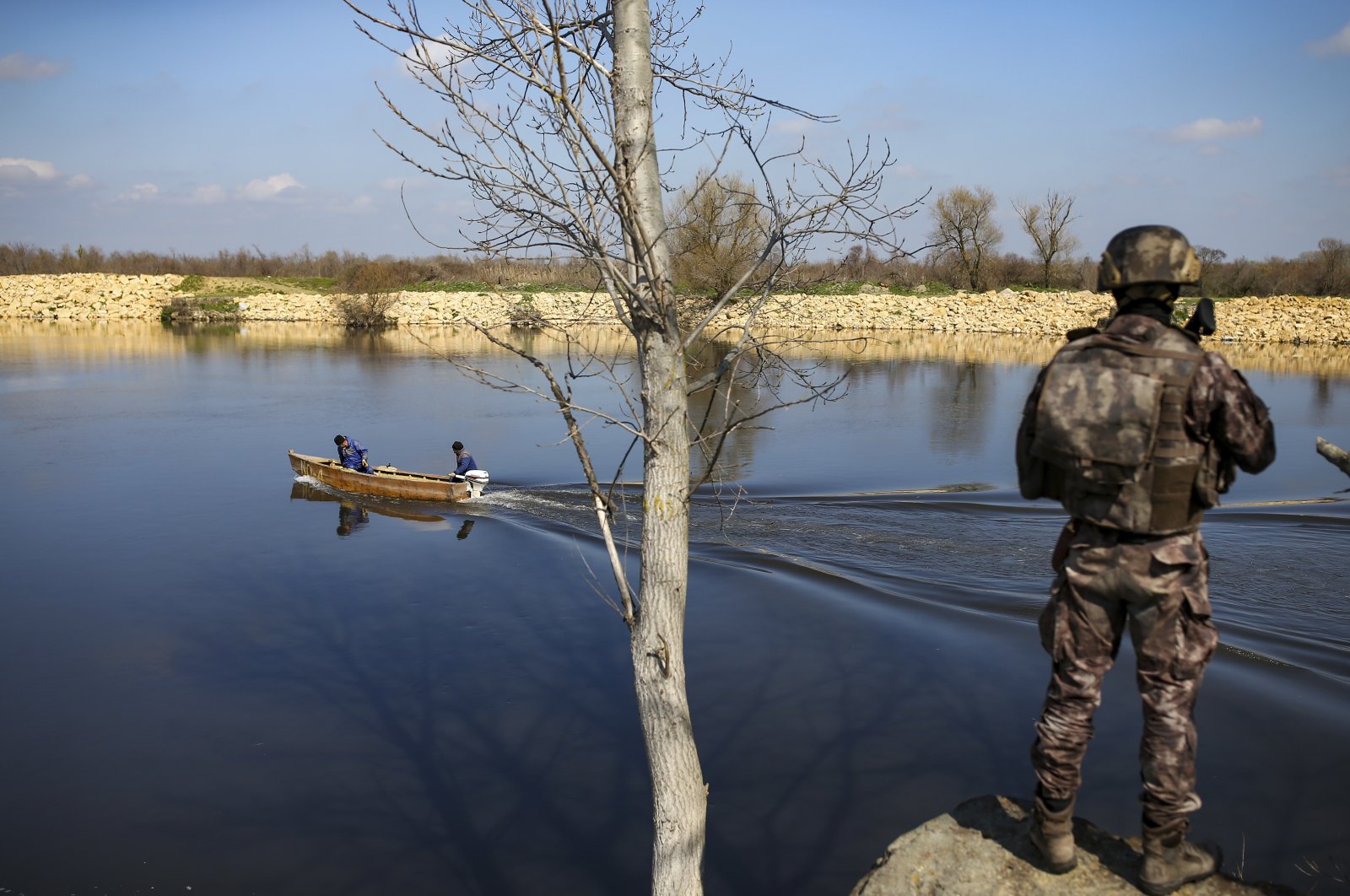 Urging Athens and “all elements involved in push-backs” to end their violations of international and EU law, as well as human rights and a 2016 migration deal between the EU and Turkey, the Foreign Ministry released a statement following two separate incidents on Feb. 23 and Feb. 24 when Greek forces assaulted groups of asylum seekers, took their valuables and left them stranded on an island in the middle of the Maritsa River between the two countries.

On both occasions, Turkish authorities rescued a total of 51 asylum seekers and migrants – including women and children – said the statement, adding that interviews with them had revealed that some were foreign nationals who came to Greece via Serbia and Bulgaria and were pushed back to Turkey.

The statement also cited another incident in which Greek forces removed 13 Afghan refugees from a refugee camp on the Greek island of Lesbos on Feb. 18 and pushed them back to Turkey after beating them and taking their personal belongings.

Over 80,000 asylum seekers have been pushed back to Turkey in the last four years, it said, accusing Greece of conducting a “systematic policy” for years on the push-backs with the involvement of the EU border agency FRONTEX.

It also called on the EU to monitor its members’ implementation of EU law and the EU Charter of Fundamental Rights “on the basis of human dignity.”

Turkey has been a key transit point for asylum seekers who want to cross to Europe to start new lives, especially those fleeing war and persecution.

Turkey hosts nearly 4 million refugees, including over 3.6 million Syrians, more than any other country in the world.

Earlier this month, six rights groups condemned what they said was the lack of an effective investigation of reports that Greece is illegally pushing migrants back over the border into Turkey and that incidents “concern practices that even put in danger human lives, in addition to the inhumane treatment of people entitled to international protection.”

The signatories included the Greek League for Human Rights and the Hellenic Council for Refugees.