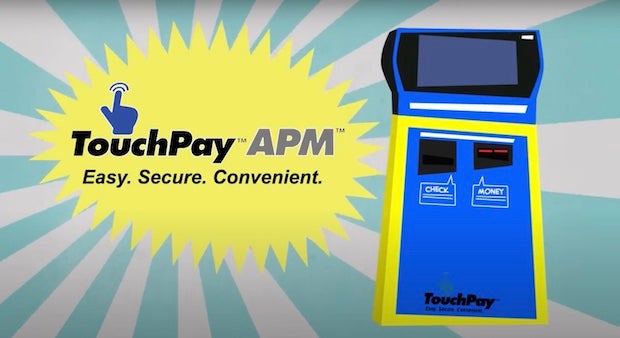 In a resolution, the arbitral body found BTI to have unlawfully copied the patented utility model of MEPS, operator of the TouchPay electronic collection system, in violation of the Intellectual Property Law allegedly in connivance with Electronic Transfer & Advance Processing Inc. (E-TAP).

The decision by the arbitration panel reaffirms the importance and value of intellectual property.

MEPS had alleged that BTI and ETAP unlawfully copied its automated payment machine.

TouchPay is an automated payment machine that offers electronic transactions for paying utility bills, prepaid loads, and more. TouchPay is owned and operated by MEPS and its utility model is registered with the Intellectual Property Office (IPO).

On the other hand, the “Pay&Go” kiosk machines are manufactured by E-TAP and were allegedly deployed by BTI led by its officers Peter Alexander Blacket, David Scott Glen, Danilo Ibarra, Neil Sison, and Alina Sison.

TouchPay has been aggressive at cracking down on machines infringing on its patent model and has been filing cases against other competing payment kiosk providers via the NBI-IPRD.

Upon evaluation, the PDRCI tribunal ruled in favor of MEPS and against BTI.

The ruling said: “Atty. Romina Miranda, the Senior Agent in the Intellectual Property Rights Division assigned to make surveillance and investigation of the alleged alterations of MEPS’ APMs and their being passed on as Pay&Go, testified that she saw personally a number of APMs with MEPS’ serial numbers on the machines that bore the label Pay&Go and altered APMs which are labeled Pay&Go but the serial number stickers had been removed.”

She saw the altered MEPS APMS that were made to appear as Pay&Go in several venues, which were BTI sites.

“The testimony of Atty. Miranda established and confirmed clearly that BTI disclosed to and shared with E-TAP confidential information on MEPS’s APMs and connived with E-TAP to copy MEPS’s APMS features and intellectual property and deployed and distributed the altered APM machines in various locations in Metro Manila,” the ruling said.

“BTI copied the registered utility model of MEPS ATMS into its APTs of Pay&Go and violated the Copyright law,” the tribunal said.

The crimes of trademark infringement and unfair competition are under Sections 155 and 168, both in relation to Section 170 of the Intellectual Property Code of the Philippines (Republic Act No. 8293).

The invention or utility model of the TouchPay machines is under patent protection, hence they cannot be used or imitated without the consent of the patent holder, creator, or inventor.

The penalty of the violation is a fine of P50,000 to P200,000 or imprisonment of two to five years, or both, upon the court’s discretion.

PayMaya ties up with drugstore chain

How patents slow down the pace of technological innovation