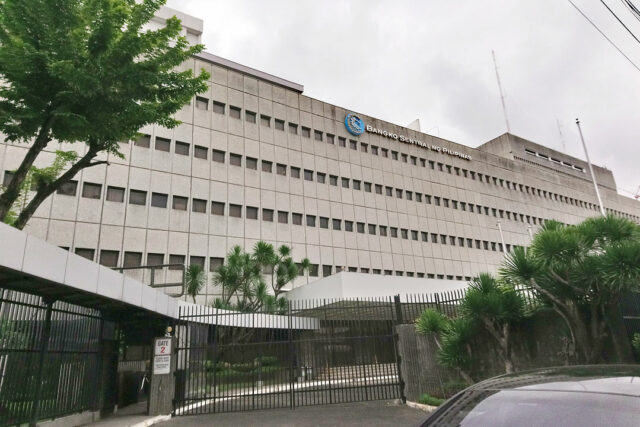 THE PHILIPPINE central bank is expected to raise the policy rate to 5% by yearend — higher than the initial 4.5% forecast — to tame inflation and protect the peso, Fitch Solutions Country Risk & Research said.

“Over the coming months, we expect that the elevated inflationary backdrop and a continued hawkish US Fed will prompt the Bangko Sentral ng Pilipinas (BSP) to tighten its monetary policy setting further,” it said in a Sept. 23 note.

Moody’s Analytics in a separate note dated Sept. 23 also said it expects the BSP to further increase borrowing costs at its Nov. 17 and Dec. 15 policy meetings.

“Currency weakness is a key issue for BSP; the peso has slipped more than 10% year to date against the greenback, making it one of the worst-performing emerging market currencies,” it said.

“Energy and food prices will remain a significant source of upward price pressures in the Philippines,” Fitch Solutions said in its report.

Inflation quickened to 6.3% in August from a year earlier, exceeding the central bank’s 2-4% target for a fifth straight month. It averaged 4.9% in the first eight months.

Oil prices are still higher than last year even if they have started to decline, the data analytics company said.

“We expect global monetary conditions to tighten further, which will force the BSP to hike more aggressively to safeguard external stability,” it added.

The US Federal Reserve has hiked its federal fund rate by 300 bps since March to a target of 3-3.25%. Fitch Solutions expects another 75-bp increase by yearend.

“So far, the BSP has continued to lag behind the Fed’s tightening cycle, causing the peso to weaken substantially against the dollar,” it said.

Markets were closed on Monday due to Super Typhoon Karding (international name: Noru), which slammed into the Philippines’ main island of Luzon on Sunday, prompting President Ferdinand R. Marcos, Jr. to suspend work and school.

“If the BSP chooses to stand pat in subsequent meetings as the US Fed continues to hike, real interest rate differentials could widen in favor of the US and trigger capital outflows, exacerbating downside volatility for the peso,” Fitch Solutions said.

“The Philippines’ strong economic recovery will provide more room for the BSP to normalize its monetary policy,” it added.

The economy is expected to continue to recover this year. Fitch Solutions earlier raised its gross domestic product (GDP) growth forecast for the Philippines to 6.6% from 6.1%.

The country grew by 7.4% in the second quarter, bringing the first-half growth to 7.8%.

Moody’s said the weak peso has put greater pressure on imported inflation, while the trade deficit has widened to record levels in recent months.

Data from the local statistics agency showed the trade-in-goods balance stood at a record $5.927-billion deficit in July. This was wider than the $5.869-billion gap in the previous month and the $3.505-billion deficit a year earlier.

“Price pressures are expected to broaden after the government approved hikes in the minimum wage and transport fares,” Moody’s said. “The rise in core inflation over the last few months indicates that demand-side pressure is building.”

“Above-target inflation keeps the door open for BSP to continue with rate hikes. The central bank will also be pressured to move in tandem with the Fed to support the peso,” it added. — Keisha B. Ta-asan