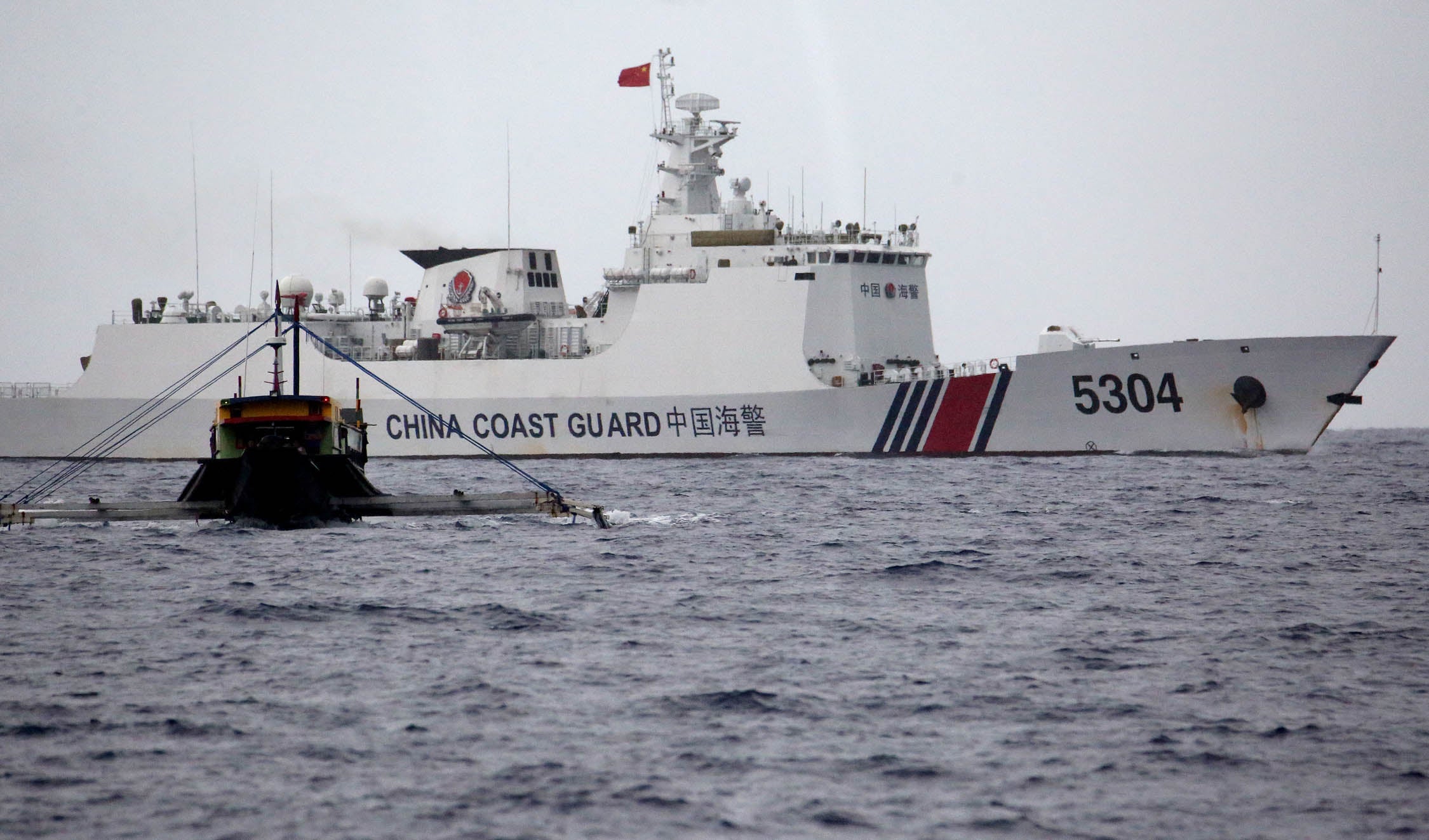 A Chinese Coast Guard ship towers before a vessel manned by members of the Philippine Navy on its way to the grounded vessel BRP Sierra Madre at the Ayungin shoal at dawn on Tuesday June 21 and one of the nine stations guarding the West Phil.  INQUIRER FILE PHOTO/ MARIANNE BERMUDEZ

New York City—Citing the US-China “ping-pong diplomacy” in the ’70s as example, President Marcos said the Philippines would explore all avenues to peacefully resolve the West Philippine Sea row with China.

“The position that the Philippines takes is that we have no territorial conflict with China. What we have is China claiming territory that belongs to the Philippines,” he said in a forum with the international think tank Asia Society on Friday that capped his six-day visit to the United States.

The Philippines has filed numerous diplomatic protests against China’s harassment of Philippine fishing and Navy vessels in the West Philippine Sea, stressing its 2016 victory in an arbitration court that invalidated China’s sweeping claims over nearly the entire South China Sea and upheld the Philippines’ maritime exclusive economic zone.

He said the Philippines maintains its position on maritime territories, fishing rights and economic zones but nonetheless continues to engage China on other aspects, citing economic and people-to-people relationships and cultural exchanges with China.

In US visit, Marcos cites role of OFWs in recovery

“Hopefully, if we make progress in other areas, this will help. I always quote that the time, the way that the United States, for example, and China came together was through ping-pong,” said Mr. Marcos.

‘We must explore everything’

Now referred to as the ping-pong diplomacy, the series of matches held in April 1971 with the American national table tennis team who were invited to China by their Chinese counterparts became a watershed event that eased the Cold War tension between the United States and China that led to the reopening of trade and diplomatic ties in 1979.

“Can we do it [with] basketball?,” joked Rudd, referring to the game’s popularity in the Philippines.

“Basketball. It could be another,” said Mr. Marcos, with a laugh.

The start of the forum was pushed back for about an hour after about 10 people demonstrated against the Marcos martial law regime right outside the auditorium inside the tightly guarded Asia Society headquarters in Park Avenue.

After a few minutes of chanting anti-Marcos slogans, the protesters who had sat down on the floor with arms linked were dragged or carried away by members of the Secret Service.