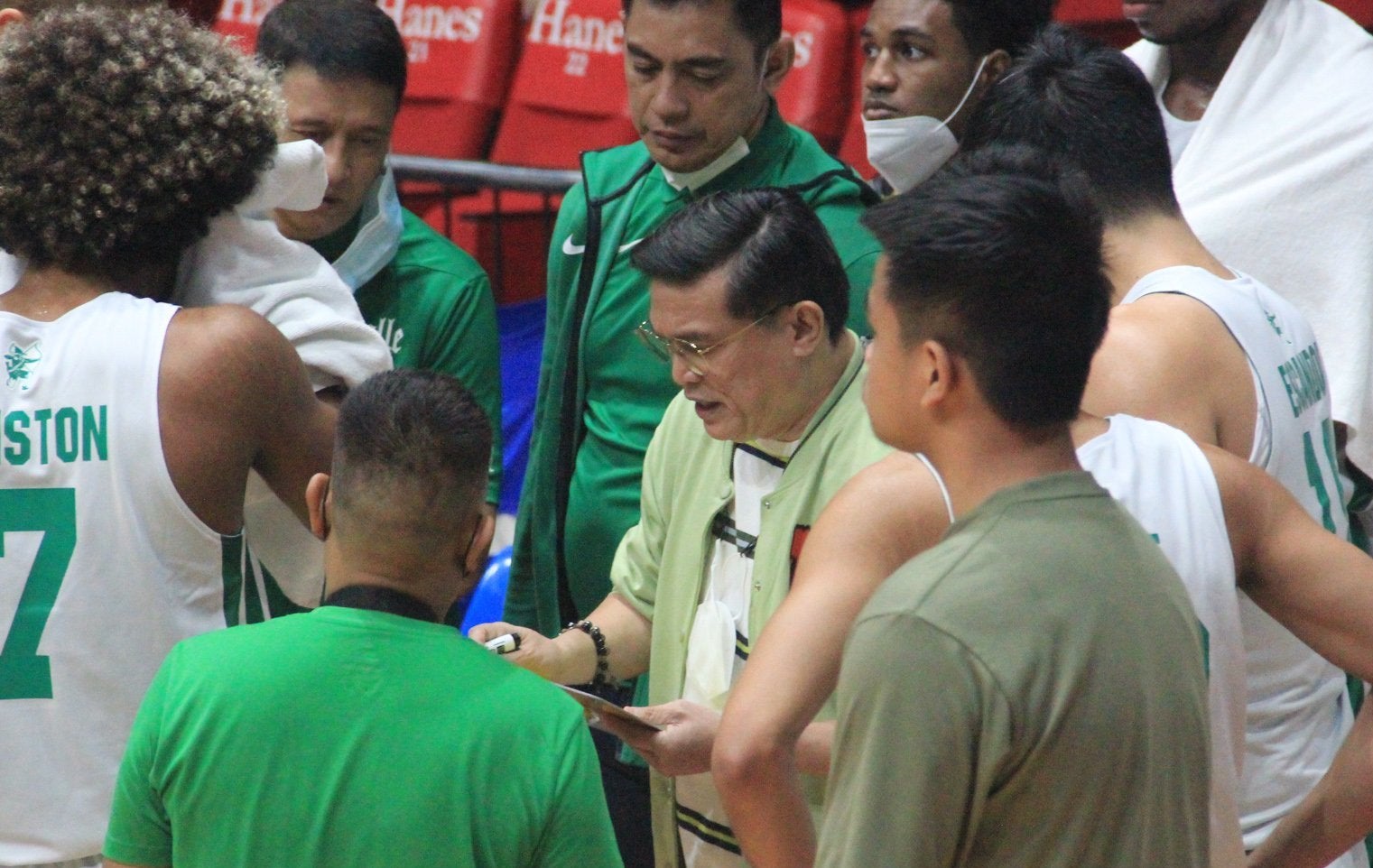 La Salle during a game in the Filoil Preseason Cup. Photo from Filoil

MANILA, Philippines—After fumbling a PBA D-League Finals appearance eight hours prior, La Salle vented out its anger in a blowout win over San Sebastian, 75-47, in Group B to clinch a quarterfinals spot in the Filoil EcoOil Preseason Cup at San Juan Arena on Sunday.

The Green Archers limited the Stags, who also played in the D-League semifinals earlier, to a preseason-low 47 points.

La Salle outscored San Sebastian (2-2) 22-7, in the opening period and never looked back.

Gilas gets solid core with Clarkson, Sotto planing in

Jalen Green has no doubt Kai Sotto will make the NBA

The Stags had to bleed for points, scoring below 20 points in each quarter including a combined 22 points in the middle periods.

La Salle clicked on both ends, shooting 45 percent from the field while holding San Sebastian to a 20 percent clip.

The Green Archers also outrebounded the Stags in a big way, 57-41.

Ice Blanco came off the bench and scored 16 points for La Salle, which also dominated the rebounding department, 57-41.

Both teams will also play on Wednesday against separate opponents in a pair of Game 3s in the PBA D-League semifinals at Araneta Coliseum.

PBA: Jayson Castro leads TNT past Magnolia, back to finals