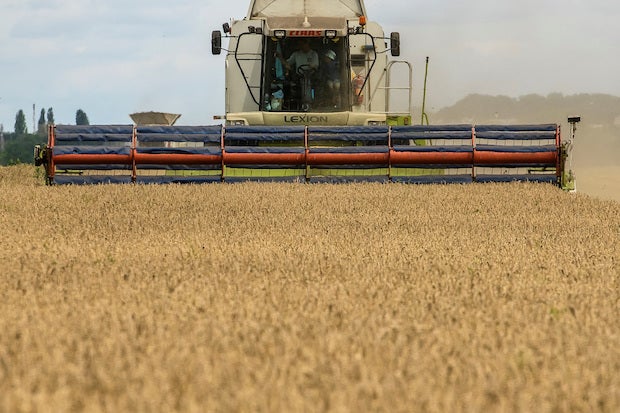 A combine harvests wheat in a field near the village of Zghurivka, amid Russia’s attack on Ukraine, in Kyiv region, Ukraine Aug. 9, 2022. (REUTERS/Viacheslav Musiienko)

UNITED NATIONS — The United Nations expects to see a “big uptick” in applications for ships to export Ukraine grain after transit procedures were agreed on by Russia, Ukraine, Turkey, and the United Nations, a senior UN official said on Wednesday.

The number of inbound vessels is expected to “grow in the near future” as grain deals are made, said Frederick Kenney, interim UN Coordinator at the Joint Coordination Centre in Istanbul, which oversees a deal between Russia, Ukraine, Turkey and the United Nations to resume Ukraine grain exports.