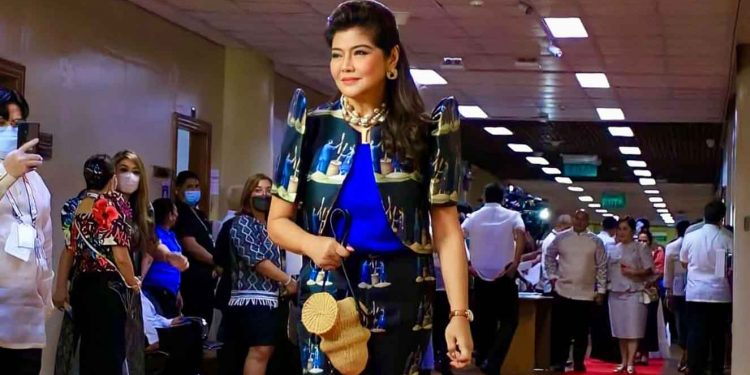 Senator Imee Marcos recently visited Vigan, Abra, and Laoag – three of the cities greatly affected by the magnitude 7 earthquake that devastated the northern part of the country.

Imee distributed much needed help to many families in the region and consulted with the people to find out what other necessities they need.

She also did the rounds of the historical sites that were damaged by the big tremor.

The lawmaker documented the visited on her vlog.

It includes exclusive and never-before-seen snippets of her meeting with President Bongbong Marcos and other local officials as they discussed further safety measures and assistance for the people in rebuilding their damaged homes and coping with the aftermath.

On Saturday, Imee shifts to a lighter tone sharing her tour of various cinemas during the opening week of “Maid In Malacañang.”

She said, “The support of the public to the movie is truly overwhelming. I have been so nervous on how it will fare in the box-office because this project is very dear and personal to me. It’s so humbling and gratifying to personally witness people lining up to see it. I can never thank everyone enough for all the love and support.”