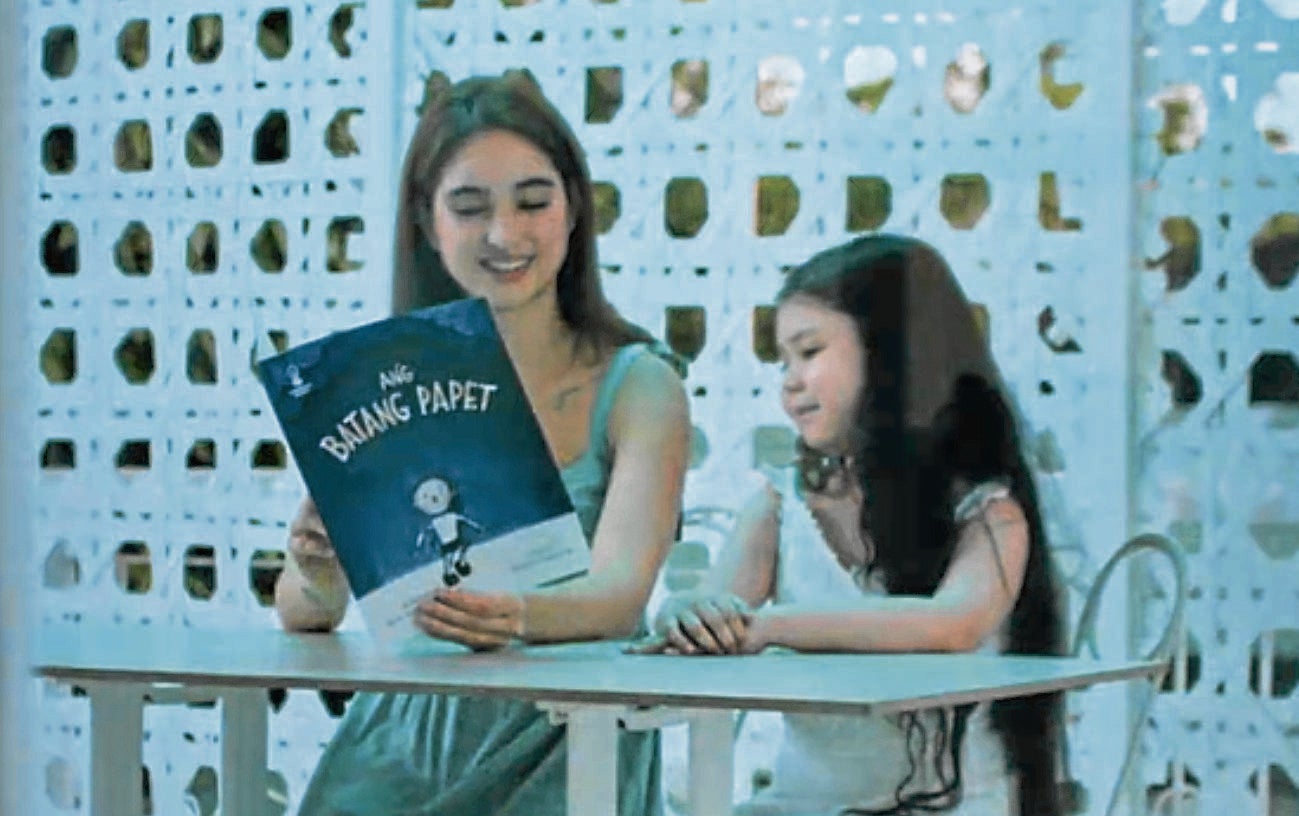 If a film production team wants actress Coleen Garcia to be a part of its cast, it has to be prepared to comply with her request: The new mom has to take a break from shooting every 12 noon, 3 p.m. and 12 midnight to breastfeed her baby, Amari.

“Coleen did this every single day during the six days that we shot the film. I eventually got used to it. It was the entire team’s time to take a break because Coleen will breastfeed Amari, no matter what happens,” said Roman Perez Jr., director of the domestic thriller “Kaluskos,” an entry to the 18th Cinemalaya Philippine Independent Film Festival.

Despite the limitations, Roman said Coleen didn’t disappoint. “We consider ourselves lucky that Coleen accepted the role. I’ve worked with her before, but I noticed that she has changed a lot as an actor now that she’s a mom. Her precision is still there, it’s just that we saw her maturity as well,” Roman pointed out.

“Coleen is an expert in continuity. She knows what her hair looked like in the previous scene, even the saliva that got stuck in the corner of her mouth, or the wrinkles in her clothes. She’s very detailed. She keeps track, even of her emotional continuity,” Roman observed.

In order for her to continue breastfeeding 1-year-old Amari even while at work, Coleen opted to bring the toddler—and husband Billy Crawford—inside the shooting bubble with her. “There’s this one time when Amari woke up earlier than usual and kept crying. Billy was there, but he just couldn’t handle the situation. I had to say sorry to Direk because I really needed to feed Amari. We had to pause for that, and I felt so bad. It was good that Direk was very patient with me,” Coleen confessed.

Being a mom has definitely given her more depth as an actor, said Coleen. “It feels very natural to me. It’s not something I had to study or think about actively. Now, it’s like muscle memory. It’s in the way you touch a child or talk to her; it’s in the emotions you express when you’re about to lose patience or when you’re already feeling too tired,” she pointed out.

“When you’re a parent, there are certain things that should come out naturally, like the tenderness you show your child, or the affection you give to your husband. These are things I’m glad I was already able to personally experience before jumping into this role because I don’t know if I would have played it the same way if I weren’t a mom yet,” she declared.

In “Kaluskos,” Coleen is Rebekah, a mother in the middle of a custody battle over her estranged daughter, Amaya. She finds something underneath her daughter’s bed that will question her love for her child.

Asked to share what lesson she hoped the audience would learn from her character, Coleen said: “Invest in your family so you won’t lose them. It’s important to have your own career, to have different priorities in life, but you can’t expect to get something in return if you’re not putting enough in. When I say investing, I’m not talking financially but emotionally. Once you start to lose your family, it’ll be hard to get it back.

“This movie is about dealing with loss. Rebekah lost her husband to somebody else. She’s in that fork on the road because she feels that she’s going to lose her child, too. Before it gets to that point, you really have to put everything in check, to make sure you know your priorities and take care of them.”

For “Kaluskos,” Coleen had to work closely with 6-year-old Queenzy Calma, a first-time actor, as well as with Karl Medina, who plays her husband. “The story opens with the custody battle for Amaya. She’s not close to her mom because Rebekah has always been a career-oriented person. Amaya is being raised by the father. They never really formed much of a relationship, especially if you compare it with the dad who’s with Amaya 24/7,” Coleen explained. “I had to maintain a bit of distance from Queenzy because I wanted to make it easier for her, too. Since our characters aren’t close, Queenzy has to feel that awkwardness when she hugs me.”

For Roman, Queenzy is a rare find. “I direct a kids’ show on ABS-CBN titled ‘Team Yey!’, where Queenzy’s brother, Nhikzy, is a part of. I would always see Queenzy tagging along with her mommy and brother. She has never acted before, something that I liked because I was looking for someone fresh and very raw. Also, Queenzy looks so much like Coleen. They even have the same skin color,” Roman began.

“Queenzy’s mom said the child appeared in a Kapamilya show once. I said that’s good because it means she knows her way with the cameras. That’s actually more important to me than knowing how to read the script. We discovered that with proper guidance, Queenzy was perfect. She follows instructions well. Coleen knows this. She witnessed how sharp Queenzy is,” the director said.

Roman added that prior to casting Coleen, his team had other considerations. “What was certain was that we were looking for a new mom. We then saw that Coleen really embraced her being a mom. She’s very hands-on. The video of her breastfeeding her son at a mall even became viral. Her type is the kind we wanted for the role of Rebekah—a new mother who’s plunged into this kind of discourse. There’s a custody battle that will measure the amount of sacrifice a mother is willing to give for her child. But what happens if she realizes that her child doesn’t love her back?”

The 18th Cinemalaya will run from Aug. 5 to 14 at the Cultural Center of the Philippines in Pasay City.