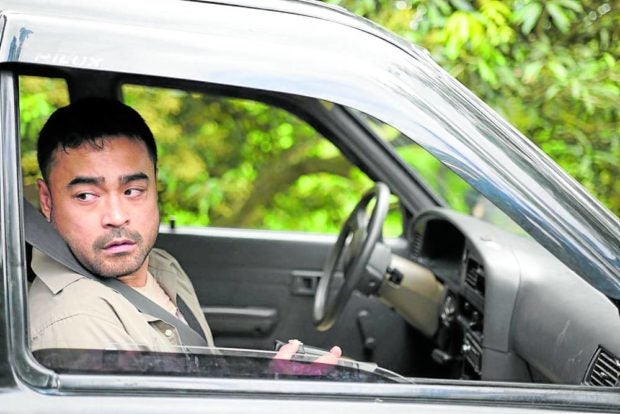 “It hurts to be honest. It’s painful. It wasn’t easy … We were balancing on a tiny rock and there was nowhere else to rest any part of your body. One wrong move and you could fall. The director wants to capture something but the environment wouldn’t allow it. Audio was difficult. They were trying to give us directions, but we couldn’t hear or understand anything because it was so noisy,” Sid said at a media conference for the movie directed by Brillante Mendoza.

Princess Punzalan recounts abortion at 15: ‘The guy wouldn’t stand up for the baby’

“It’s easy to fantasize about it … But the truth is when you’re all wearing nothing, when you have nothing to hide and when you’re as vulnerable as you can be, you just want to get the scene done and over with. It was fun, but it was an experience,” he said.

Still, Sid tried to make sure that everyone in the scene were as comfortable as they possibly could, given the setup. “We’re all in this together … We’re all naked, let’s respect each other … These are my friends and I care about their feelings and limitations. And I care about how they see themselves in the industry as actors,” he said.

Meanwhile, in scenes where he had to be naked, Sid opted not to use plaster over his privates. “I want to say it was prosthetics, but it wasn’t all that impressive. So that’s all me!” he joked, laughing. But I didn’t really mind. It’s a Brillante film. I mean, what would you do if you saw waterfalls in the middle of a forest and you’re not supposed to be there.”

“In scenes where I took off my clothes because I don’t like the idea of having to hide it, I want it to be as natural as possible. And I think Vivamax being an online thing is a good avenue for us to open up ourselves to the sexuality of things, which is normal. Let’s make a film and capture life as it is,” he said.

While “Virgin Forest” shares similar themes with Peque Gallaga’s 1985 film of the same title, the new one follows a different story. 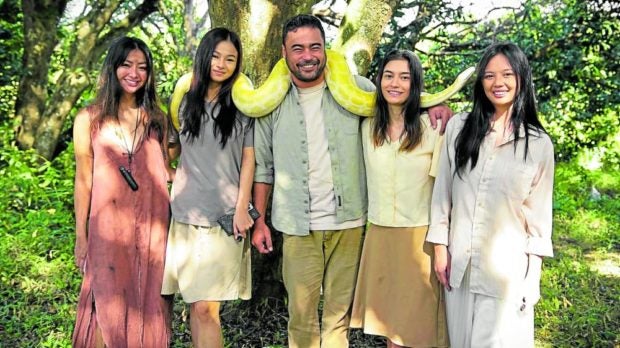 A photojournalist named Francis (Sid) is commissioned to take photos of the flower Rafflesia schadenbergiana—a parasitic plant species endemic to the province of Bukidnon. But there Francis stumbles upon something far graver: an illegal logging operation and a prostitution den.

Francis meets the captive prostitutes Angela (Katrina Dovey) and her younger sister Karla (Angeli Khang). And so he sets aside his professional assignment and tries to muster strength and courage to rescue the two. “It’s sad that the topics the film tackles are still relevant today like it was almost 40 years ago. And it’s going to be sadder if there will be another one years from now,” he said. Meanwhile, this was the second time he worked with sexy star Angeli after “Silip sa Apoy.” This time establishing rapport was a lot easier, Sid said, because they no longer had to gauge each other’s tendencies or limitations. “When we first worked together, I was all set about supporting her throughout. Everything I believed she needed I was going to provide. And she basically introduces herself through the scenes,” he said.

“It’s easier this time because you no longer second guess if what you’re about to do is OK with her. In our first film, we had no choice but to bare our souls to each other. So that kind of put a particular arc of the working relationship on fast forward … But the time we did this movie, we already knew each other better,” Sid said.