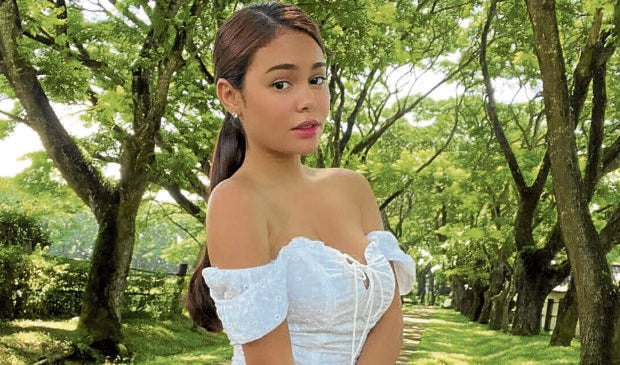 “The core concept was changed to make it 10 or even 20 times better than what was left behind,” declared Jay Fernando, head of the creative team behind “A Family Affair,” the project that Bea Alonzo had dropped when she transferred from ABS-CBN to GMA 7.

The series now has social media superstar Ivana Alawi as lead actress. “When Bea left, the management felt that the show was too good to be shelved. So the creative team wracked its brains and worked on improving it,” Jay pointed out. “Ivana was top of mind when we changed the entire show. Bea and Ivana are two different people. You will see that Ivana is able to offer things that are modern, new and exciting for this project. Those were what we expanded to make this show completely hers,” Jay told reporters during a recent media gathering to promote the show, which premiered on June 27.

“It’s common knowledge that this was Bea’s, but really, the story has already changed so much,” said Jerome Pobocan, who codirects the series with Raymund Ocampo. “When we got in, Ivana was already set to play the role of Cherry Red. It’s a perfect vehicle for an upcoming actress. Ivana had a hard time in the beginning, but she eventually got a hold of the character.”

Raymund added: “I remember Ivana during the workshop. That’s where we realized that she and Cherry Red are similar in a lot of aspects, first of which is their love for their family.”

Dennis Padilla answers Leon Barretto’s open letter: ‘Been reaching out to you for 15 years’

In the series, two brothers, David and Paco (played by Sam Milby and Gerald Anderson, respectively) battle it out to win Cherry Red’s heart.

“This was why Cherry Red really has to be beautiful and desirable,” explained Jay. “Ivana is one of those women who is desired by men. More than that, she is actually a role model to a lot of women, which is also a characteristic of Cherry Red. She represents the modern woman—idolized by girls, desired by men.”

Meanwhile, Ivana, who said it had been three years ago since she last acted in front of the camera, claimed she found it harder to shoot crying sequences compared to doing love scenes.

Ivana shot “intimate scenes” with both Sam and Gerald for the series. “I felt very safe when I was with them. I’m comfortable being with them, so taping for those scenes weren’t as difficult. Yes, I was exposed. That’s what made our taping a lot challenging, especially for Gerald, who was my partner in most of the love scenes. But he is such a gentleman. Whenever he would carry me or try to undress me as part of a scene, he would position himself in such a way that I would get fully covered,” she told Inquirer Entertainment.

Ivana added: “It’s true that I had a hard time in the beginning. I was used to just being myself and not assume any role when I do my vlogs. I even had to change my voice a little for the show. In my vlogs, maingay ang bunganga ko. I can’t do that for the show. However, this was nothing compared to how much I needed to adjust to be able to cry on cue.”

Her inability to weep on demand has a lot to do with her personality, explained Ivana. “Hirap ako humugot because I’m not the type of person who harbors ill feelings toward others. I forgive easily and quickly,” she beamed.

Ivana said she has since developed a technique to be able to quickly shed tears. “I would sometimes call my siblings before a scene. We would talk about our lives and past experiences. It’s because of them that I feel vulnerable. This project has made me realize how hard it is to be an actor. You would have to keep recalling painful past experiences, those you’d rather forget,” Ivana pointed out.

Despite all the challenges, Ivana said she has learned to appreciate acting and would continue to pursue it; even though she already has enough influence and support on social media. “It’s different when you enjoy something and you have the passion for it,” she stressed.

Ivana added that her interest in acting started when she was 5 years old, after watching ABS-CBN-produced TV series for the first time when she was still living in Bahrain with her mom. “I found myself crying, too, even though I didn’t really understand Tagalog that well. Teleserye-watching became my bonding with my mom,” she recalled, adding that she would later go from one audition to another when they finally flew home to Manila.

“I’ve experienced so many rejections then, from teleseryes to TV commercials. I had to learn how to be tough, because if I wasn’t, I would have opted to quit many years ago—and I wouldn’t have gotten this opportunity today,” she said. INQ