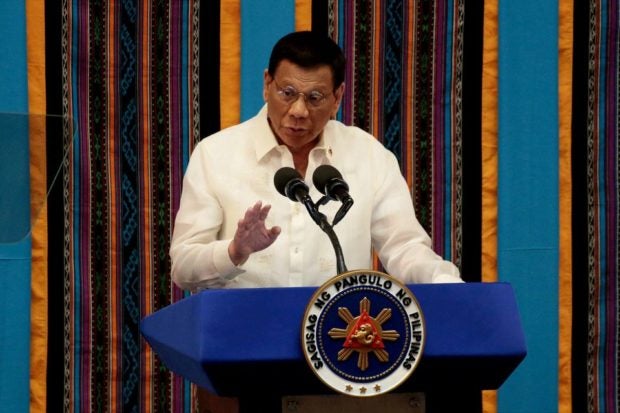 MANILA, Philippines — President Rodrigo Duterte has been getting high approval ratings from September 2016 to March 2022, according to a report released by Pulse Asia on Tuesday.

As of March 2022, Duterte had a 73 percent approval rating, which as Pulse Asia was lower than earlier ratings he got.

Throughout his term, Duterte’s approval rating has coasted above 70 percent, except in September 2021, when it dipped to 64 percent, according to the report.

Not long after that, Duterte’s rating jumped back up to 72 percent in December 2021.

Before this, Duterte enjoyed ratings ranging from the high-70s to the 90s. He got his highest rating of 91 percent in September 2020 and November 2020.

region, Duterte in March 2022 scored his highest rating in Mindanao at 89 percent, Metro Manila at 74 percent, Balance Luzon at 70 percent, and the Visayas at 61 percent.

He also gained a rating of 73 percent from both rural and urban areas.

In terms of income class, Duterte fared the highest among those belonging to Class ABC at 77 percent, then Class D at 73 percent, and 72 percent in Class E.

Duterte: I don’t care about ratings

Palace: Tirades vs Duterte have no effect on his approval, trust ratings