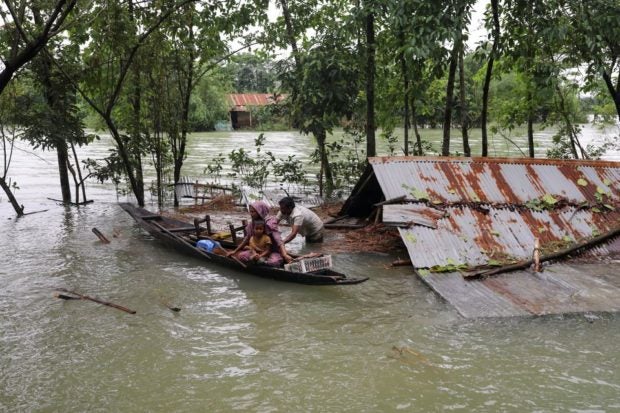 People get on a boat as they look for shelter during a widespread flood in the northeastern part of the country, in Sylhet, Bangladesh, June 19, 2022. REUTERS

LONDON — Scientists say that climate change was likely to have made the rains that unleashed catastrophic flooding across Bangladesh worse.

It would take months to determine exactly how much of a role climate change played in last week’s heavy rains.

“The strong monsoon winds in the Bay of Bengal can carry a lot more moisture,” said Roxy Mathew Koll, a climate scientist at the Indian Institute of Tropical Meteorology. “The large amount of rainfall that we see now might be a climate change impact.” 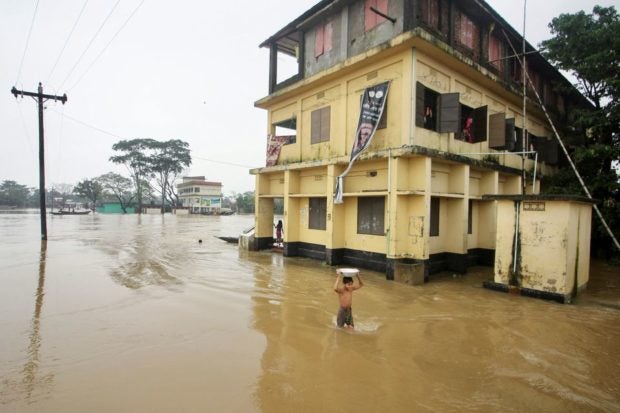 A boy wades through a flooded area during a widespread flood in the northeastern part of the country, in Sylhet, Bangladesh, June 19, 2022. REUTERS

The South Asia monsoon season, from June to September, is governed by several, overlapping patterns in the ocean and atmosphere, including the El Nino-La Nina weather cycle and the Indian Ocean Dipole. Currently, those systems are driving strong, southwesterly winds over the Bay of Bengal.

But the monsoon patterns have shifted in recent decades, as the average temperature for Bangladesh has risen at least 0.5 degrees Celsius since 1976.

“Instead of having moderate rains spread out through the monsoon season, we have long dry periods intermittently with short spells of heavy rains,” Koll said. “When it rains, it dumps all that moisture in a few hours to a few days.”

On Tuesday, Bangladeshi troops were navigating dinghys through brackish floodwaters to rescue those in need or deliver food and water to some of the 9.5 million people marooned. Officials say at least 69 people have died in the disaster. 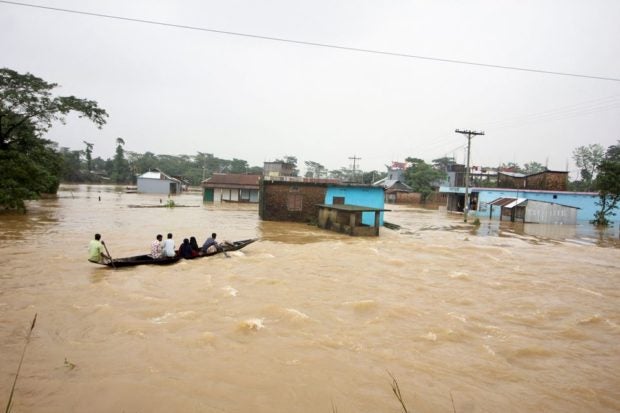 People move a boat in a flooded area during a widespread flood in the northeastern part of the country, in Sylhet, Bangladesh, June 19, 2022. REUTERS

Last week’s heavy rains, which caused Bangladesh’s rivers to breach their banks, followed less than a month after the neighboring Indian state of Assam was hit by similar rain-triggered flooding, which killed at least 25 people there.

Bangladesh is considered one of the world’s most climate-vulnerable countries, with a 2015 analysis by the World Bank Institute estimating about 3.5 million Bangladeshis are at risk of river flooding every year. The floods also threaten the country’s agriculture, infrastructure and clean water supply.

The region’s countries “all suffer if there’s no rain. They suffer when there’s too much rain,” said Anders Levermann, a climate scientist at Potsdam Institute for Climate Impact Research and Columbia University. “What they would need is a steady rainfall, as we had in the past and as is threatened now under global warming.”

Flood situation in Bangladesh likely to get worse, cry for help grows louder