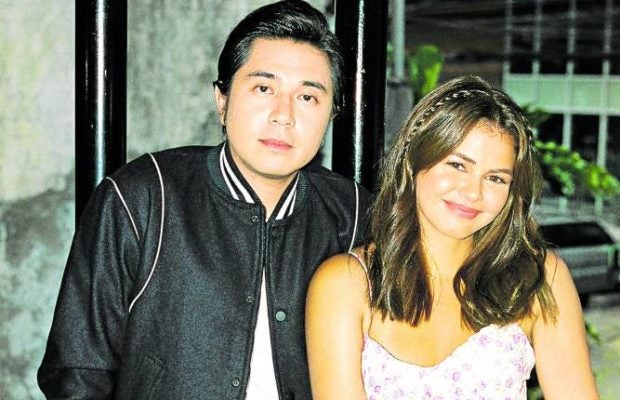 I try to befriend the girl first,” said actor Paulo Avelino as a way to share with show biz scribes how he would begin courting someone he is romantically attracted to.

The actor is currently single but is being romantically linked to actress Janine Gutierrez, his leading lady in the ABS-CBN romantic-comedy series “Marry Me, Marry You.”

The onscreen couple is currently promoting their movie, Prime Cruz’s “Ngayon Kaya,” which was shot prior to the release of their digital series.

“When it comes to love or to dealing with my crushes, especially when I was younger, dinadaan ko muna sa friendship. This was because I was always never sure if the girl is also interested in me and if I’d have a fighting chance at winning her heart or not. Plus, I never had enough money to spend for dates,” he told reporters during a recent special screening of the film.

Asked to react to Paulo’s comment, Janine—as if giving Paulo a hint—said that if there was anything that the existing pandemic situation has taught her, it was, “To never put off doing something for tomorrow if you can already do it today.”

The actress pointed out: “That’s what I’ve learned from the characters in this movie. I enjoy stories like this because they make me reflect on my own life. Our collective experience these past two years has taught me that life is uncertain—that’s how it works. We have to look out for ourselves and for those we care for because we don’t know what the future holds.”

During the special media screening’s Q&A session, the duo was asked to describe their present working relationship. To this, Paulo replied: “We finished working on the movie before the pandemic. This film was supposed to be released during the summer version of the Metro Manila Film Festival in 2020.

“This was our first project. Back then, we didn’t stay in a lock-in set. We were still allowed to go home after the shooting. When we did ‘Marry Me, Marry You,’ we didn’t have any choice but to keep each other company because we had to stay in a bubble as part of the protocol. We would hang out every day so we got to know each other better compared to when we were doing the movie.”

Janine agreed with Paulo, adding that: “Prior to doing ‘Ngayon Kaya,’ I considered Paulo as one of my idols. I have always wanted to work with him. I’ve watched a lot of his movies. When I learned that he agreed to go on board as one of its producers, I realized even more how special the material is.

“I’m just happy that we were able to give happiness to a lot of people with our work on ‘Marry Me, Marry You.’ Then things worked out that this would finally be shown in cinemas. I think it’s exciting because this is so different from what we’ve shown in the series, and people who didn’t get to watch that would really appreciate the film because of the story,” Janine stressed.

In “Ngayon Kaya,” Paulo and Janine portray college buddies Harold and AM, respectively, who are reunited years later as guests at a wedding. They recall important highlights in their friendship and try to understand what happened during the years they were apart, eventually admitting what they truly feel for each other.

“I really enjoyed shooting the film. Everyone was collaborative. We would discuss our lines with Direk Prime and Jen (Chuaunsu, scriptwriter). The environment that our producer T-Rex Entertainment created was such a happy and cheerful one,” Janine recalled.

Being one of its producers has made the film extra special for Paulo. He explained: “The idea for me to coproduce [via WASD Films)]was actually brought up later in the production of the film. Budget is always the problem in most film projects. We’ve learned to make do with what we had. This was also not the first film I produced. I was also a coproducer with TBA of ‘Dito and Doon,’ which also stars Janine and JC Santos.”

Paulo will be working on another project with Janine by the year-end. “It’s a series that will be coproduced by ABS-CBN and a foreign network. We’re not sure yet, but the plan is for us to shoot abroad,” he reported.

As for Janine, she will begin shooting for another teleserye (“Dirty Linen”), this time, opposite Zanjoe Marudo, also for the Kapamilya network. The actress will also be part of an indie movie that will be shown in August.