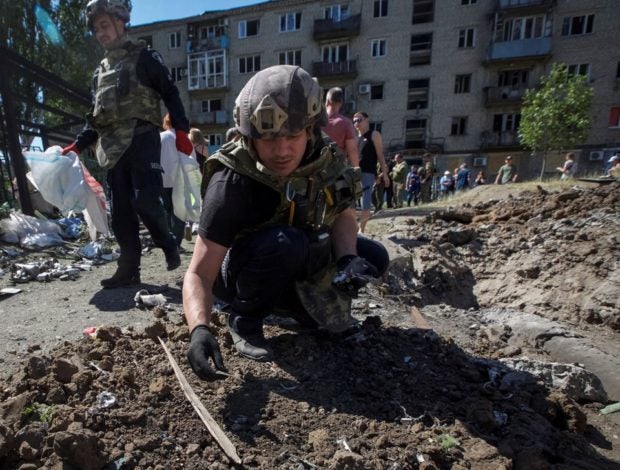 A police expert works near an apartment building destroyed in a military strike, amid Russia’s invasion of Ukraine, in Kurakhove, Ukraine June 7, 2022. REUTERS

Ukraine is launching a “Book of Executioners”, a system to collate evidence of war crimes Kyiv says were committed during Russia’s occupation, President Volodymyr Zelensky said on Tuesday.

Ukrainian prosecutors say they have registered more than 12,000 alleged war crimes involving more than 600 suspects since the Kremlin started its offensive on Feb. 24.

“Next week, a special publication is to be launched – ‘The Book of Executioners’ – an information system to collect confirmation of data about war criminals, criminals from the Russian army,” Zelensky said in a video address.

Zelenskiy said this would be a key element in his longstanding pledge to bring to account Russian servicemen who have committed what Ukrainian authorities have described as murders, rape and looting.

“These are concrete facts about concrete individuals guilty of concrete cruel crimes against Ukrainians,” Zelensky said.

He cited the Kyiv suburb of Bucha, where investigators found what they say is evidence of mass executions.

Russia says it has gone out of its way to avoid targeting civilians in its “special military operation” in Ukraine. Russian officials have specifically dismissed pictures of events in Bucha as “fabrications” staged by Ukrainian authorities after Russian forces left the town at the end of March.