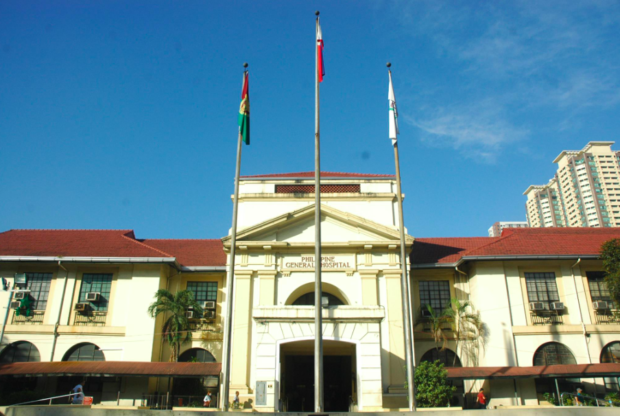 MANILA, Philippines — The emergency room at the Philippine General Hospital is again overflowing with patients, with its capacity reaching up to 200%, but this is not due to COVID-19, an official said Tuesday.

(Because of that, the emergency room is cramped and many patients cannot be brought to wards.)

There are also patients that were brought in from other hospitals.

(This has been going on for almost a month where patients are flocking the hospital, especially in the last two weeks where the emergency room is overflowing.)

To manage this, Del Rosario said they are monitoring the wards to facilitate discharges so that there would be space. They are also coordinating with other hospitals to take in their other patients.

He added that PGH has also added at least 10 to 15 beds — which are not all hospital beds but only stretcher beds — to accommodate more patients.

PGH also suspended their elective procedures for now so that its staff can focus on emergency cases.

(For now, we are only accommodating life-threatening emergencies. For now, we have suspended again our elective procedures to focus on emergency cases.)

Del Rosario advised patients intending to get admitted at PGH to go to their local hospitals or secondary provincial hospitals if their cases are not really an emergency.

(Our advise for them is if their case is not a dire emergency, they should instead go to their local hospital or secondary provincial hospital.)

Del Rosario said the PGH only has less than 20 COVID-19 patients, which are mostly experiencing moderate symptoms.

(So far, we are not experiencing the reported spike in cases.)

He surmised that some patients who have tested positive for the coronavirus only experience mild symptoms and have opted to recuperate at home.

Village exec gunned down in Cabanatuan