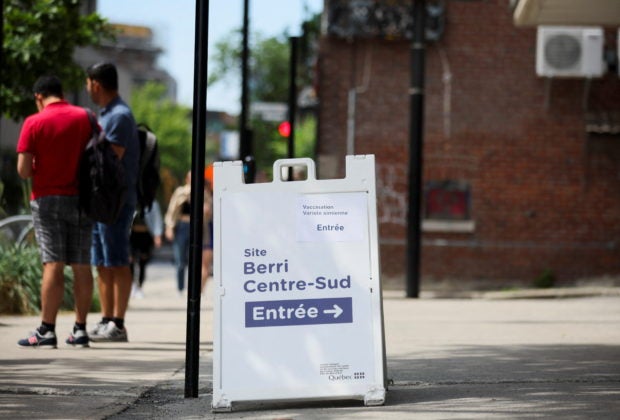 OTTAWA — Canada issued a monkeypox-related travel notice on Tuesday, advising travelers to over two dozen countries, including Australia, Britain and the United States, to take precautions and warned of potential delays returning home if they fell ill.

In a level 2 notice – one grade below a call to avoid non-essential travel – the Public Health Agency of Canada said travelers may be subject to procedures to limit the spread of monkeypox, such as isolation, should they become infected.

“You may have limited access to timely and appropriate health care should you become ill, and may experience delays in returning home,” the agency said on Twitter.

Around 30 countries where monkeypox is not endemic have reported outbreaks of the viral disease, with more than 911 confirmed or suspected cases mostly in Europe.

Canada has confirmed 81 cases of the disease, most of which were recorded in its second-most populous province of Quebec.

Monkeypox, which spreads through close contact and was first found in monkeys, mostly occurs in west and central Africa and only very occasionally spreads elsewhere.

Canada reports 10 new cases of monkeypox, including the first in Ontario