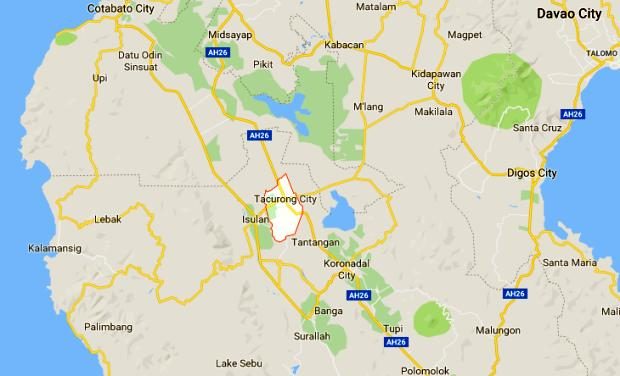 Tacurong City (outlined in red) is in the province of Sultan Kudarat in Mindanao. (Image from Google Maps)

TACURONG CITY, Sultan Kudarat, Philippines — The battle against rat infestation in this city has gained ground with 5,800 rat tails presented to and paid for by the city agriculture office.

As of June 2, the city agriculture office has paid P68,000 for 5,800 tails collected by farmers in a bid to rid the rice fields here of rodents, according to City Agriculturist Ivan Gerry G. Arzagon.

The local government paid P8 for each rat tail.

Farmers here have been called to help fight rodents that destroy agricultural crops and spread water-borne diseases such as leptospirosis, especially with the onset of the rainy season.

In support of the program, and driven by the incentives, farmers hunt rats in their rice fields and present the tails to the local government in order to claim their incentive through the city agriculture office.

The rats-for-cash initiative is open to all farmers except for senior citizens and minors due to COVID-19 health protocols.

Arzagon said the incentive is an alternative to using chemicals to eliminate rodents.

Arzagon said the Philippine Crop Insurance Corp. has shelled out P1.8 million as cash assistance to farmers whose crops are vulnerable to rats and other natural calamities.

‘Cash for rats’ drive in Pampanga town off to good start with at least 4,000 rodents dead