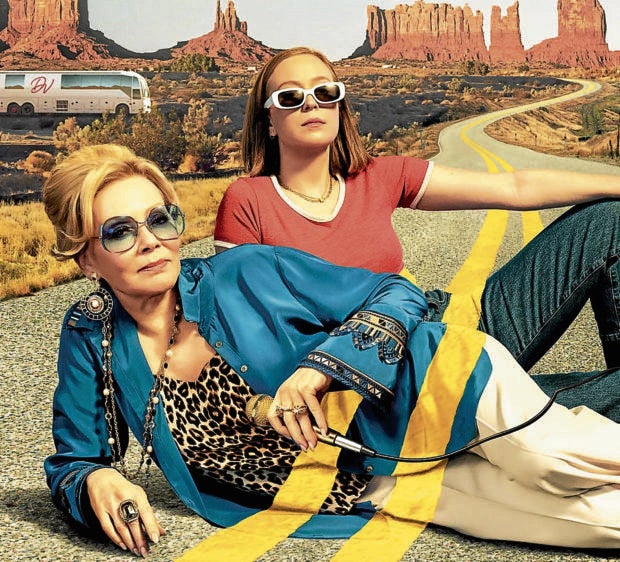 It’s rare for any movie or TV show to get a 100-percent approval rating on review aggregator Rotten Tomatoes. But HBO Max’s award-winning TV series “Hacks,” which launched its eight-episode sophomore season on HBO GO last Thursday, has made that high-wire act and astounding feat look so easy.

In Season 2, Deborah goes on tour and takes her new and “more personal” stand-up act on the road after she is edged out of her regular gig on the Vegas Strip.

But the breezy and wildly irreverent series refuses to rest on its laurels. It cleverly utilizes the duo’s continually evolving relationship as a way to examine hot-button issues without a heavy hand, among them LGBT rights, sexual abuse in the workplace, feminism, agism and the toxic repercussions of cancel culture.

At one point during this virtual interview, Jean had to excuse herself at midsentence to ask someone to turn off a noisy lawnmower. “There’s a lawnmower outside my window,” she told us as she looked to her left. “What should we do…? Sorry, I need to ask them to stop (laughs and leaves).”

Asked how they dealt with bringing Season 2 to life knowing that the series’ loyal fans might already have specific ideas on how they want the show and its characters to develop, Jean said, “Absolutely. We initially felt the pressure [to live up to people’s expectations].”

Hannah admitted, “As we were filming [Season 2], all of us on set were like, ‘Oh dear. Is everyone going to like it?’ But as it started to come together and we got deeper into the shoot, we realized that we just had to trust ourselves, because that’s what everyone loved in the first place!

“The truth is, our writers are such expert world-builders, and they’ve made these beautiful, vivid characters come to life. They’ve done that detailed work to the point where it’s so much more straightforward to get through it now, because we’re already very familiar with everyone in this world. So, our followers will be shocked and excited to go through a slew of emotions this season. 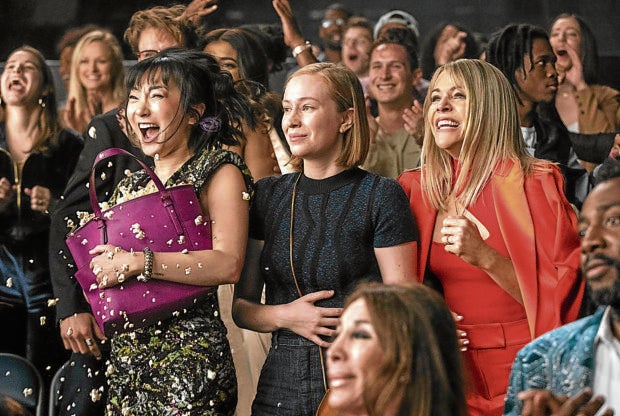 “What’s exciting about Season 2 is that the girls go on the road. So, there’s a lot of fun locations and fun predicaments that come from traveling. There’s a lot of growing pains … and lots of comedy and drama. Expect to go on an insane emotional ride—it’ll be a real roller-coaster.”

Our Q&A with Jean and Hannah:

Jean, USA Today calls you the “Queen of HBO.” And for anybody who has seen “Hacks” and “Mare of Easttown,” it would be difficult to dispute that appellation, because it’s hard to be as skilled with comedy as with drama. Which of the two genres do you find more challenging or satisfying?

Jean: Comedy is harder than it looks but, at the same time, drama is easier than it looks—so I would never want to have to choose between the two. But if I absolutely had to pick one with a gun to my head, I would choose drama, because if you are being funny and charming all day at work, maybe you won’t be that funny and charming when you get home (laughs). And maybe if you do drama all day, you’ll be more lighthearted when you go back to your family.

Showrunner and coactor Paul W. Downs mentioned that in one of the first conversations he had with you, you said that you’ve always wanted to be a stand-up comedian. What was it like being able to “almost” fulfill that by way of your character Deborah in this show?

Jean: It’s great because I get to live out a fantasy without any of the terror that comes with it (laughs) … because here, I’ve got a captive audience who has to laugh! So, that’s just been a cherry on top.

That’s especially true this season, after the COVID rules have been slightly relaxed. So we’ve been able to have an audience—not a full audience yet, but at least some—as opposed to last year, when I didn’t really have any audience at all. So it’s been great fun!

In Season 1, a tweet by Ava gets her in trouble. She lost an important TV deal because of a post—although Ava and Deborah would never have crossed paths if Ava weren’t “canceled” because of her “unfiltered and honest” tweet. In relation to that theme, what are your thoughts on cancel culture?

Jean: I don’t do social media, so I can’t get in trouble (laughs).

Hannah: And I don’t have Twitter anymore (laughs). When I did, I just used it for jokes [because] I’m a stand-up comic—so Twitter was like a tool for me. When we talk about cancel culture, we have to understand that there are two truths simultaneously.

One is that, we need to live in a society where, depending on the [gravity of the] offense, if someone has said something in the distant past and regrets it, that person has to be able to own up to it, meditate on it, apologize, take the time to move on, and make an active effort in his life to be better. It’s important to keep that in mind. 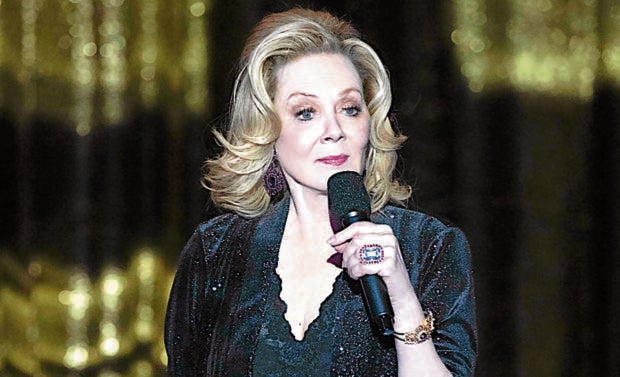 The role of a stand-up comic is a dream come true for Smart.

The other truth is that people need to be held accountable for really egregious things, whether it’s for what they’re saying about marginalized groups, about queer people, or about anyone… And two things can be true, because there’s such a wide spectrum of [issues] here that involves words and jokes and violence. So cancel culture is a term I don’t really love—because each person or each case calls for something different.

Jean: There’s a big difference between making certain jokes and making an observation. Trying to be funny is far different from violating somebody’s rights … so people need to sort of differentiate between the two.

I do think that, as a culture, we have lost our sense of humor a little bit. But it’s probably a natural evolution for us to learn [more] about these things and bring the pendulum back to the center.

What are some traits of your character that you relate to the most?

Jean: For me, I enjoy the way Deborah uses humor, even when she’s not onstage. It is sometimes very caustic and sarcastic, and I appreciate that because I’m kind of a smartass myself (laughs).

And I just love to watch the way she deals with everybody in life—she has a different relationship with every person in her life, although I guess we all tend to do that. I also like the way she dresses—it’s fun. I would wear a lot of the stuff that Deborah wears.

Both Deborah and Ava are always on the lookout for good punchlines. In your case, what makes you laugh?

Jean: So many things make me laugh. Sometimes, it’s just silly, juvenile humor and, other times, it’s a joke or a story that is so well constructed that the ending takes you by surprise because of how clever it is. You can’t believe you didn’t see it coming. I love to laugh. And Hannah Einbinder makes me laugh.

Hannah: Jean makes me laugh, too. We constantly send memes to each other back and forth … but mostly Jean. She’s like a meme god. We just laugh all the time—and it’s great.

Why do you think was the first season so successful?

Hannah: Because it contains a lot of stories and characters that are “underexposed,” so a lot of people were kind of saying, “Finally, here’s something for me…” It’s also just funny, well-written, and it’s got a lot of heart. And we found ourselves in this very unique situation where the stars aligned with the writers and all of the show’s other departments, turning it into this truly collaborative and beautiful thing. We got lucky.

Jean: And it’s sort of the classic odd-couple story—which is a great formula. It’s fun to play and fun to watch.

Hollywood’s been criticized for a lack of roles for older actresses. Do you see that changing because of shows like “Hacks”?

Jean: I would love it if our show helped change that a little bit. The very fact that it’s so popular speaks a lot about the fact that if you tell a good story, it doesn’t matter if it’s about an older or younger person, or if it’s about a man or a woman—it’ll work.

Being an older actress, there are obviously some roles you simply cannot play—like, you can’t portray someone who’s pregnant, for instance—so fewer and fewer roles are available to you. But we’ve come a long way in realizing that stories about women are every bit as fascinating as those featuring men—and perhaps, even more so. INQ