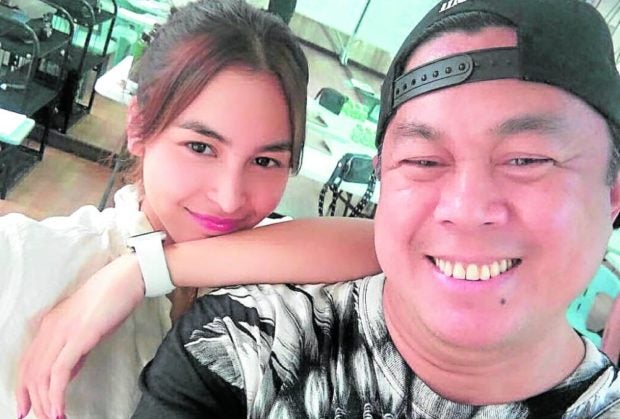 While he’s best known as a comedian, nothing makes Dennis Padilla turn serious quicker than matters concerning his children.

“Once you’re done going through the pain, you’re able to accept it and can talk about it lightly. My past … the people who were romantically linked to me … I can just laugh at them now. But it’s serious when it’s about the children,” he said in a recent video conference for the movie “Sanggano, Sanggago’t Sanggwapo 2: Aussie! Aussie! O Sige!”

Speaking of which, Dennis related that he and his daughter Julia Barretto have hit the restart button on their relationship, after a falling out over the latter’s intent to drop her father’s actual surname, Baldivia in 2014. Last year, Dennis made an appearance on Julia’s vlog, where they acknowledged their difficult past and discussed how best to move forward.

“We’re OK. Because we came from a misunderstanding, it feels like we’re starting over. One day at a time, we’re building it (our relationship) again,” he said, when asked how things are at the moment between him and Julia.

Iya Villania contracts COVID-19 while pregnant, heartbroken over isolation from her kids

Though he wasn’t able to spend the holiday season with Julia and his other kids with Marjorie Barretto (Claudia and Leon), he said he plans to meet and have dinner with them soon. “I have learned that there should always be open communication so you can express your feelings to each other, para ‘di napupuno,” he said.

“Communication should be continuous so you always have good things to share and talk about, he said

All the challenges he has faced, the 59-year-old actor added, serve as valuable life lessons. “As you go along your mindset toward life changes … You set new goals,” said Dennis, who has two other children, Dianne and Luis, with his first wife, Monina Gatus; and three more—Rizzi, Gavin and Maddie—with his current partner, Linda Gorton.

“Sanggano 2,” which is now available for streaming on Viva Entertainment’s content platform, Vivamax, has Dennis reuniting with his good friends Andrew E. and Janno Gibbs.

Because the three have known each other since the 1990s, onscreen chemistry comes naturally for them. “We understand each other’s nuances … tinginan pa lang alam, na namin. After one of us throws a punchline, we get a sense of whose turn goes next,” he said, adding that they never compete with each other.

“When we feel like a certain joke suits another person better, we tell the director. That’s how we are. We share the moments; we don’t fight for them,” he said. INQ