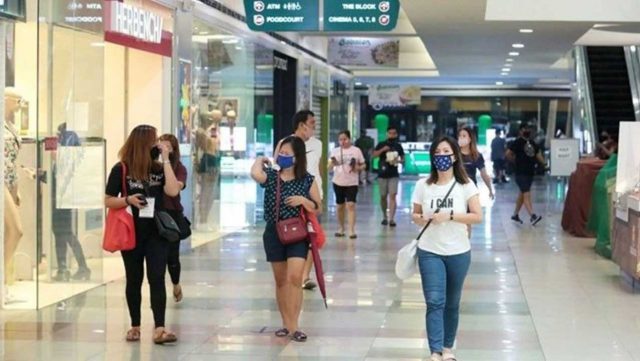 THE PHILIPPINE ECONOMY could grow by 7.1% next year amid stronger private consumption and government infrastructure spending, according to IHS Markit.

In a report, the London-based market intelligence provider on Thursday said easing coronavirus restrictions would support an economic rebound this quarter.

“Despite the recent COVID-19 Delta wave, the Philippine economy has shown considerable resilience during the third quarter of 2021,” it said.

The economy grew by 7.1% in the third quarter, faster than the 4.7% median estimate by economists in a BusinessWorld poll.

This was slower than the revised 12% growth in the second quarter, as the government placed Metro Manila under a strict lockdown for two weeks in August to curb a Delta-driven surge in infections.

IHS Markit said it expects the economy to grow by 5% year on year in 2021, which will be at the higher end of the government’s reduced 4-5% target. The state expects economic output to grow by 7-9% next year.

But the 2022 outlook is positive amid stronger private consumption, higher government infrastructure spending and improving remittance inflows, it said.

“Optimism was underpinned by hopes of greater international and domestic demand in the year ahead,” the information provider said.

IHS Markit earlier said the country’s manufacturing activity inched up to a seven-month high in October as orders stabilized due to easing lockdowns in Manila, the capital and nearby cities.

The Philippines Manufacturing Purchasing Managers’ Index (PMI) rose to 51 last month from 50.9 in September. A reading above 50 indicates improving conditions for the manufacturing sector versus the previous month, and below the threshold means the opposite.

The gradual reopening of domestic and international tourism, IHS Markit said, would help support the economy.

Meanwhile, remittance inflows to the Philippines could grow by 3.8% this year as it recovers from a decline last year, the World Bank said.

In a report, the multilateral lender said the Philippines has been the fourth-biggest recipient of remittances this year, after India, China and Mexico.

World Bank estimates that remittances received by the Philippines will reach $36 billion this year. At the top of the list is India with $87 billion, followed by China and Mexico with $53 billion each.

Inflows to the Philippines this year are expected to reverse a 0.7% decline last year, according to the World Bank report released on Wednesday.

The United States remained the primary source of remittances for the Philippines at almost 40% last year, it said.

Remittance flows from the United States remained resilient, growing by 7% in the first eight months this year from a year earlier, it added.

Remittance fees in the Philippines were among the lowest in East Asia and the Pacific. The average cost of sending $200 in remittances to the region fell slightly to 6.7% in the first quarter, compared with 6.9% in the fourth quarter of last year.

For the first quarter of 2021, the five lowest-cost corridors in the region averaged 2.7%, with transfers primarily to the Philippines.

Data released by the Bangko Sentral ng Pilipinas on Monday showed that money sent home by migrant Filipino workers grew for the eighth straight month in September, with cash remittances increasing by 5.2% year on year to $2.737 billion from a year earlier.

Remittances to low- and middle-income countries are projected to grow by 7.3% to $589 billion this year, the World Bank said, attributing the growth to migrants supporting their families during the crisis and the economic re-covery in Europe and the US.

“Facilitating the flow of remittances to provide relief to strained household budgets should be a key component of government policies to support a global recovery from the pandemic,” he added.