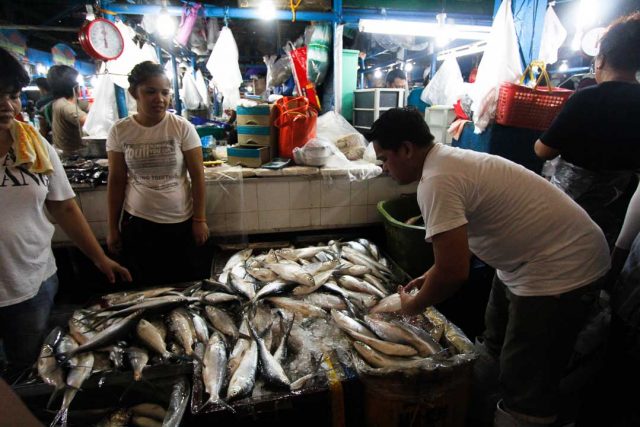 THE PHILIPPINE central bank on Thursday kept policy rates unchanged as expected, saying an accommodative stance is key to economic growth that has gained solid traction.

Monetary officials also warned about risks to inflation next year, including typhoons and fare increases.

The Bangko Sentral ng Pilipinas (BSP) left the key rate steady at 2%, as predicted by all 20 economists in a BusinessWorld poll last week. It also kept the overnight deposit and lending rates at historic lows of 1.5% and 2.5%.

“The Monetary Board maintains that keeping a patient hand on the BSP’s policy levers, along with appropriate fiscal and health interventions, will keep the economic recovery more sustainable over the next few quarters,” central bank Governor Benjamin E. Diokno told a news briefing on Boracay Island in central Philippines.

This was the first time journalists were allowed to cover the BSP briefing on the policy meeting physically since the main island of Luzon was locked down in mid-March last year to contain a coronavirus pandemic.

“Economic growth appears to be gaining solid traction, driven by improved mobility and sentiment amid the calibrated relaxation of quarantine protocols and continued progress in the government’s vaccination program,” Mr. Di-okno said.

“Nevertheless, the Monetary Board noted that sustained measures to safeguard public health and welfare remain crucial to facilitate the recovery in investment and employment,” he added.

Aside from typhoons and fare increases, the central bank chief also cited the price risks from a prolonged recovery of domestic pork supply.

The central bank’s decision comes a week after the government released data that showed the economy grew by 7.1% in July to September from a year earlier. Economic growth was 3.8% quarter on quarter.

Economic output shrank by 9.6% last year, one of the worst in Asia and the Philippines’ deepest recession since World War II.

“It’s necessary that you continue policy support and not withdraw this fully until there is very strong evidence of aggregate demand being sufficient,” central bank Deputy Governor Francisco G. Dakila, Jr. told the same briefing.

He added that the BSP has been coordinating with fiscal authorities about monetary policy eventually normalizing because it could affect the government’s pandemic response.

The Philippine economy remains far from its pre-pandemic level, said Alex Holmes, an economist at Capital Economics. He added that last quarter’s growth had come from a low base.

“While growth for the year will probably now eclipse the government’s earlier estimate of 4-5%, the economy will still enter 2022 with huge amounts of spare capacity,” he said in a note. He expects the central bank to keep rates steady for the rest of the year.

Mr. Dakila said the BSP had lowered its average inflation forecast for the year to 4.3% from 4.4% at the previous policy review. Inflation in the first 10 months of 2021 was 4.5%.

These had been tempered by slower inflation in September and October, he said, adding that it was possible for November inflation to be within the target.

Headline inflation last month slowed to 4.6% from 4.9% in September amid a slower increase in food prices. Inflation was still above the central bank’s 2-4% target.

Slower inflation in the past months had given the BSP “some breathing room” to keep an accommodative stance in the meantime, ING Bank N.V. Manila Senior Economist Nicholas Antonio T. Mapa said.

“However, a surprise pickup in economic growth opens the door for possible adjustments down the road,” he said in a note. The BSP’s first rate increase could happen by the second quarter of next year, he added.

The Monetary Board will hold its final policy rate review this year on Dec. 16. Mr. Diokno earlier hinted that he did not see the need to adjust policy settings for the rest of the year.