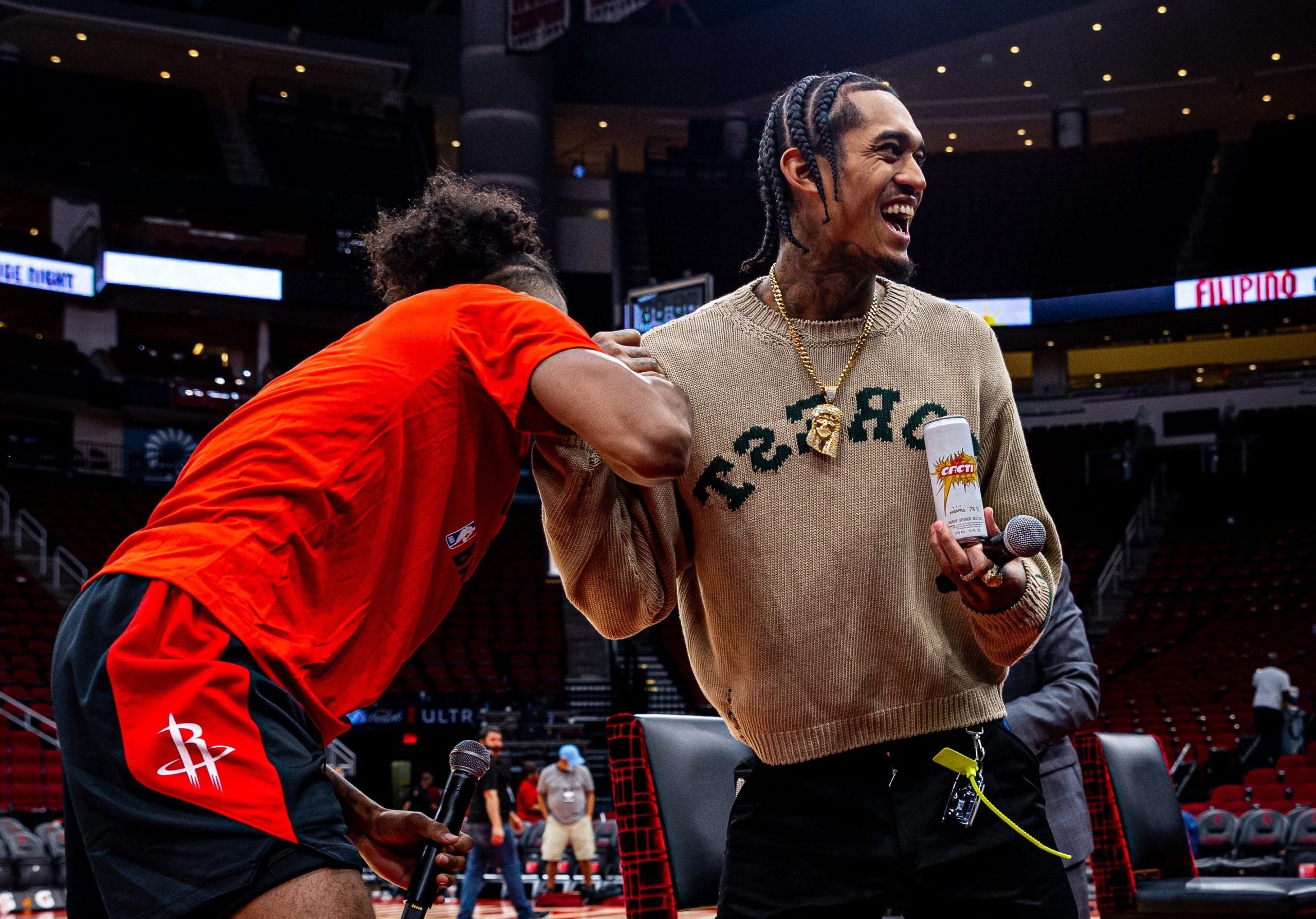 Jalen Green of the Houston Rockets and Jordan Clarkson of the Utah Jazz during the Filipino Heritage Night celebration in Houston. HOUSTON ROCKETS TWITTER

MANILA, Philippines—The Western Conference matchup between Utah and Houston on Thursday (Friday Manila time) was the first time in NBA history that two players of Filipino descent–Jalen Green and Jordan Clarkson–shared a floor together.

The Rockets promptly honored their first season meeting against the Jazz with their Filipino Heritage Night celebration at Toyota Center.

Clarkson, who has played in the NBA since the 2014-15 season, said the Rockets’ ceremony will always be a special one because it was a first.

“It’s an amazing experience because this is something that can never be done again because we [Green and I] were the first [to do it] and hopefully we see more come to the league,” said Clarkson following the

The two also had a brief Q&A session in front of the Filipino fans after the game.

Clarkson, the reigning Sixth Man of the Year, finished with 16 points, six rebounds, three assists, and one steal in the contest.

Green, the second overall pick of the 2021 Draft, had 13 points, three rebounds, three assists, one steal, and one block.

Clarkson, who played for Gilas Pilipinas in the 2018 Asian Games, has also experienced Filipino Heritage Night before in Toronto in 2018 as a member of the Cleveland Cavaliers.

“I’ve had one before in Toronto, and it had a great turnout,” said Clarkson, who played for the Los Angeles Lakers in his first three seasons in the league. “I’ve made a lot of trips to Toronto early in my career and there’s a lot of Filipino support there and all around the world.”

“They [Filipinos] love basketball. And just us two being here, I think I said it to the Houston sideline reporters, but this is super inspirational for the youth, for every Filipino-American, for every Filipino, and anybody who has Filipino blood. I feel like it’s an amazing experience.”

Jordan Clarkson raring to suit up for Gilas Pilipinas anew