What is the best Pokémon game? Pokémon games are an intergenerational classic. This RPG game, developed by Game Freak, grew from just a game to a whole universe of its own complete with its own trading card game, movies, toys, clothing, and so on.

With that in mind, it was not easy to rank the best Pokémon games as there are so many incredible versions. Pokémon Ultra Sun and Ultra Moon to Pokémon Gold And Silver (GBC) to Pokémon Platinum to the different regions such as Alola, Unova Hoenn, and Kanto Regions, our work was cut out for us.

How to play Pokémon 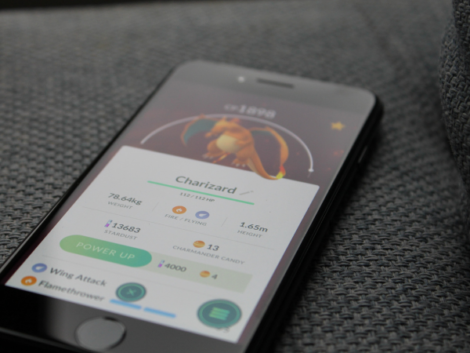 As long as you have a compatible device, you have to download the game and start playing. You can play Pokémon games on your 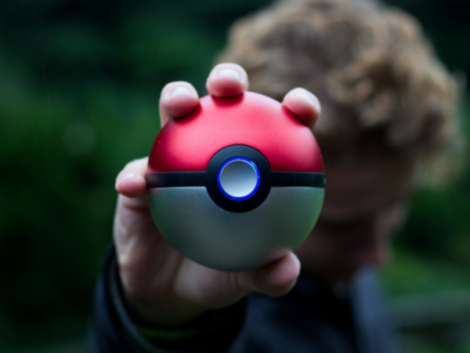 Here are the best Pokémon games everyone should play at least once in their life: 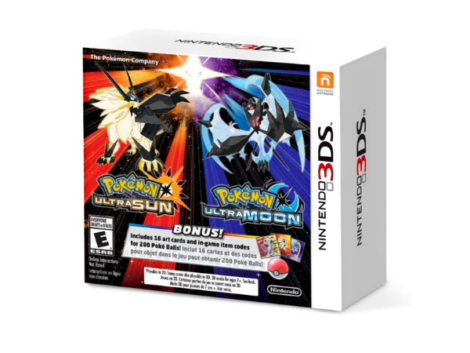 Pokémon Ultra Sun and Ultra Moon is an advanced version of the seventh generation Sun and Moon. It features Ultra Beasts, new story elements, and new forms of the iconic Pokémon Necrozma. In addition to these new highlights, the game lets you gather Totem Stickers, surf, and snap pictures with your Pokémon.

While Ultra Sun and Moon may not be the best Pokémon game, it is still lots of fun to play.

Pokémon X and Y are known as the first Pokémon pair for Nintendo 3DS, and it ushered in the sixth Pokémon generation with completely 3D visuals. This version offered players the opportunity to customize and modify their trainer’s appearance.

It also came with the ability for particular Pokémon to Mega Evolve into a much stronger form. Some battles happened in the sky with the flying Pokémon and Horde Encounters, which let you tackle five Pokémon all at once.

Pokémon Yellow is the “final boss” version of Pokémon Red and Blue. Players automatically begin the game with Pikachu as their starter Pokémon. Pikachu was given a personality and a voice and went along with you as you traversed the overworld Map.

As time went on, the Pikachu would respond to the player’s actions, and its feelings would change. In addition, Pokémon Yellow featured a new surfing minigame where players could surf to their heart’s content on Pikachu’s back. 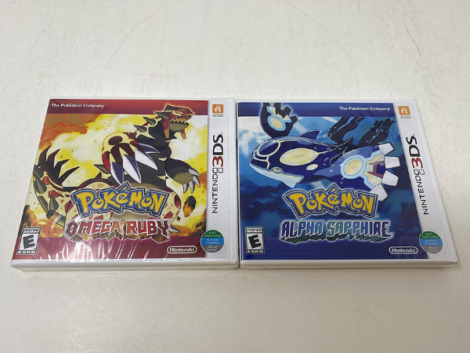 Pokémon Omega Ruby and Alpha Sapphire is an improved remake of the earlier Ruby and Sapphire. This entry into the Pokémon universe was released on 3DS a short while after X and Y. It came with some features from the Pokémon sixth-generation, such as Mega Evolution. There were also exciting additions like the ability to fly around Hoenn on Latios or Latias.

Pokémon Black and White was the fifth Pokémon generation pioneer, and it was hailed for its intricately fascinating game plot.

Some of its interesting features included the introduction of Team plasma. This seasonal cycle visually influenced the game world, areas players could visit, and completely animated sprites for your Pokémon in battles. There were also rotation battles, where you could use three Pokémon to fight at the same time.

Pokémon Red and Blue is a strong contender for the best Pokémon game title. This particular version cranked up the Pokémon movement, and it ushered in the first 150 Pokémon such as Eevee, Charmander, and Pikachu, which became crowd favorites. It also introduced several amazing features, such as linking two Game Boys to carry out multiplayer fights and trade Pokémon(s).

Even today, the blueprint used in this version is still followed. Players can still control characters from the perspective of a third-person, capture Pokémon within the wild, participate in turn-based fights, and tour around an overworld. 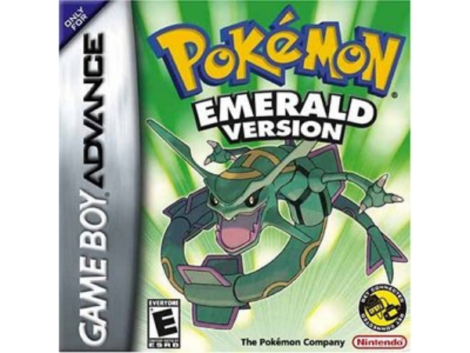 Pokémon Emerald is another “final boss” entry. It is an evolved version of Ruby and Sapphire, and it came with new story elements and restructured places to capture particular Pokémon. In contrast to its predecessors, this entry lets players capture a bigger array of Pokémon.

A particularly interesting feature in this version is a side game called PokéStar Studios. In this game, you could shoot your movie with Pokémon as your movie stars. Another fun feature was the Pokémon World Tournament, where you could fight gym leaders and trainers from earlier games (including Misty and Brock). 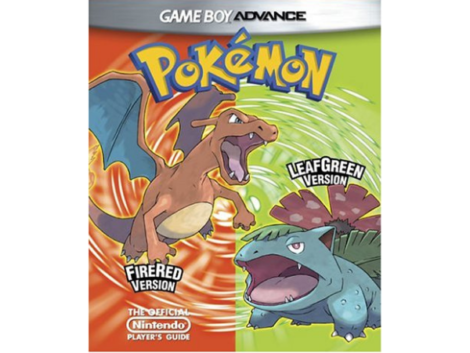 Pokémon FireRed and LeafGreen is a ‘Game Boy Advance’ improved remake of the quintessential original games. Now, you might think we have it mixed up with Pokémon Red and Blue. But here’s what it is; in the West, it was known as Red and Blue, and in Japan, the originals were called Pokémon Red and Green.

This new entry came with greatly improved visuals, an updated user interface, and the capacity to connect to several Pokémon games to gather more than 350 Pokémon.

Pokémon Crystal was the first ultimate upgrade of Pokémon Gold and Silver until another entry removed its crown.

In this first upgrade, players selected their character’s sex for the first time in the franchise’s history. Another novel feature – the Battle Tower – allowed trainers to participate in double battles like the kind that happened in Pokémon stadium. 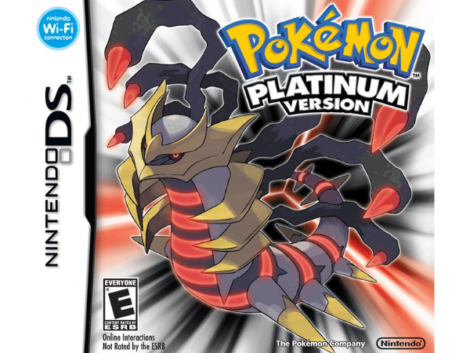 Pokémon Platinum is the improved version of Pokémon Diamond and Pearl, and it featured a ‘Monster Hunter-identical’ Wi-Fi Plaza. This new addition had several mini-games where close to 20 players could partake in.

Other features included the ability to trade Pokémon anonymously on the internet and battle recording. Most Pokémon also gained new forms.

In November 1999, Pokémon Gold and Silver was launched on the Game Boy Color, and it featured a clock that kept track of the real-world time and day of the week. This clock would set off different events, including times of day when Pokémon popped up. In this version, Shiny Pokémon first showed up, and shiny is one of the rare Pokémon alongside Dark Type and Steel Pokémon.

This pioneering entry also had items Pokémon could grab to trigger various effects: the Pokégear (or an early smartphone) and new Poké balls. 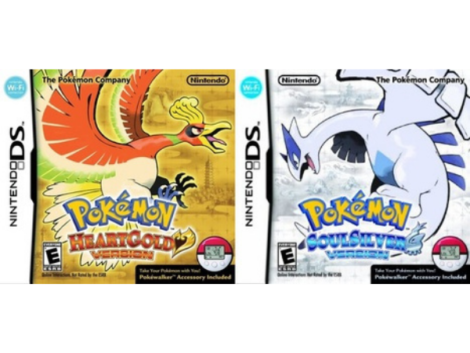 The title of Best Pokémon game ever made goes to the Nintendo DS remake of (the second best) Pokémon Gold and Silver – Pokémon HeartGold & SoulSilver.

This remake was simply amazing. It took the awesomeness of its predecessor and made it even more fantastic. It had the new features from Pokémon Crystal and Yellow’s ability to have your Pokémon travel around with you.

Even if you don’t play another game on this list, make sure you play Pokémon HeartGold & SoulSilver and experience just why it is our top pick.

It wasn’t easy, but we did it. We made a solid list of the best Pokémon games every Pokémon fan must play at least once.

Where did your best Pokémon game rank on this list? Did we miss it or any other Pokémon game? Share your recommendations and (disagreements) in the comments below!


Disclaimer: This article is the author’s personal opinion, which may differ from the “official” statements or facts.


The latest tech news delivered to your inbox