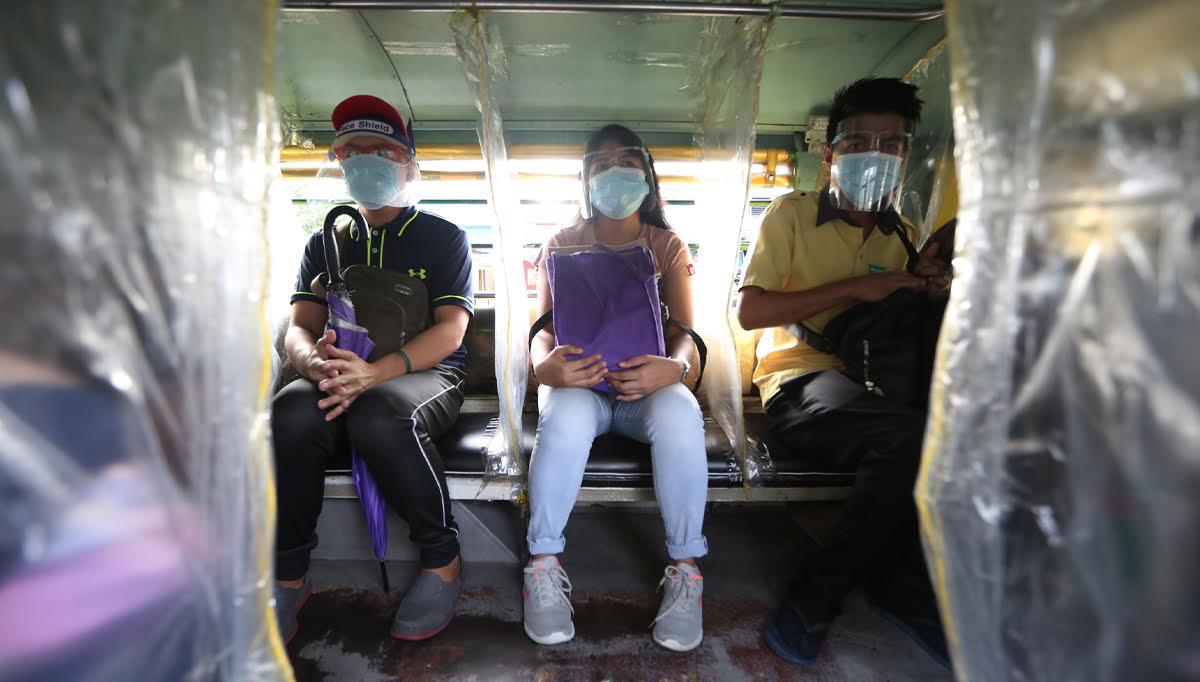 MANILA, Philippines—With 72 percent of Filipinos saying that they found it harder to get to work since the beginning of the COVID-19 catastrophe, plans being laid out by the government for public transportation are still up in the air.

The Social Weather Stations, in 2020, said 87 percent of Filipinos wanted the government to give weight to public transportation over private vehicles. Six percent said they “disagree” while seven percent were “undecided.”

that the government should “invest in public transportation,” saying that officials should have a plan.


He said that if the government will not aspire to make public transportation efficient, completing “Build, Build, Build” projects will not make a difference in people’s lives, especially in the way people travel.


Gordon to Duterte: You? Teaching me courtesy?

The group Move as One Coalition said that in Metro Manila, 70 percent of people rely on public transportation, but they only take up 22 percent of the space. Only 30 percent rely on private vehicles. 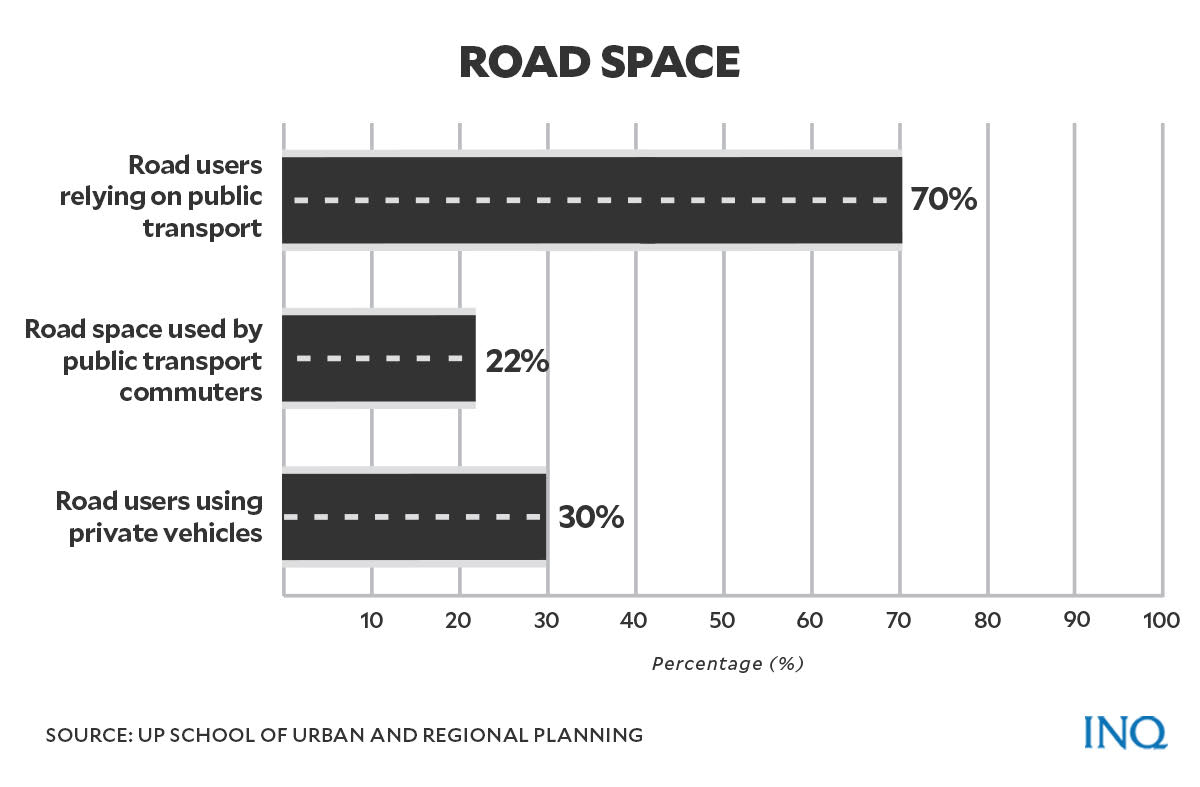 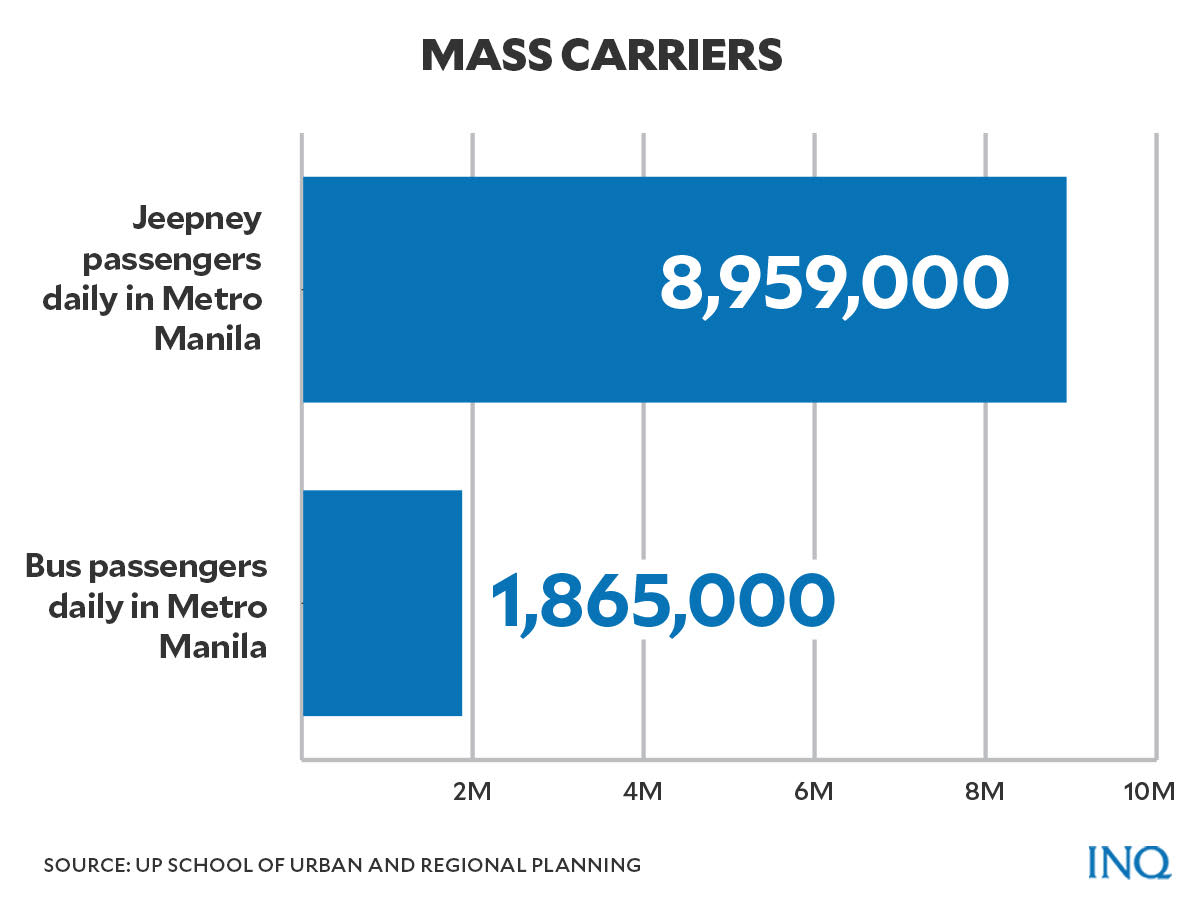 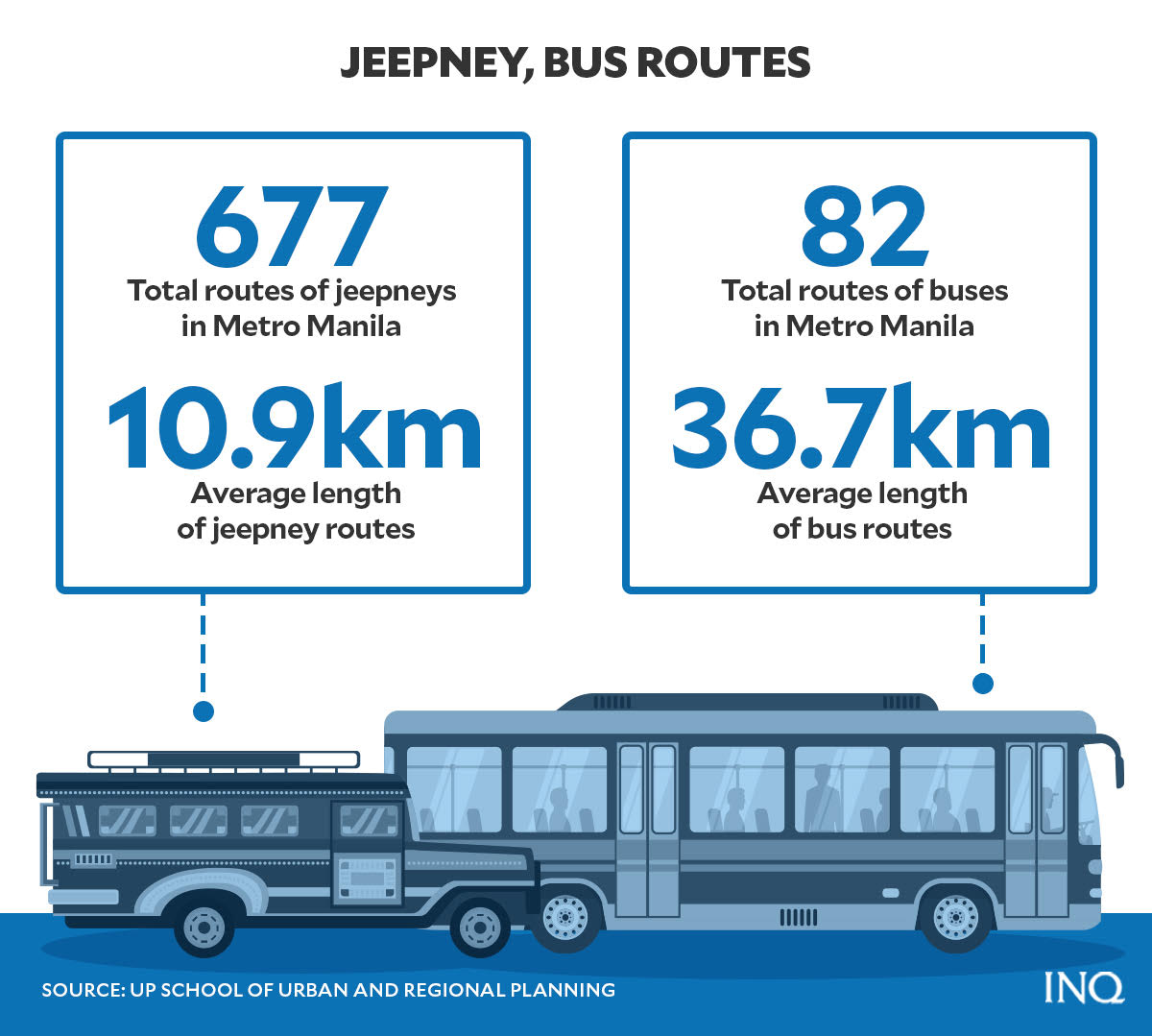 Citing responses in 30,000 interviews with commuters, he said that the Sangandaan to Divisoria-Quiapo (213,861 passengers), Karuhatan to Ugong (150,736 passengers) and GMA to Alabang (140,441 passengers) routes were the three most heavily used by PUJs. 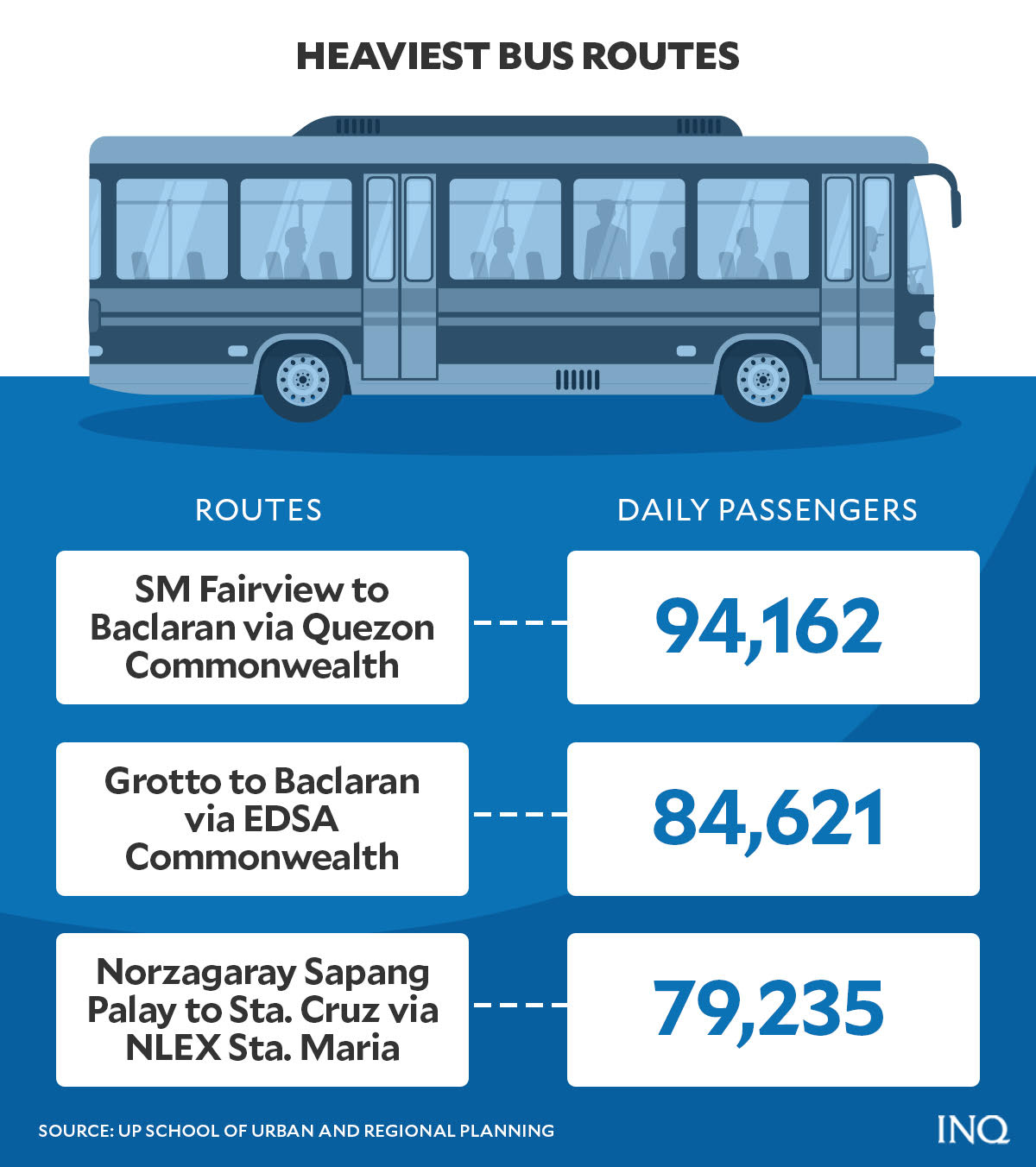 These are the “hourly frequency” of PUJ and PUB services in Metro Manila throughout the day:

These are the average “vehicle occupancy” of PUJ and PUB services in Metro Manila throughout the day: 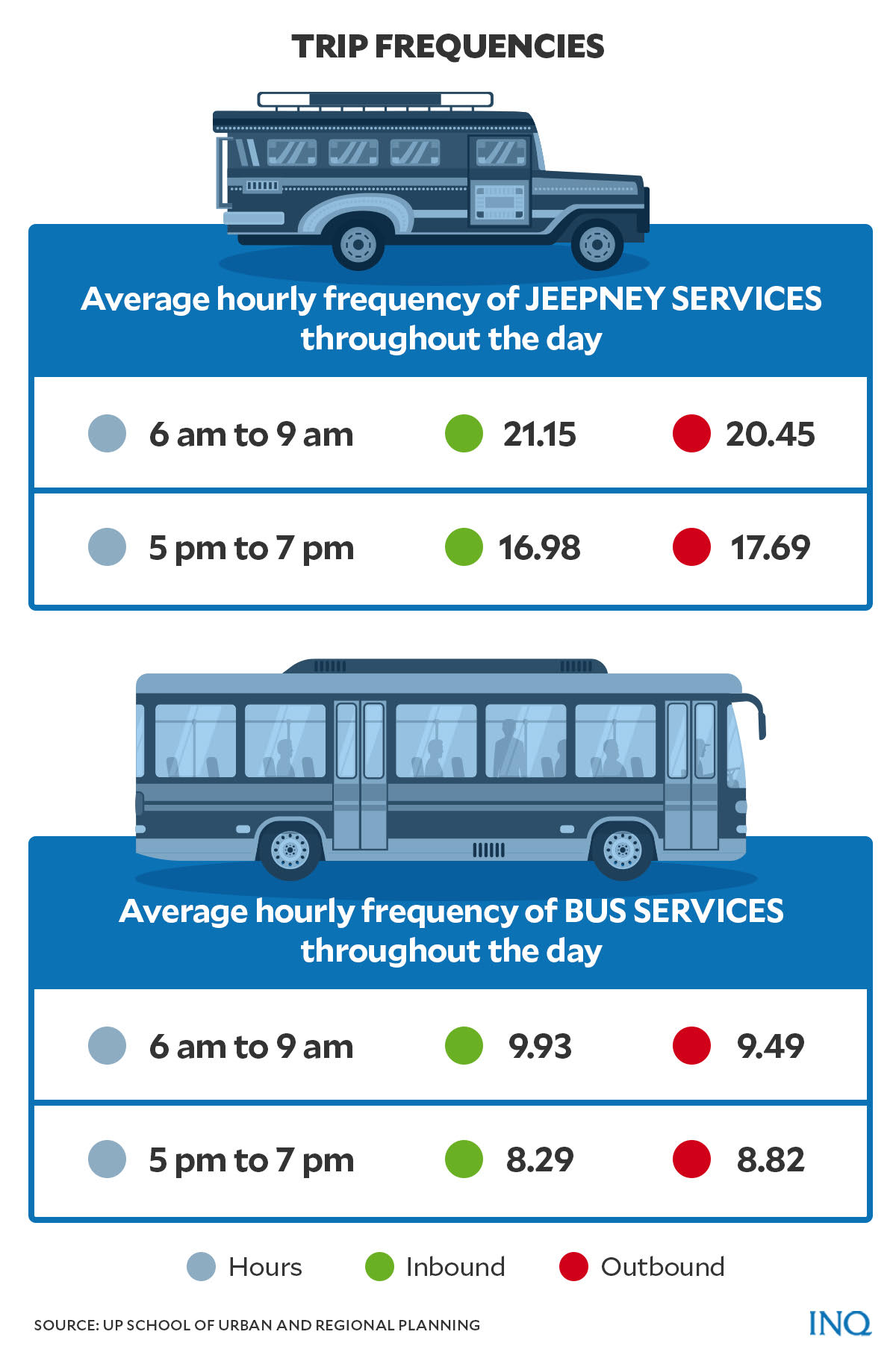 Montalbo said he wanted to develop an “integrated public transport system” that would enable the efficient movement of people in Metro Manila through an “ecologically sustainable travel” that was cost effective.

To have his goal realized, he proposed a “16 mass transit trunk-feeder routes linking areas of highest demand, creating [a] network of transit routes [and] strong interchange between routes.” 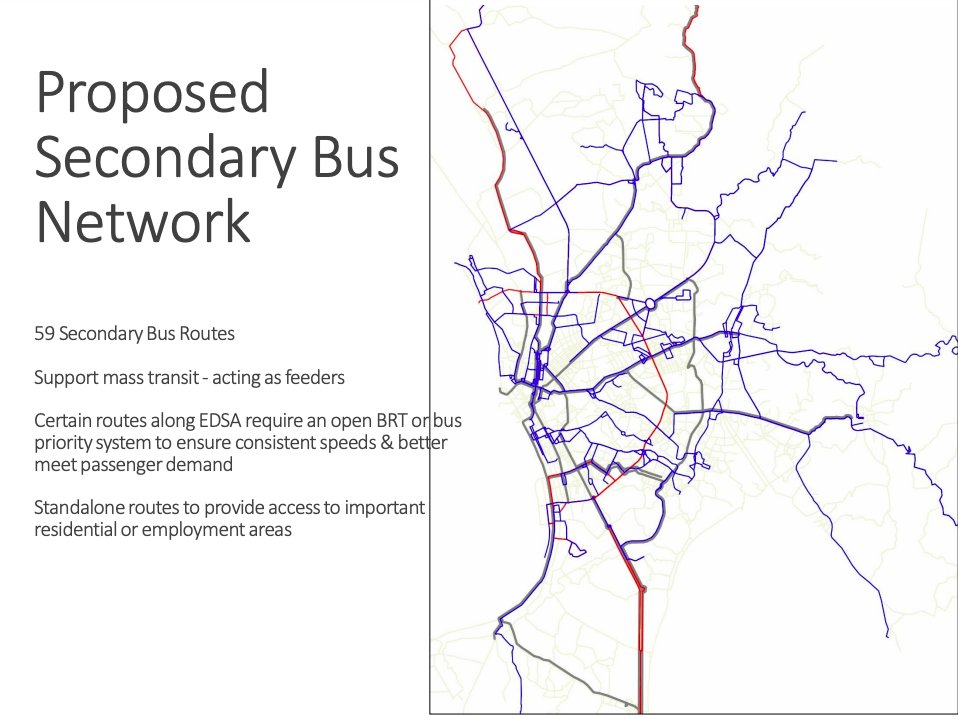 GRAPHIC FROM UP SCHOOL OF URBAN AND REGIONAL PLANNING

He also proposed 59 secondary bus routes that will back mass transit. The proposal included standalone routes to provide access to important residential and employment areas in Metro Manila.

When Montalbo wrote the report, there was no government-led planning on the road transit network. 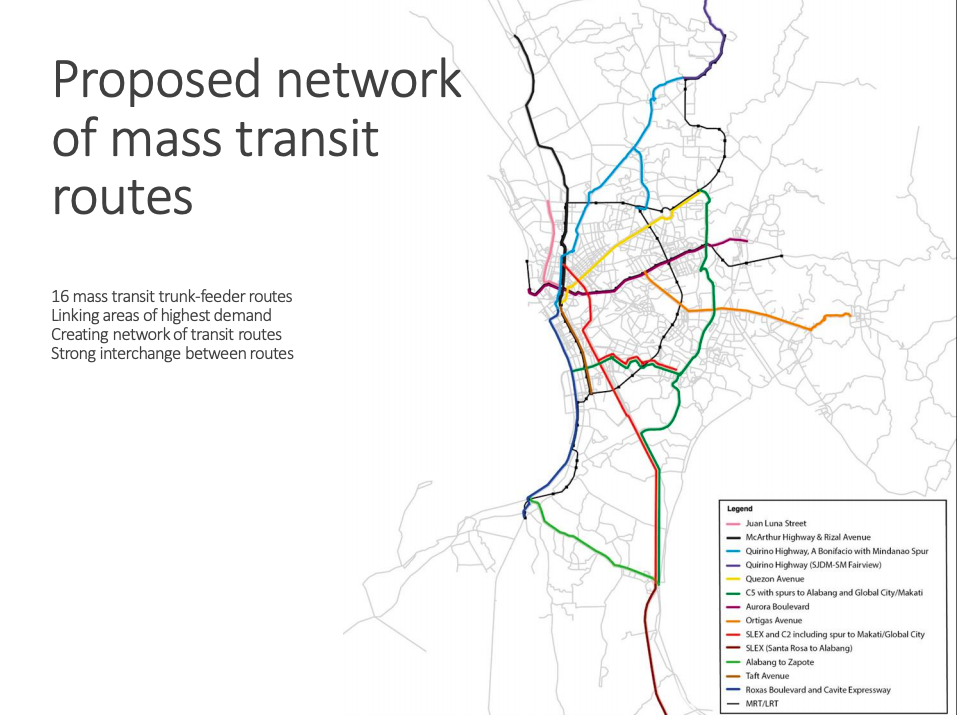 GRAPHIC FROM UP SCHOOL OF URBAN AND REGIONAL PLANNING

De la Peña said the thinking of transportation policy makers and leaders was “not integrated,” explaining that paths should have been connected from the very beginning.

The Move as One Coalition said that by 2030, the “transport supply shortage” in Metro Manila will be as high as 2.8 million “daily passenger trips” even if the Build, Build, Build program was completed “on time.”

The coalition, which calls for “sustainable mobility”, explained that it was because only 2 percent of the P2 trillion program pipeline was dedicated to “road-based public transport investments.” 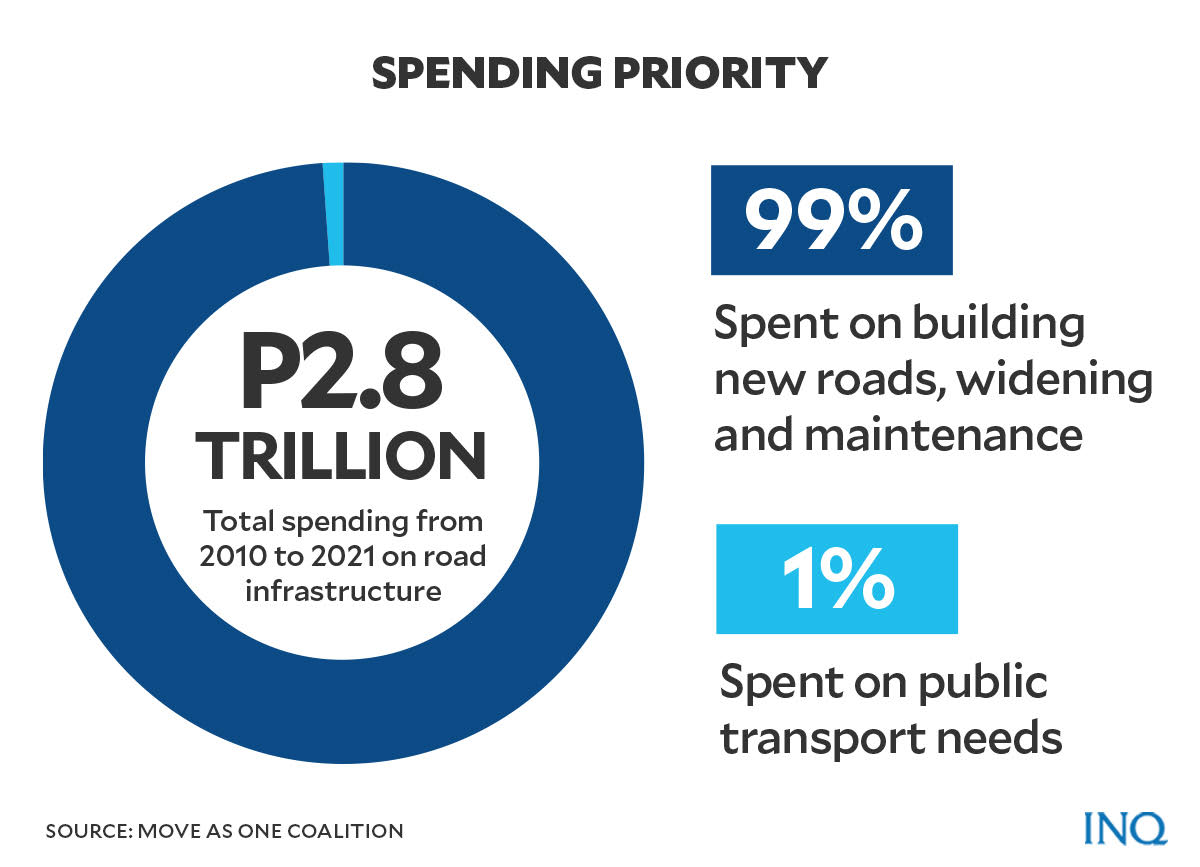 “We should invest in more active and road-based public transportation infrastructure [because these are] built much faster at far less cost per person–km,” the Move as One Coalition said.

These are the cost of transport modes in pesos per person-km over “project useful life”:

The Move as One Coalition said that “we need a better balance for a better normal,” explaining that there’s a need to “move towards a public transport that is safer, more human and more inclusive.”


From 2010 to 2021, 99 percent of P2.8 trillion “road-based infrastructure budget” went to road construction, widening and maintenance while only one percent (P40 billion) went to road-based public transport.

The group said there are available revenues to fund better public transport, especially because the government collected almost P2.1 trillion in road-based transport revenues from 1997 to 2018.

Asking for a “people-centered budgeting,” the group proposed a P150 billion “Biyahenihan budget” to improve road-based public transport and active transport which consists of these:

We have taken away the misery of public commuting — Duterte


In her return to Bicol, Robredo gets support from two more local execs