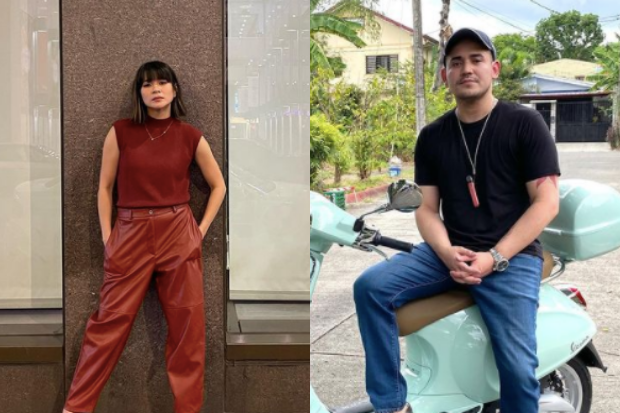 LJ Reyes revealed that her former partner Paolo Contis is yet to make any efforts to communicate with her after their separation.

The actress said this during an exclusive interview with TV host Boy Abunda on the latter’s YouTube channel yesterday, Oct. 27. The interview was conducted in Brooklyn, New York. Reyes has been in New York with her children since the separation.

When Reyes was asked if Contis has reached out to her since their breakup, she answered, “No, Tito Boy, no efforts.”

Despite this, she is still praying that she will be able to forgive Contis someday.

“Pinagdadasal ko na mapatawad ko siya kasi (I’m praying that I can forgive him because) I know if I don’t forgive him, this very dark emotion will eat me up,” she said. “I won’t be able to move forward with my kids nang maayos, ‘yung walang galit (properly, without hate),” she said.

“Siyempre, may pain. Hindi pa mawawala ‘yun. (Of course, there’s pain. That won’t go away just yet.) But for me to make, at least, decent decisions that will benefit my kids I really have to set aside all those negative emotions,” she added.

Reyes also revealed that her ex-boyfriend Paulo Avelino, the father of her eldest child Aki, reached out to her. According to Reyes, Avelino assured her that he would help should there be problems involving their son.

Reyes and her children have been staying with her New York-based family. She did not give a definite answer on whether she will be returning to the Philippines or working in showbiz soon.

The breakup between Contis and Reyes was

by Contis’ manager Lolit Solis last August, but her assertion that the split was a mutual decision was

that he cheated on Reyes but insisted that his “A Faraway Land” co-star Yen Santos was not involved in the breakup.

Reyes and Contis were together for six years. They have one child together.