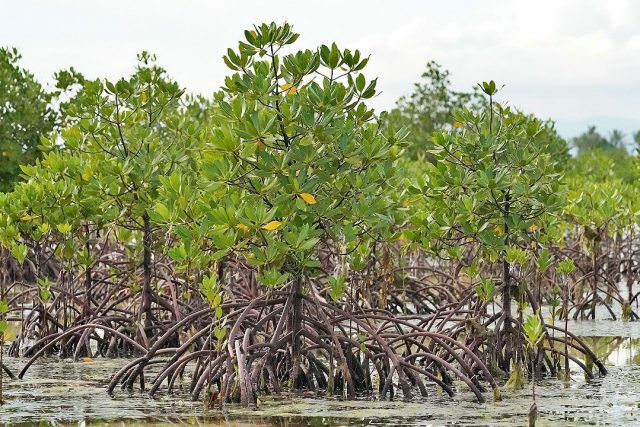 A WORLD BANK report that assigns asset values to natural resources has found that Philippine mangroves have halved in the two decades leading up to 2018, running counter to a global trend of rising values.

The asset value of Philippine mangroves declined 50% to $5.4 billion in 2018, from the $10.79 billion estimate in 1995, the World Bank said in its Changing Wealth of Nations 2021 report released Wednesday.

“Countries like Jamaica, Cuba, Thailand, and the Philippines lost considerable value where there was a decline in mangrove cover and coastal population density,” the report said.

Globally, the value of mangroves has increased, along with the other resources they protect. Asset values increased along with the annual benefit per hectare, which more than doubled within the same 23-year period to a global average of $1,689 per hectare.

Mangrove asset value increased fastest in China, Vietnam, Bangladesh, and Taiwan, which the World Bank said are where mangrove coverage increased and the value per square kilometer of protected assets rose.

“The value of mangroves for flood protection and how the value has changed over time depend on several factors: the extent of mangroves, the flood risk, and the produced capital at risk of damage from flooding,” the report said.

“A country may have vast mangrove forests, but if those forests are not protecting much capital from flood risk, their value will be lower than a smaller mangrove forest protecting a more highly developed area with more capital at risk.”

Mangroves are threatened by coastal development, it said, but could also see more expansion.

“As a component of nature-based solutions, mangroves are increasingly recognized as a smart way to build coastal resilience, as stand-alone solutions or combined with gray infrastructure for hybrid approaches.”

The Changing Wealth of Nations report found that countries have been using up resources for short-term gains and risk unsustainable development for their economies.

“Global wealth grew significantly between 1995 and 2018, and middle-income countries are catching up to high-income countries. However, growing prosperity has been accompanied by unsustainable management of some natural assets,” the World Bank said. —