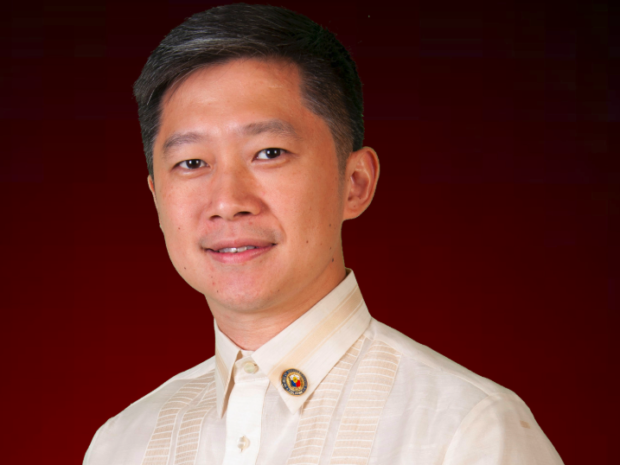 MANILA, Philippines — ACT-CIS party-list Rep. Eric Yap said on Tuesday that Sen. Manny Pacquiao was merely being used by his political opponents in seeking a probe into his alleged involvement in overpriced slope protection and flood control projects in Benguet.

“It is very unfortunate that Sen Manny Pacquiao, who is seeking the presidency in 2022, is being used to advance the political interests of my opponents,” Yap said.

“Don’t use your self-interest if we want progress in Benguet,” he added, speaking in a mix of English in Filipino. “Let’s work hard and not just throw dirt. Please do not use me for your own benefit. Do not use me as a publicity stunt.”

Yap said that he would respond to Pacquiao’s allegations “in the right place and right time.”

“What he said is very similar to what our opponents are saying. And their intention in what they are doing is obvious,” he said.

Yap issued this response after it was reported that Pacquiao received on a Tuesday a petition from the Manny Pacquiao for President Movement (MPPM) seeking an investigation into rock-netting projects — meant to prevent landslides — in Benguet.

The petition claimed that the projects cost twice as the government used to pay when Yap was the legislative caretaker of Benguet.

Pacquiao also said that public works funding in Benguet rose from P1.929 billion in 2020 to P9.578 billion this year.

“To my countrymen: Are we not tired of this style of politics? In which other candidates will only come out when a vote is needed? In which no one else can afford to announce achievements other than attacks to the opponent?” Yap said.

This isn’t the first time Yap is being accused of corruption.

In December 2020, President Rodrigo Duterte named him along with other lawmakers with alleged links to corruption, although Duterte admitted that he had “no hard evidence.”


Yap was allegedly involved in a scheme with some people at the Department of Public Works and Highways in which he exerted his influence to rig an infrastructure project in Benguet.

Yap, along with all the other tagged House members, denied the accusation, adding that he would even resign if the claim could be proven to be true.

‘I’m ready to resign if proven guilty of corruption,’ says Yap of ACT-CIS


“The election is still far away, but I’m sure the opposition is not over yet. As for me, I will just work and continue my service. Everyone will get help, nobody will be left behind,” Yap said.