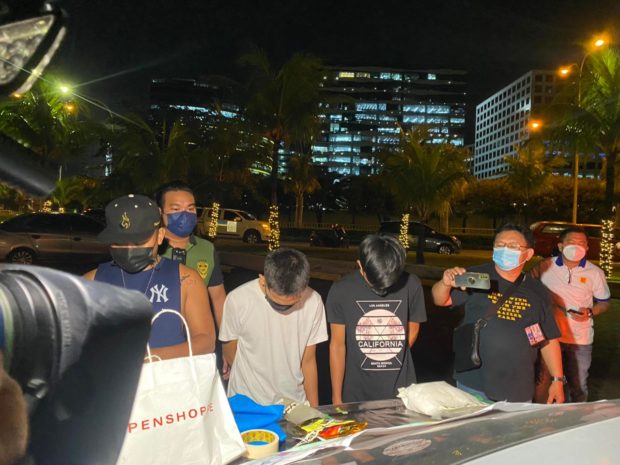 MANILA, Philippines — Government operatives have arrested two suspects, including a minor, following a buy-bust operation in Pasay City, and seized P6.8 million worth of crystal meth, locally known as “shabu.”

The Philippine Drug Enforcement Agency (PDEA) identified the adult suspect as Jhake Esik Fernandez, 21, but withheld the identity of the young suspect. Both are residents of Barangay Sto. Niño in Pasay City, authorities said.

Agents of PDEA’s regional office in Mimaropa, as well as police operatives from the Oriental Mindoro Marinduque, and Romblon, conducted the drug sting on Monday night in Barangay 76, Pasay City.

A belated report says that the buy-bust operation was hatched after a series of intelligence build-up led to one of the sources of illegal drugs allegedly supplying local drug pushers in the Mimaropa region.

Fernandez was said to be a high-value target while the minor was his cohort.

Confiscated from the suspects were one kilo of shabu with an estimated value of P6.8 million, PDEA said.

The suspects will be charged for violating the Republic Act 9165 or the Comprehensive Dangerous Drugs Act of 2002.

Fernandez was detained in the PDEA-National Capital Region facility while the minor would be turned over to the Department of Social Welfare and Development.


Pharmally scandal: When middlemen profit even during a pandemic