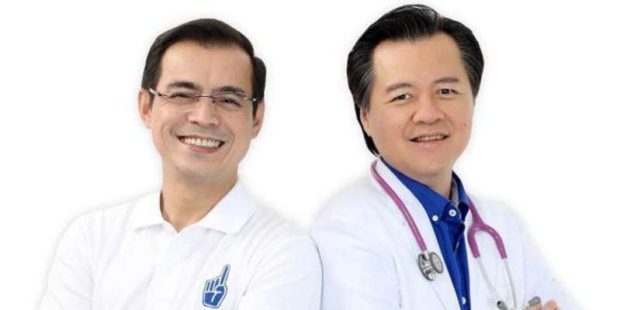 MANILA, Philippines — Manila Mayor Francisco “Isko Moreno” Domagoso, who is running for president in 2022, said on Tuesday that, if he would win, he would appoint his running mate, Dr. Willie Ong, as health secretary.

“I will give Dr. Willie Ong freedom because I will make him health secretary as vice president,” Domagoso said in Filipino.

He added that the celebrity doctor had already committed to help him fix the country’s public health system.

Should Ong decline the offer, he would still play a major role in deciding the next chief of the Department of Health, Domagoso said.

“But he said that he would help me choose whoever will be good, efficient, and competent in handling the health of our fellow Filipinos,” he said.

Domagoso is running under Aksyon Demokratiko party, of which he is the president, with Ong as vice president.