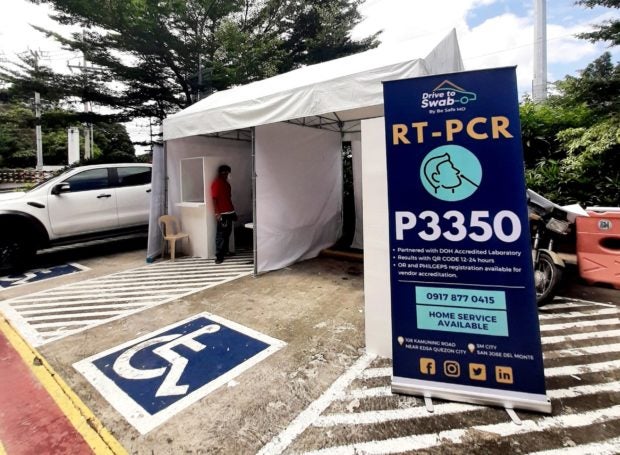 MANILA, Philippines — The Department of Health (DOH) on Monday reported 4,405 new cases of COVID-19, bringing the total confirmed infections to 2,761,307.

This is the second lowest daily number of cases reported since August, which accounts for only 9 percent of the relatively low number of individuals tested at 47,731.

Meanwhile, the DOH recorded 7,561 recoveries which brings total recoveries to 2,661,602. This higher number of recoveries has once again decreased the current active infections to 57,763. 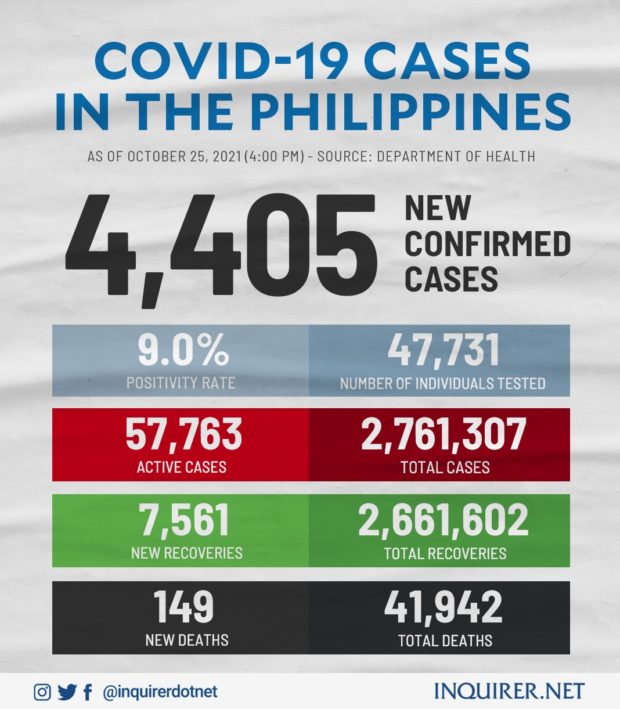 However, five laboratories were not able to submit data to the COVID-19 Document Repository System in the total tests conducted on October 23, the DOH said. These labs contribute, on average, 0.6 percent of samples tested and 1 percent of positive individuals.

The health agency also said that 21 duplicates were removed from the total case count — of which 14 were recoveries.

“Moreover, 118 cases that were previously tagged as recoveries were reclassified as deaths after final validation,” it added.

A continued decrease was also seen in healthcare utilization rate across the country as the DOH reported that 52 percent of ICU beds, 40 percent of isolation beds, 37 percent of ward beds, and 36 percent of ventilators are currently in use during the COVID-19 pandemic.

The same goes for Metro Manila where occupied ICU beds are currently at 46 percent, isolation beds at 35 percent, ward beds at 33 percent while 32 percent of available ventilators were also being used in the region, said DOH.