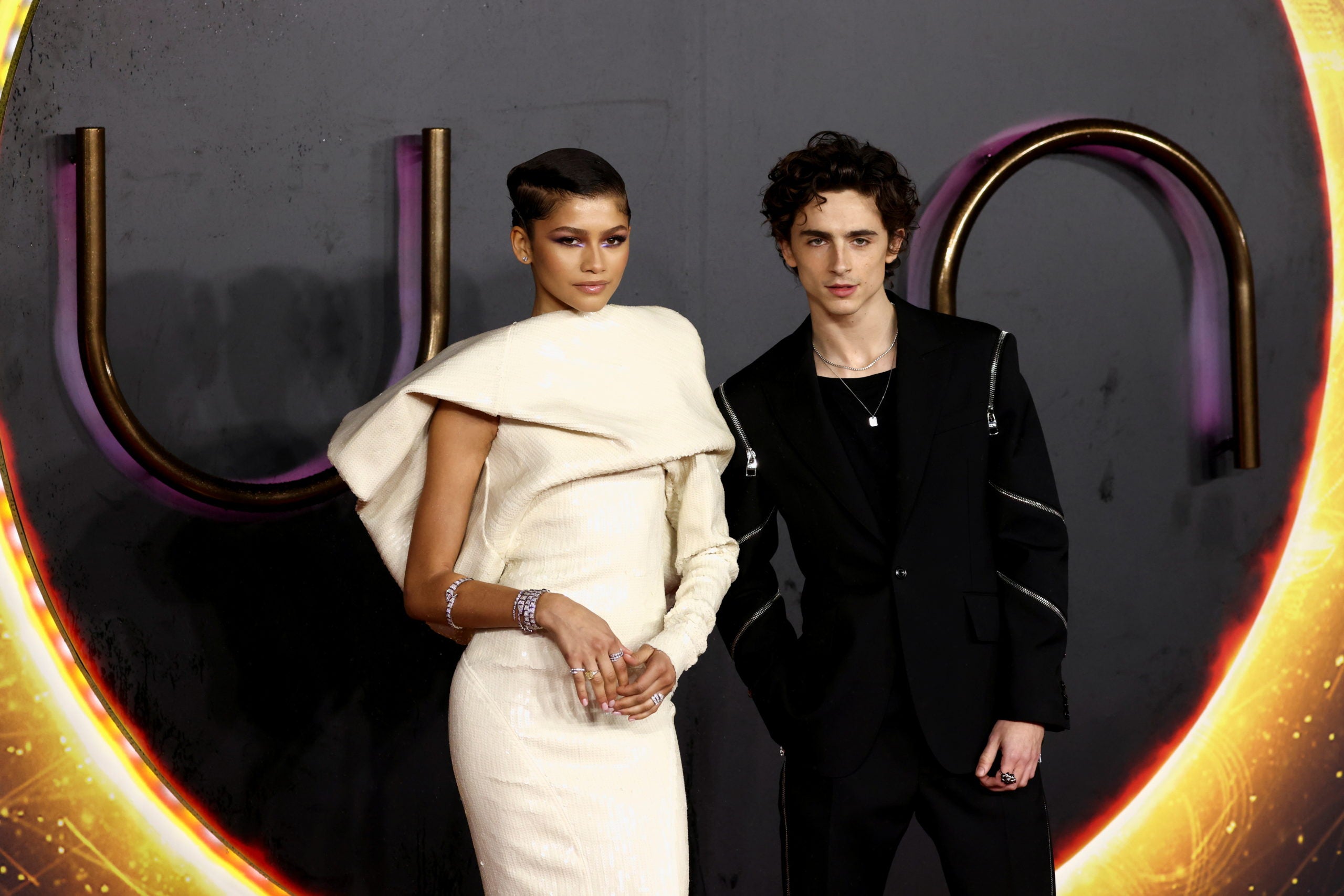 Cast members Zendaya and Timothee Chalamet pose as they arrive for a UK screening of the film “Dune” in London, Britain October 18, 2021. (REUTERS)

Yet that solid three-day showing for Denis Villeneuve’s adaptation of the Frank Herbert opus came even as studio Warner Bros. released the film simultaneously for small-screen streaming via HBO Max, an increasingly common pandemic-era practice.

With an all-star cast led by Timothee Chalamet, Rebecca Ferguson, Oscar Isaac, Jason Momoa and Zendaya, the film tells the tale of a family in the distant future fighting for survival on a treacherous desert planet.

“Dune,” with a plainly relevant environmental subtext, has taken in $180 million overseas, and Villeneuve, whose growing sci-fi catalogue includes “Blade Runner 2049” and “Arrival,” hopes to make this the first in a two-part saga.


Angeline Quinto admits she and Erik Santos tried being a couple

In distant second was last weekend’s leader, Universal’s horror flic “Halloween Kills,” at $14.5 million. A follow-on to 2018’s “Halloween,” it again stars Jamie Lee Curtis, and the studio has said she will be back for another sequel next year.

Third place went to United Artists’ latest James Bond film, “No Time to Die,” at $11.9 million. Daniel Craig stars, supposedly for the final time, as 007 is dragged out of retirement for one last — no really! — assignment.

In fourth was Sony superhero film “Venom: Let There Be Carnage,” at $9.1 million. Tom Hardy stars as a journalist whose symbiotic link to an alien gives him superpowers.

And fifth went to a new 20th Century release, computer-animated sci-fi comedy “Ron’s Gone Wrong,” at $7.3 million. Zach Galifianakis and Ed Helms are among the voice actors telling the story of a socially awkward middle-schooler in the future who receives a defective but good-hearted robot as a present.

Rounding out the top 10 were:

“Shang-Chi and the Legend of the Ten Rings” ($2 million)