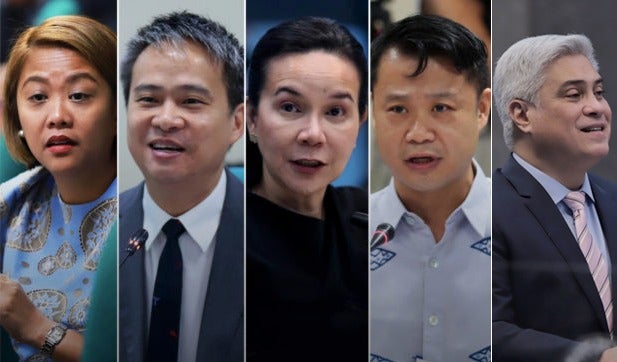 MANILA, Philippines — Five senators on Monday filed a bill seeking to ban the option to substitute an electoral aspirant who voluntarily withdraws candidacy.

The bill seeks to amend the Omnibus Election Code to remove “withdrawal” as one of the allowable reasons for a candidate’s substitution.

In filing the bill, the senators lamented that withdrawing one’s candidacy as a ground for substitution “has been abused over the years, where vigilance and compliance over deadlines have been disregarded as the option of substitution has always been available.”

“This unfortunate practice of just fielding anyone to be a party’s candidate for the sake of complying with the Comelec (Commission on Election) deadline is observed by some as a mockery of the process of filing certificates of candidacies,” they said in the bill’s explanatory note.

“This bill seeks to modify the grounds for substitution by removing the option of substitution in a case where an aspirant or official candidate of a political party voluntarily withdraws his candidacy, and adding incapacity as a ground for substitution of candidates,” they added.

The senators said their proposal limiting the grounds for substitution seeks to further “support the strengthening and institutionalization of the political party system in the Philippines and to level off the playing field among candidates.”

They said that allowing substitution due to withdrawal gives “unreasonable advantage to political parties at the expense of independent candidates.”

This, since “substitution by withdrawal is only allowed when the candidate is a member of a political party. “

has already been filed in the House of Representatives.

In the Philippine electoral system, political aspirants can still run for their desired position even outside the set dates for the filing of certificates of candidacy (COC).


‘Bato’ dela Rosa, suspected to be a placeholder, agrees to amend substitution rule

They can substitute a candidate who has filed his or her COC but it is subject to certain conditions.

For the 2022 elections, if a candidate dies, withdraws, dies, or is disqualified by final judgment, a substitute candidate can file their COC by November 15, 2021.

This COC will reflect the name of the substitute. November 15 is also the last day for substituting party-list nominees who withdraw.


Makabayan to continue to cooperate with Robredo-Pangilinan campaign