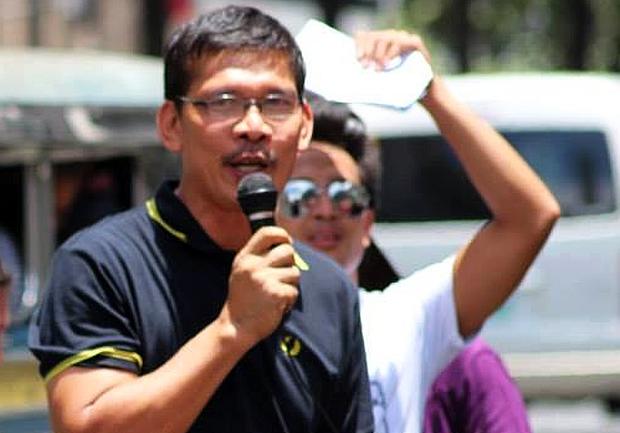 MANILA, Philippines — Labor leader and presidential aspirant Leody De Guzman and his running mate Walden Bello on Saturday said they will push for the decriminalization of abortion and the legalization of divorce and same-sex marriage should they win in the elections next year.

De Guzman and Bello who are running under the Laban ng Masa party bared their platform in an online presentation. The tandem said they would institute measures to fully achieve gender equality and gender rights by passing a divorce law, decriminalizing abortion as well as legalizing same-sex marriage, and supporting alternative forms of family arrangements.

De Guzman, in a statement sent to INQUIRER.net, explained that marriage is a “contract” that ratifies the union of two people.

(Just like any other contract, every person who is of legal age has a right to enter [a marriage]. And just like other contracts, they should also be free to go should things turn out unfavorable.)

(If we believe in equality among people, I think it’s time to legalize same-sex marriage and divorce so everyone could enjoy the benefits and rights of being married.)

(I think this is good for women, who will achieve a sense of autonomy to make a choice with their own life and body.)

(There are many situations that necessitate an abortion. I also think that they could consult their doctors about this without the fear of danger and imprisonment.)

In the Philippines, both abortion and divorce are prohibited.

De Guzman and Bello are also pushing for the imposition of a “wealth tax” on the 250 richest Filipinos with an additional 1-3 percent tax.

They would also push for the raising of the minimum wage to P750 across the board and ending the practice of contractualization, putting price control on primary and basic commodities, and freezing the country’s compliance with the World Trade Organization (WTO).

The tandem also promised to provide free healthcare and education for all, as well as monthly food and health subsidies to all Filipinos.

De Guzman noted that he and Bello are the only candidates who could “confront the interests” of the billionaires and the ruling power.

(No other candidates for the presidency could advance this kind of platform. Why? Because they rely on the support of billionaires to win!)

For his part, Bello also said their duo are the only ones capable of stopping the “Marcos-Duterte axis of evil” as well as the only one with a “comprehensive program for social transformation.”

Here are the expounded economic and social development as well as political platforms of the duo.

“This election campaign should center on platforms instead of personalities,” Bello said. “But right now we are the only ones who have so far come out with a comprehensive program and plan of action.”

“Leody and I, in contrast, offer a tough program of real reform that cannot succeed unless most of our people rally behind it to defy the rich and the powerful that will lose by it,” Bello said.