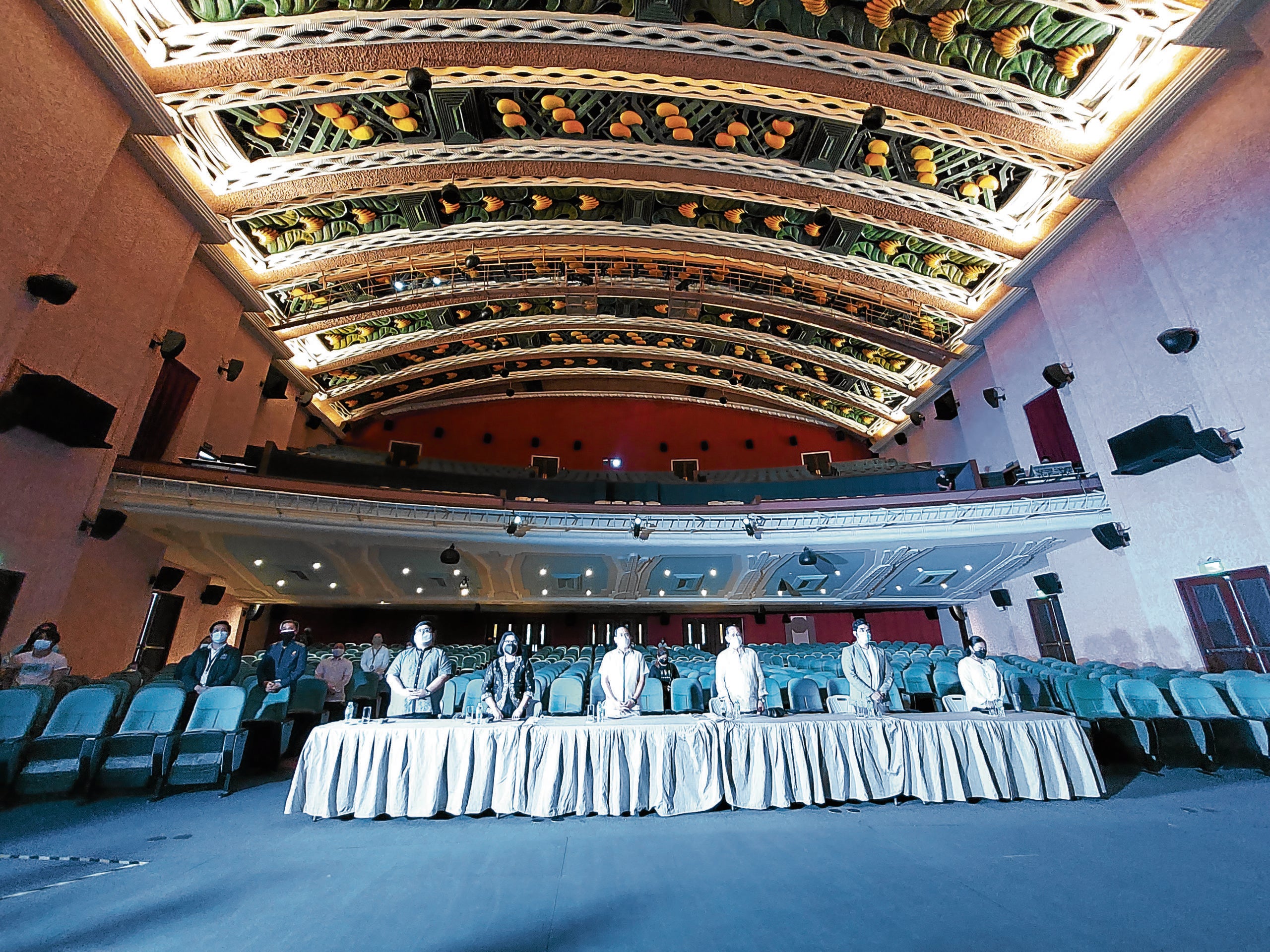 The newly refurbished Manila Metropolitan Theater (Met), which is set to open in December 2021, now boasts of a cinema facility with a surround sound system that’s one of the best in Southeast Asia.

This was according to Arsenio “Nick” Lizaso, chair of the National Commission for Culture and the Arts (NCCA), the agency that has been leading the restoration and rehabilitation of the 90-year-old structure since 2015.

The Met, one of the grandest buildings built during the American colonial period, will hold its first hybrid film screenings—a mix of physical showing and streaming—to celebrate its 90th anniversary in December, Lizaso added.

The Met is the second biggest venue in Southeast Asia that offers Dolby Atmos surround system, next only to Singapore’s Marina Bay Sands, added Dr. Rene Escalante, chair of the National Historical Commission of the Philippines (NHCP), one of the arts-related government agencies tapped by the NCCA to assist in the Met’s restoration.

“We can say that it’s the biggest theater with Dolby Atmos facility in the entire country, and second in Southeast Asia,” Escalante said. “The theater has an east wing and a west wing. Renovation on that part of the building is almost done, meaning, there are just a few things that are being fixed in the east wing.”

During the formal reopening of the Met on Oct. 12, those who were physically present at the venue were given a guided tour while the members of the media witnessed portions of it via Zoom.

“You will see that we tried to bring back the Met’s original look, including most of the Arellano elements here and there,” said Escalante, referring to the designs created by the Met’s architect, Juan M. Arellano. “Even the original artworks found here were returned. Among the things that were replaced, however, were the chairs.”

Escalante said seating arrangements had to be modified to adhere to the current health and safety protocols. This is why the Met, which used to house 1,670 guests, can now accommodate only 1,000, “or even less.”

“The walkways were too narrow because there were too many seats. We were afraid that we wouldn’t be able to control the crowd in case we encounter emergency situations. We thought it better to reduce the seating capacity,” he explained, adding that the Met’s air-conditioning system has also been modernized. “It once made use of ice-based coolers. Today, ramdam na ramdam na natin ang lamig.”

Escalante pointed out that the cinema facility is actually a new feature. “It was never part of the restoration team’s original plan, although we were required to make the theater ‘multifunctional’ in order to maximize its use. We’re lucky that we were given enough funding to acquire state-of-the-art technology. This is the latest technology that’s currently running in the world.” 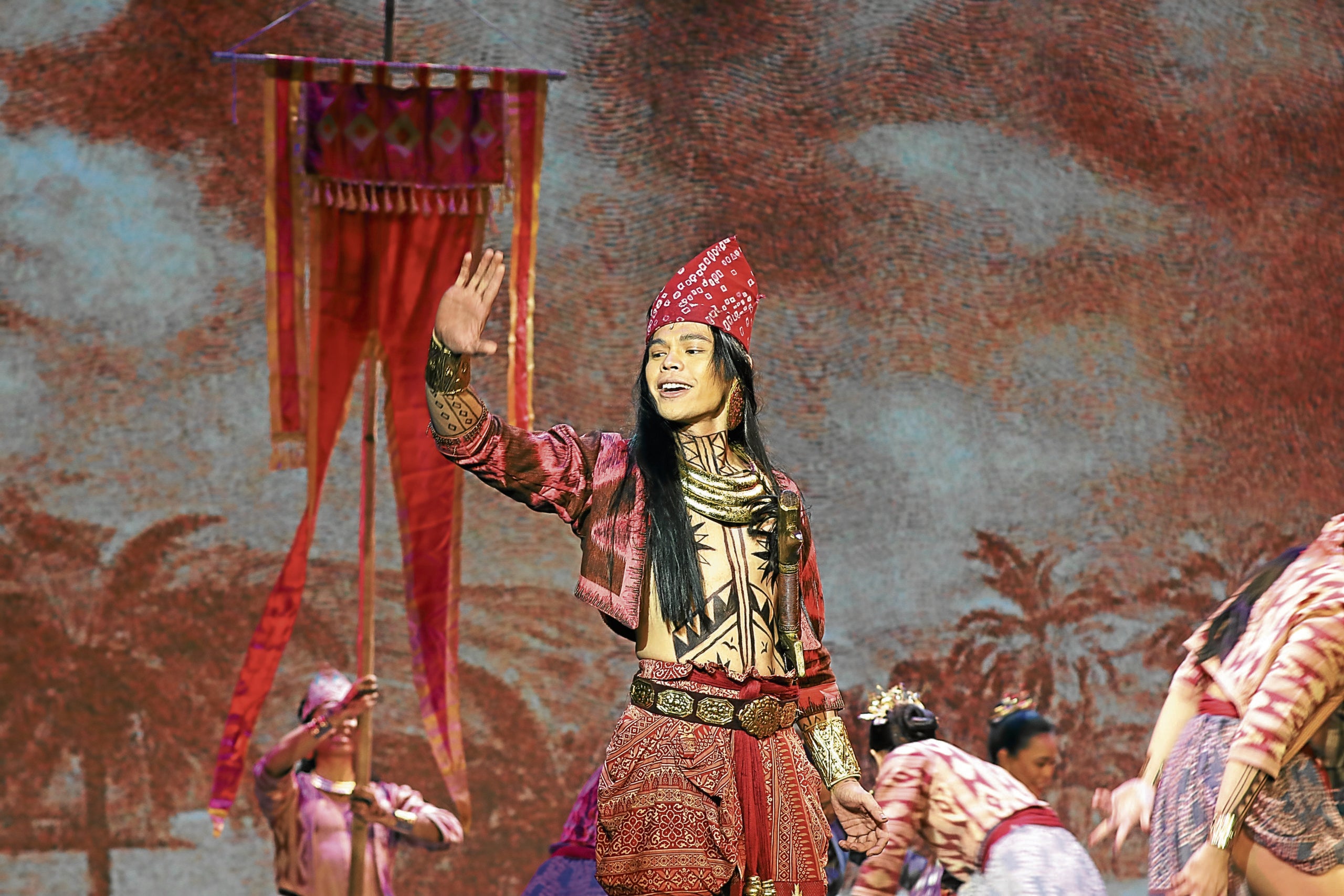 Escalante further said: “Once we get past this pandemic and are able to go back to watching live performances, I imagine the Met being the perfect venue. This can match the services of other commercial theaters like Solaire or the CCP (Cultural Center of the Philippines). This is really for the people, and the shows that will be featured here are suited for art-loving Filipinos. We also hope to maintain affordable ticket prices, especially for students, so that more audience will be able to enjoy the place.”

Meanwhile, Lizaso announced that “Lapulapu, Ang Datu ng Mactan,” the first theatrical production at the Met since it closed its doors in 1996, will be streaming soon. In November, the four resident companies of the CCP, namely, the Philippine Philharmonic Orchestra, Ballet Philippines, Philippine Madrigal Singers, and Bayanihan Philippine Dance Company, will also have a show at the Met, he reported.

Lizaso explained that the production was supposed to begin its run in April. “The Metropolitan Theater was ready. We were ready! But we were not allowed to have an audience. It was very sad.”

Meanwhile, Marichu Tellano, the NCCA deputy executive director, recalled the six-year journey of the Met’s restoration and rehabilitation, which she described as “challenging in every sense of the word.”Cultivating interest in arts

The NCCA was able to purchase the property from the Government Service Insurance System (GSIS) in 2015. The acquisition was critical as it came at a time when a lot of the historic and cultural structures in Manila had been subjected to demolition, Tellano reported.

“So today, the Met is standing ready again to continue with its mission as a structure that will bring together artists, cultural workers, and, of course, our people to share and have an experience of Philippine culture and the arts. We truly believe that the Met can be a venue to cultivate interest and knowledge in Philippine arts and culture from the various performances that we can possibly offer to the public,” Tellano said.

“Lapulapu, Ang Datu ng Mactan” will be streamed on the Facebook pages of The Metropolitan Theater, the NCCA, NHCP, and other partner institutions on Oct. 24 at 6 p.m.