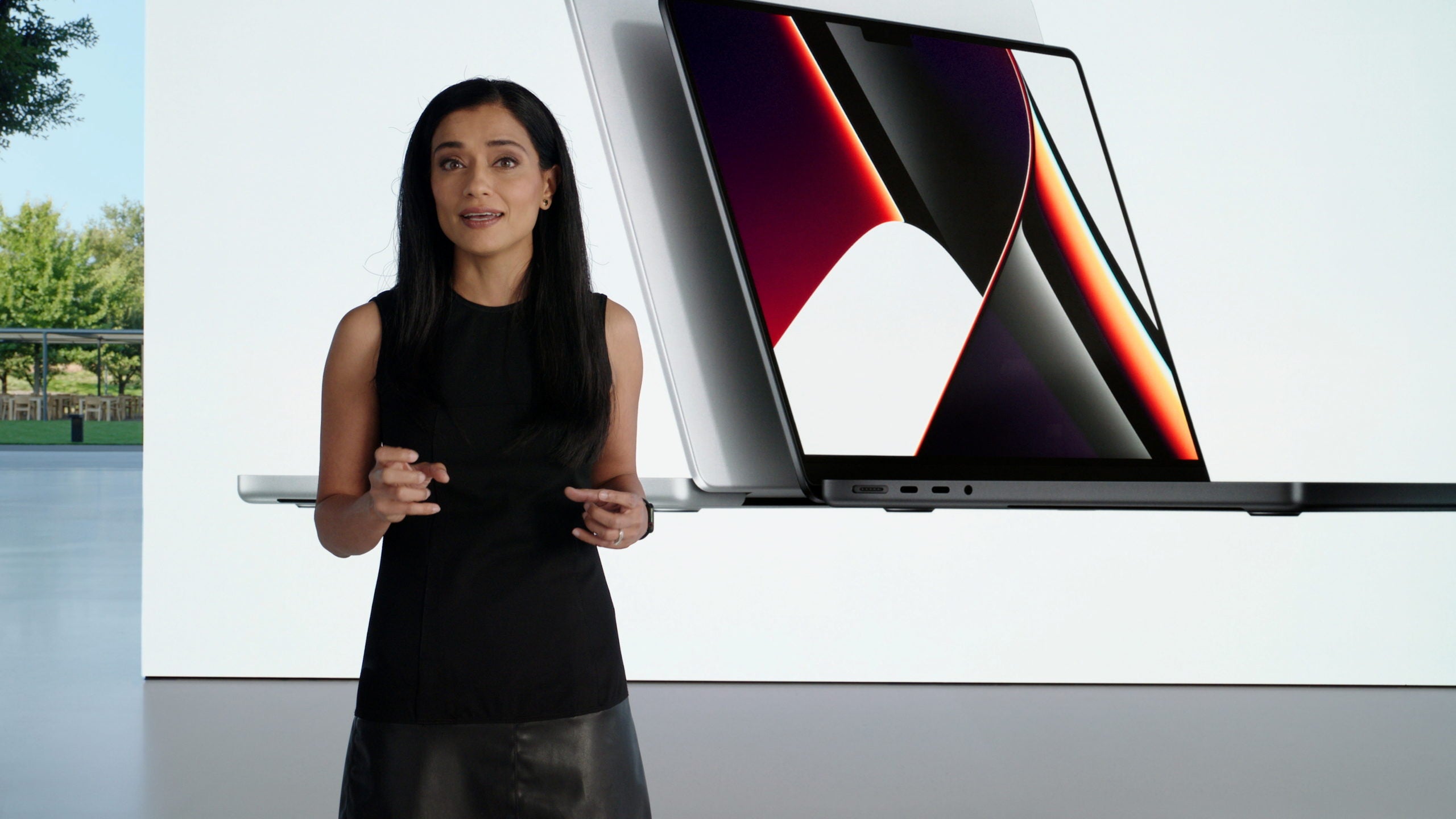 Apple’s Shruti Haldea speaks about the MacBook Pro powered by the company’s new M1 Pro and M1 Max chips, during a special event at Apple Park in Cupertino, California, U.S. in a photograph released October 18, 2021. Apple Inc/Handout via REUTERS

The Cupertino, California-based company, which launched its new line of iPhones just over a month ago, added more products just in time for the holiday season.

The iPhone maker will have a $4.99 per-month Apple Music subscription plan and added vibrant colors to its HomePod mini smart speakers.

Here are three key announcements from the event:

Apple announced two new chips called the M1 Pro and the M1 Max, making them bigger and faster than its previous M1 chips. The chips will help Apple improve video processing in its computers while extending their battery life.

“The Mac is now one year into its two-year transition to Apple silicon, and M1 Pro and M1 Max represent another huge step forward,” Apple said as it continues to move away from the Macs that ran on Intel Corp chips.

Apple announced two new MacBook Pros fitted with its latest M1 Pro and the M1 Max chips. The new laptops got a new chassis design and Apple replaced the touch bar with a row of physical keys. The laptops, aimed at high-end creative professionals, also have a new 1080p camera.

The new Apple chips also helped the company expand the battery in these new laptops. Apple claimed that the 14-inch model will deliver up to 17 hours of video playback, while the 16-inch model will play video for up to 21 hours – adding seven and 10 additional hours of battery life to the new notebooks.

CHEAPER AIRPODS WITH SOME PREMIUM FEATURES

Apple launched the third version of it popular AirPods. The new earbuds will start at $179 and come with some features it would share with the higher-end AirPods Pro. The new AirPods will come with spatial audio, a longer battery life and a new design.

The AirPods and AirPods Pro will come with a MagSafe charging case – enabling customers to use magnetic wireless chargers to juice up their earbud case. The base AirPods model got a price cut and will now cost $129 in the United States.

The new laptops and earbuds will available for online orders starting Monday and will be in stores Oct. 26.


US concerned by possible Chinese, Russian uses of hypersonic weapons