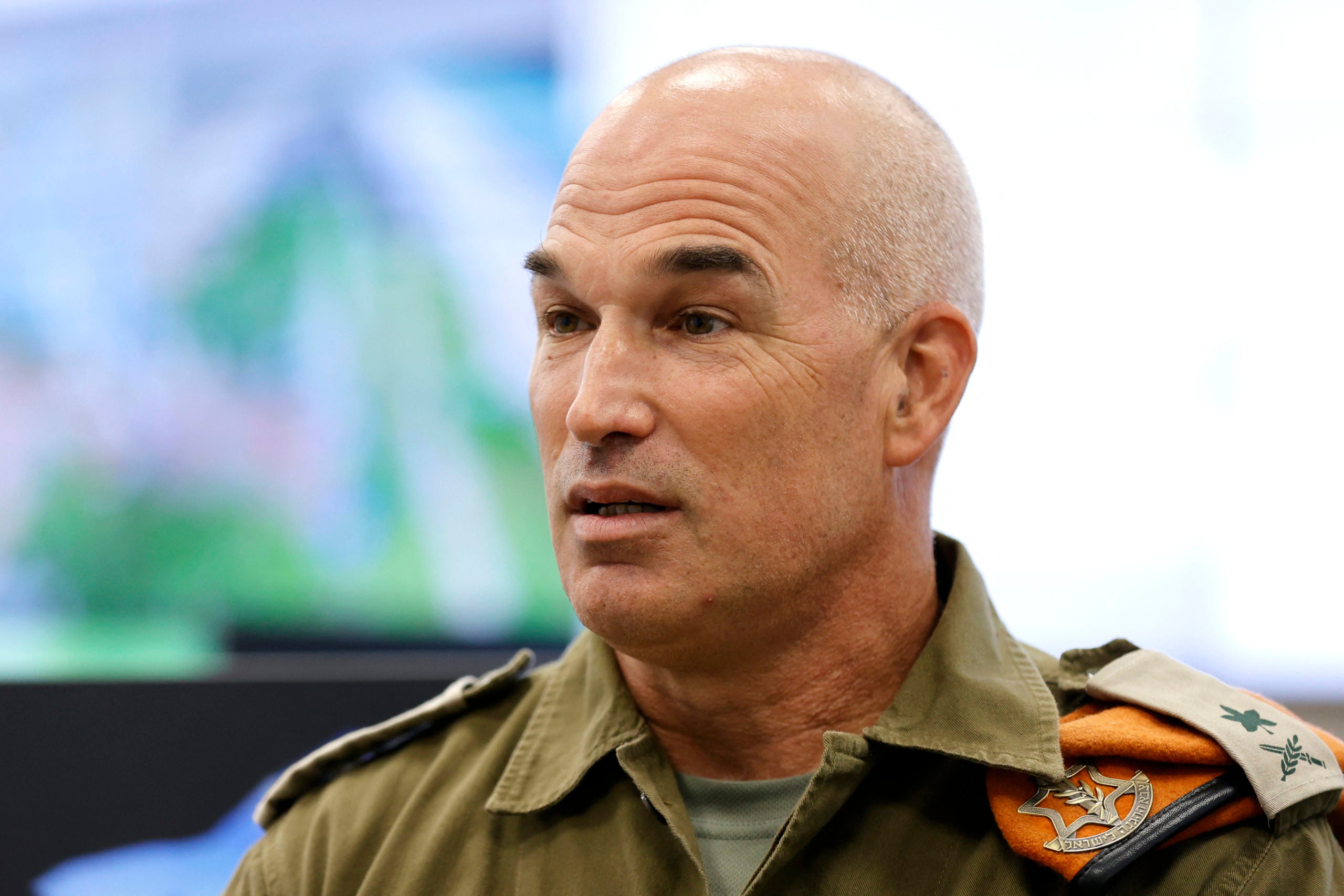 Major General Ori Gordin, chief of Israel’s Home Front Command, speaks during an interview with AFP at the command’s operational center in the central town of Ramle, on October 12, 2021. (Photo by JACK GUEZ / AFP)

RAMLA, Israel — Israel does not want war with Lebanon’s Hezbollah but is prepared to face about 2,000 rockets a day from the armed group if conflict breaks out, a senior Israeli military official told AFP.

In May this year, the Israeli army fought an 11-day war against Palestinian armed groups in the Gaza Strip, who fired around 4,400 projectiles towards the Jewish state.

Israel says its Iron Dome defense system, which has been in use for around a decade, intercepted around 90 percent of the rockets headed for populated areas, while just under 300 hit inhabited districts.

The rate of fire surpassed that seen in Israel’s 2006 war against Hezbollah, when a similar number of rockets were launched from Lebanon — but over the course of around a month — the Israeli army said.

In May, cities like Tel Aviv and Ashdod experienced the “highest number of fire towards them in the history of Israel”, said Uri Gordin, chief of the army’s Home Front Command.

“We saw a pace of more than 400 rockets fired towards Israel on a daily basis.”

He said that in the case of “conflict or a war with Hezbollah, we expect more than five times the number of rockets fired every day from Lebanon to Israel”.

“Basically we are looking between 1,500 and 2,500 rockets fired daily towards Israel,” he told AFP.


Set up in 1992 after the first Gulf War, Gordin’s Home Front Command is in charge of civil defense, meaning it is responsible for readying the country in case of threat, conflict, or disaster.

The unit was criticized for its response to the 2006 war with Hezbollah, which killed more than 1,200 Lebanese, mostly civilians, and 160 Israelis, the majority of them soldiers.

That war was a “wake-up call” for the Home Front Command, Gordin said, adding that it had since beefed up its liaison units, which are now active across 250 Israeli municipalities to provide assistance in case of any attack.

The Home Front Command uses computer projections to predict a rocket’s trajectory after it has been launched, and advises the public, within a specific range, to head to bomb shelters.

During the Gaza conflict in May, this allowed emergency services to “go to every incident within less than five minutes”, Gordin said from the control room of the unit’s headquarters in Ramla, near Tel Aviv.

He said preparations had been made for any incidents on the border with Lebanon.


An Israeli security source said the Israel army hoped for “stability” in its northern neighbor, which is mired in a crippling economic crisis and on Thursday saw deadly sectarian clashes in the capital Beirut that left seven dead, including Hezbollah members.

Iran-backed Hezbollah was “the source of instability in Lebanon”, the security source said, adding that the group “exploits the state’s resources for Iranian interests”.

Iran is “closer to creating fissile material for nuclear weapons than they ever were in the past” but would still need two years to obtain a bomb, the source said, echoing a timeframe cited by other Israeli officials.

Tehran insists its nuclear program is for civilian purposes.

“We are preparing for all options and scenarios, including military capabilities,” the security source said.

Israel has been staunchly opposed to the revival of a nuclear deal agreed between Tehran and world powers in 2015.

The agreement has been on life support since then-president Donald Trump withdrew the US in 2018 and reimposed crippling sanctions.

But Israel could accommodate a new deal if it ensured Tehran would never obtain a nuclear bomb, some Israeli officials have suggested recently, as top Israeli ally the US seeks to push Iran back to the negotiating table after months of suspended talks.

However, US President Joe Biden’s administration also hinted on Wednesday that it could resort to force if diplomacy fails, rallying more closely than ever behind Israel warnings on the possibility of military action.