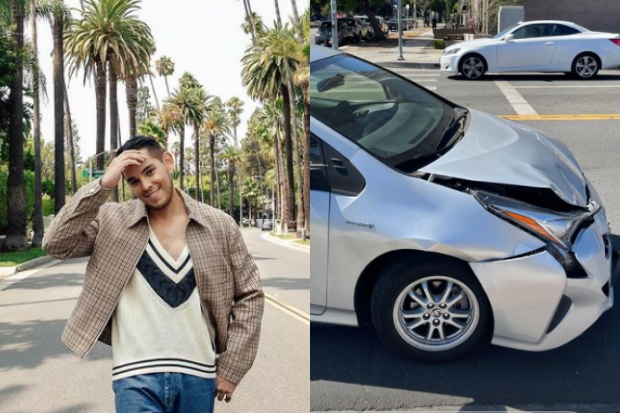 Raymond Gutierrez is beyond grateful after he survived a car crash in Los Angeles, California, though he admits he was still shaken up by the incident.

The TV host recalled the events leading to the crash through a series of Instagram Stories yesterday, Oct. 13. The car that Gutierrez was riding can be seen with its hood crushed due to the incident.

“Still shaken up. My Uber driver got into an accident,” he said. “Good thing I was wearing a seat belt during the impact. Just happy to be safe [because] it could’ve been a lot worse.” 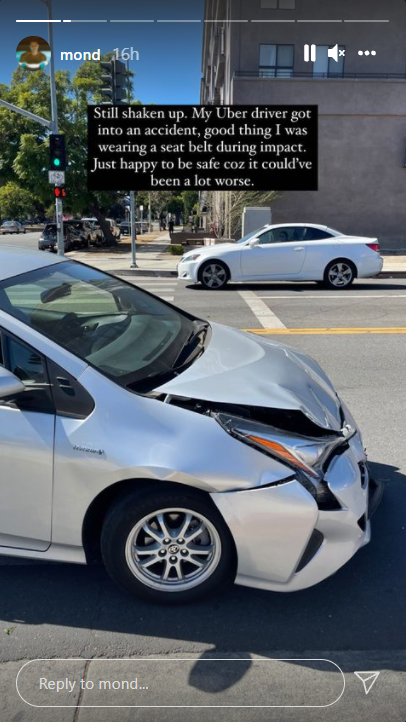 Gutierrez also showed another vehicle that was involved in the collision, a black car that bumped into a fire hydrant. According to him, the other driver “turned from the wrong lane” while traffic lights were green, leading to a “strong” impact.

“I don’t drive and that’s still on my to-do list here in [Los Angeles]. I miss the convenience of having a driver in Manila but I know I’m gonna have to learn this life skill at some point,” he told fans. 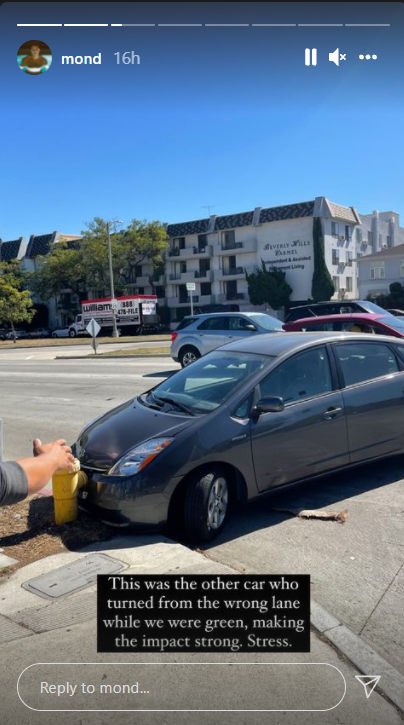 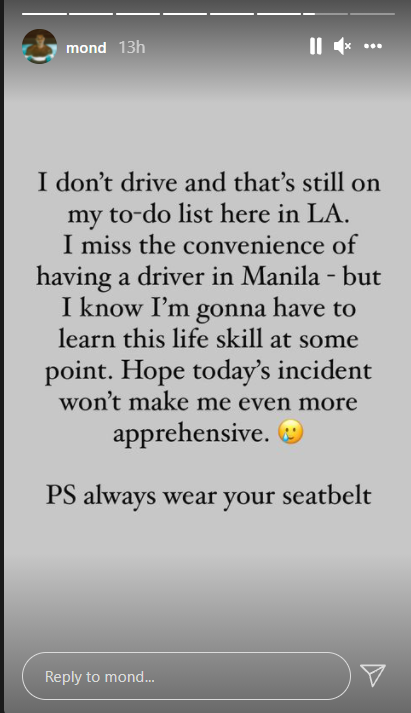 Despite the unfortunate experience, Gutierrez hopes it will not make him anxious about driving. He also reminded the public to always be careful when on the road by wearing seat belts.

Raymond Gutierrez comes out as part of LGBTQ community