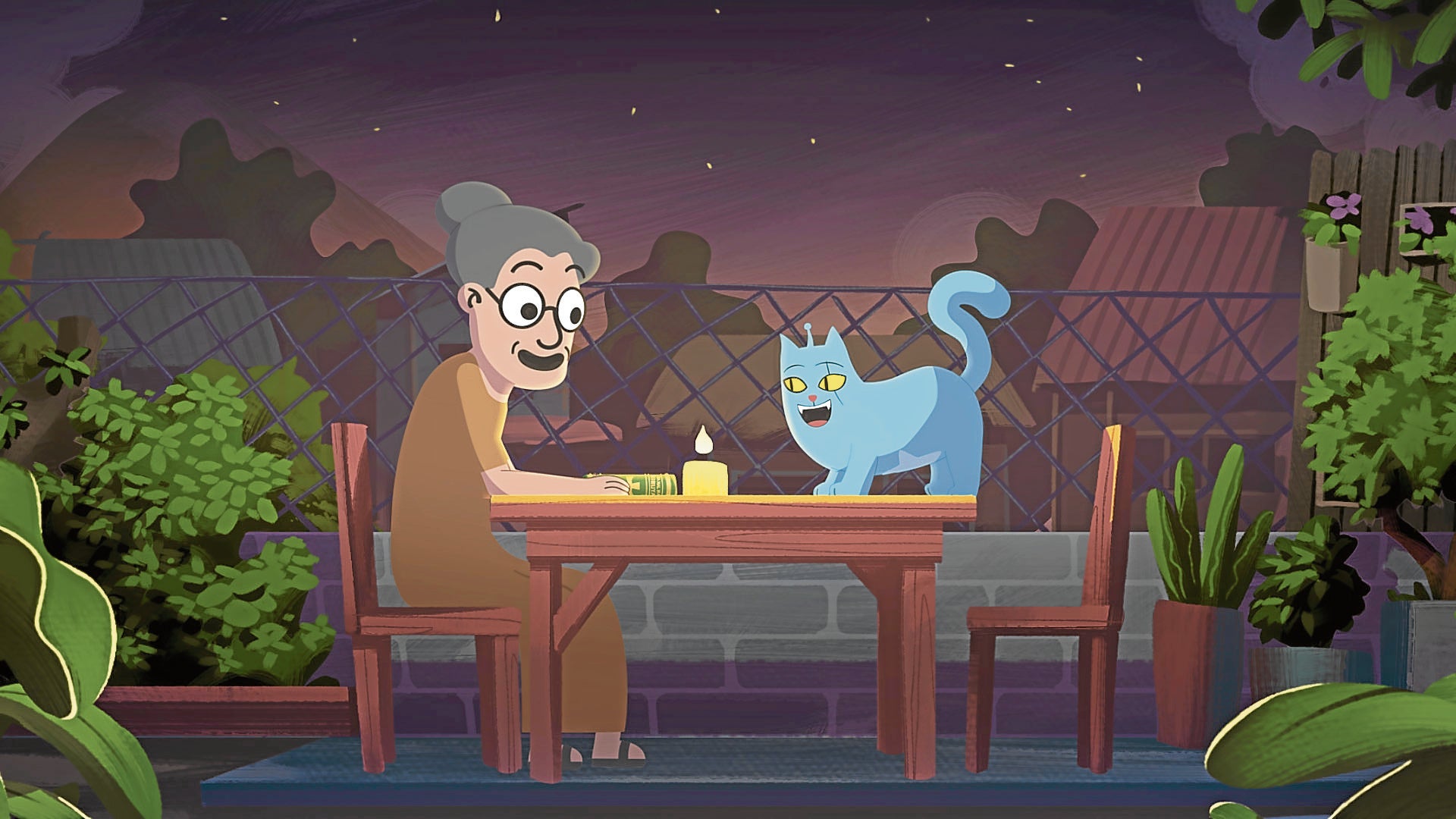 Animation creator and director Avid Liongoren, who recently introduced “Heneral Tuna” as his first project for children, admitted that the idea of working with a government agency on the said animation series had him “very worried.”

The National Commission for Culture and the Arts (NCCA) bankrolled the project for its Filipino Values program. The kid-friendly digital series, which consists of seven episodes and stars an extraterrestrial blue cat, aims to teach Filipino values and culture to its young audience.

“When I first got the project, I was very worried that it was commissioned by a government agency because [my impression was that] it’s very institutional, very boring, very rigid. I was surprised [to learn that] the NCCA picked the project because they want the opposite of all that, and that was cool,” Liongoren told reporters during the recent virtual launch of “Heneral Tuna.”

“I’m always anxious because I know that every project is hard,” the director said, adding that he would often worry about making sure his team was able to stay on budget and on schedule. “Now that it’s finished, I’m excited for people to watch it.”

Search for a character

Liongoren shared his team’s search for “an interesting character who would need to learn Filipino values and relationships.”

First, they came up with a young child adventurer who traveled in time.

“That was meant to be a young Rizal who fast-forwarded to the future and learned all about the Philippines,” he reported. “Another concept was a robot that an old scientist built. He had to learn how to be human. Another one was a high school of tikbalangs and manananggals who all had to learn what it was like to be a Filipino and stop eating them.”

However, Liongoren said what led the whole team on the same page was a Youtube video of a cat talking about his day and how miserable he is with humans.

“That was all we needed: a diary of a grumpy cat,” he recalled.

Scriptwriter Carlo Vergara, known for creating the fictional comic book superheroine Zsazsa Zaturnnah, admitted to feeling worried, too. After all, this is his first project written for kids and mostly in Filipino. Aside from that, the idea that the NCCA was backing them up made him feel nervous, he admitted.

“I said, ‘Sige na nga!’ I need to level up my writing capabilities by taking on a new challenge,” Vergara pointed out. “I’m a very visual thinker so I would imagine what’s happening in each episode and would just write down what’s going on in my mind. Overall, it was a very enriching experience for me.”

According to Arvin Villalon, lead researcher of the NCCA’s Filipino Values program, the series made use of seven out of 20 core Filipino values, “in the context of the pandemic.”

He explained: “We figured that this would be released still at the time of the pandemic so we chose seven values that are most relevant to the period,” most notable of which are resilience, faith, and love for family and community.

The first episode, which was shown exclusively to the media on Oct. 8, shows Heneral Tuna taking notice of how humans care for each other as a family. He points out that extra love and care are given to older humans as well as the really young ones.

NCCA deputy executive director Marichu Tellano said: “What is interesting about using these values is how easily they are tied to each other. You don’t really need to isolate them or make them stand alone. For example, the first episode highlights the value of family. You can see in the whole narrative that there are other values, like how to relate with other members of the community.”

As early as now, Liongoren lets on the possibility of a sequel. “Hopefully, if his adventures continue, Heneral Tuna could meet other aliens from his home world who also need to learn stuff or meet new human beings who would challenge him. Definitely, there will be more kabulastugan.”

“Heneral Tuna” is produced by Rocketsheep Studios, producer of the live-action animated film “Saving Sally” (2016) and the adult animated film “Hayop Ka!” (2020). The new short animated series will be streamed both on Kumu and the Film Development Council of the Philippines channel starting on Oct.15, at 7 p.m.