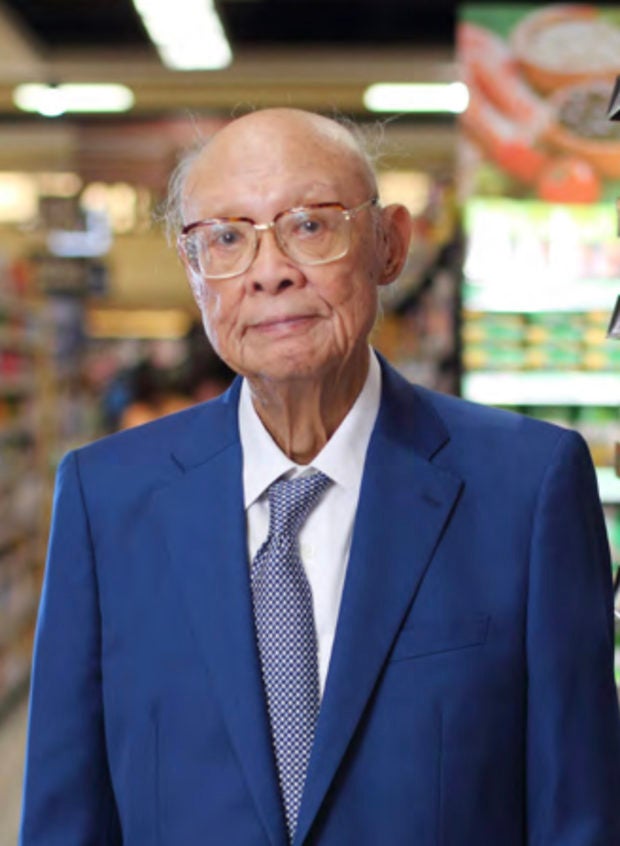 MANILA, Philippines—Business tycoon and philanthropist Ricardo Po Sr., a former journalist who built a food manufacturing empire under Century Pacific Food Inc. (CNPF), died on Thursday at the age of 90.

CNPF disclosed to the Philippine Stock Exchange on Tuesday (Oct 12) the demise of its founder and chair emeritus.

Born to a poor family in China, a conflict in China separated Po and his mother from his father. From Guangzhou, they moved to Manila in 1947 when Po was 15. He learned English by studying a Chinese-English dictionary and first earned money by offering translation services for Chinese businessmen in Binondo.

He started working at a Chinese-language newspaper as a journalist in 1950, initially covering the police beat and eventually Malacañang. Elpidio Quirino was the last president that he covered.

He founded CNPF in 1978, growing it to become one of the largest branded food companies in the Philippines. He was awarded a Masters in Business Administration by the University of Santo Tomas in 2006.

Forbes magazine ranked the Po family as the 16th richest in the country with an estimated net worth of $1.5 billion.

Aside from CNPF, his family has interest in food retailing through Shakey’s Pizza Asia Ventures Inc. and property development through Arthaland Corp.

In 2014, Po landed on Forbes magazine’s list of “notable” philanthropists in Asia-Pacific. He was cited for his work at improving nutrition and alleviating hunger through a network of partners serving up to three million meals a year to schoolchildren.

The magazine noted that Po remembered experiencing hunger during his childhood which inspired his setting up of the CPG-RSPo Foundation in 2010.