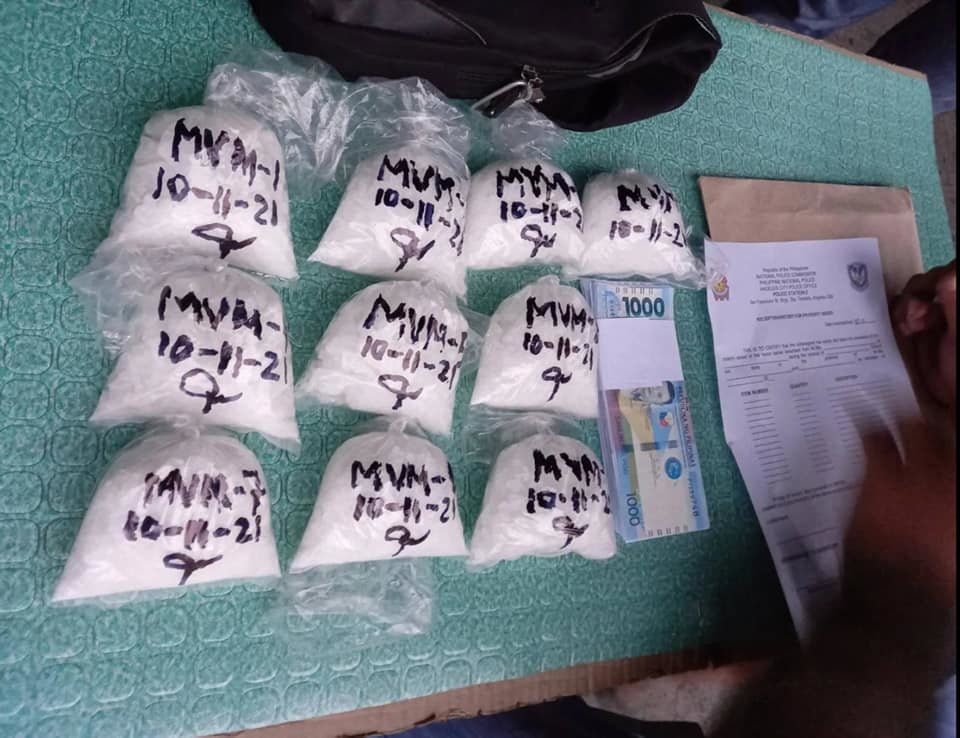 These packs containing a kilogram of alleged “shabu” (crystal meth) were seized from a drug suspect in Angeles City. (Photo from the Police Regional Office 3)

MABALACAT CITY, Pampanga––Police confiscated Monday, Oct. 11, some P7,548,000 worth of “shabu” (crystal meth) from three suspected drug peddlers arrested in this city and nearby Angeles City.

In a statement, the Central Luzon police identified the suspects as Jonalyn Monte, 28, a high-value individual; Dianora Gubatun, 29; and Jerome Aguilar, 30.

The statement said Monte and Gubatun were caught during a buy-bust operation Monday evening along North Daang Bakal in this city and allegedly yielded 110 grams of shabu worth P748,000 in the street market.

Aguilar was arrested in a separate operation in front of a bus station in Lourdes Northwest, Angeles City after he allegedly sold P10,000 worth of shabu to an undercover police officer.

At least 10 packs containing a kilogram of suspected shabu worth P6,800,000 in the street market were allegedly confiscated from the suspect, along with the marked peso and fake bills used in the sting operation.