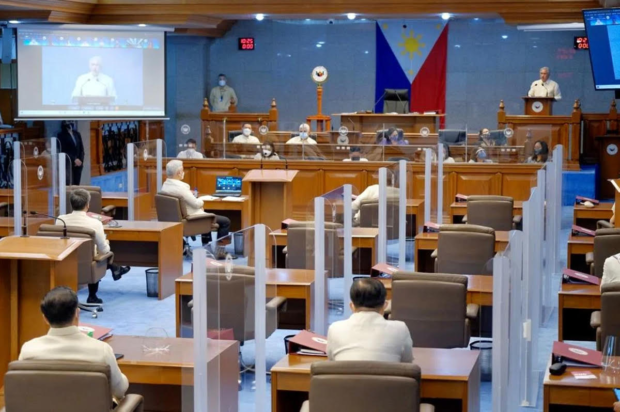 MANILA, Philippines—The Commission on Elections said that as the filing of certificates of candidacy ended last Friday (Oct. 8), the Philippines has over 500 individuals seeking national posts in the 2022 elections.

Day 8 of COC, CONA filing: List of aspirants for nat’l posts in 2022 polls

Section 4, Article 6 of the 1987 Constitution of the Philippines states that when elected, a senator has a term of six years, but would be allowed to serve only two consecutive terms.

Senate President Vicente Sotto III, who will seek the vice presidency, and Sen. Ralph Recto, who will seek to represent the 6th district of Batangas, were both elected in 2010 and 2016.

Three senators filed certificates to seek the presidency – Panfilo Lacson and Manny Pacquiao, who are still eligible to seek a second term, and Ronald Dela Rosa, who was elected in 2019. 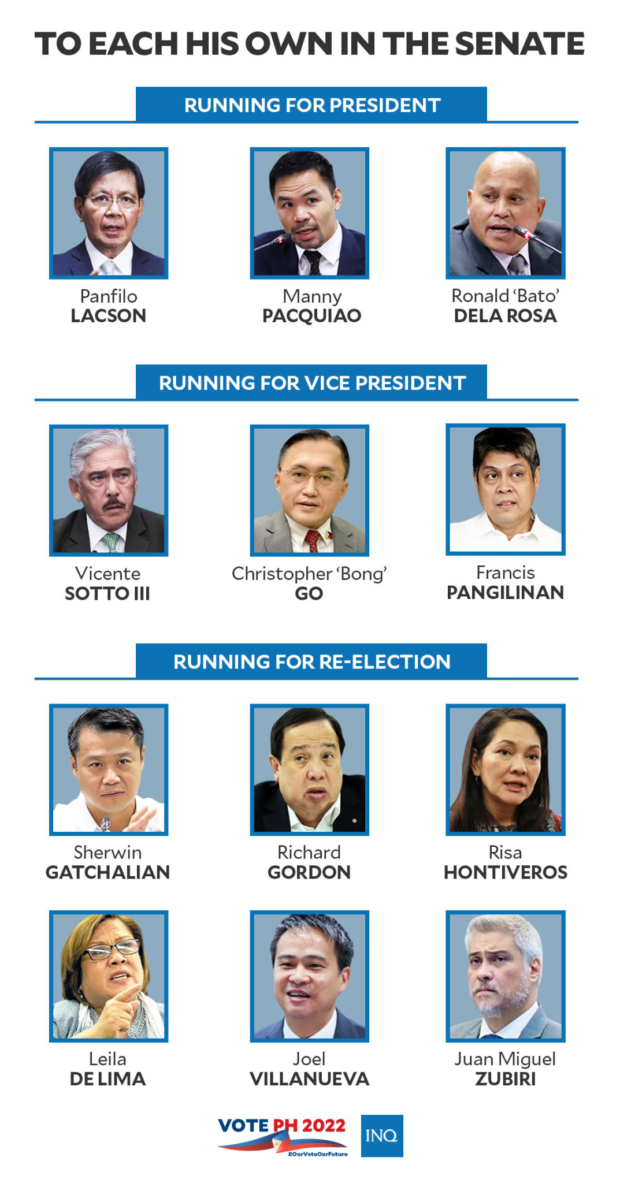 Election Law Prof. Alberto Agra told INQUIRER.net that all incumbent elective officials who are running are not considered resigned. They will hold office until June 30, 2022.

Last July 26, as President Rodrigo Duterte delivered his last State of the Nation Address, the 18th Congress – the Senate and the House of Representatives – convened for its third and final session.

That day, Zubiri said that while there are senators who will prepare for the elections, the Senate will still be able to pass legislation as they will not be able to engage in “traditional campaign activities.”

The Senate commenced its 3rd session last July 26 to Sept. 30. Here are the significant dates of that session as provided by Senate Resolution No. 16: 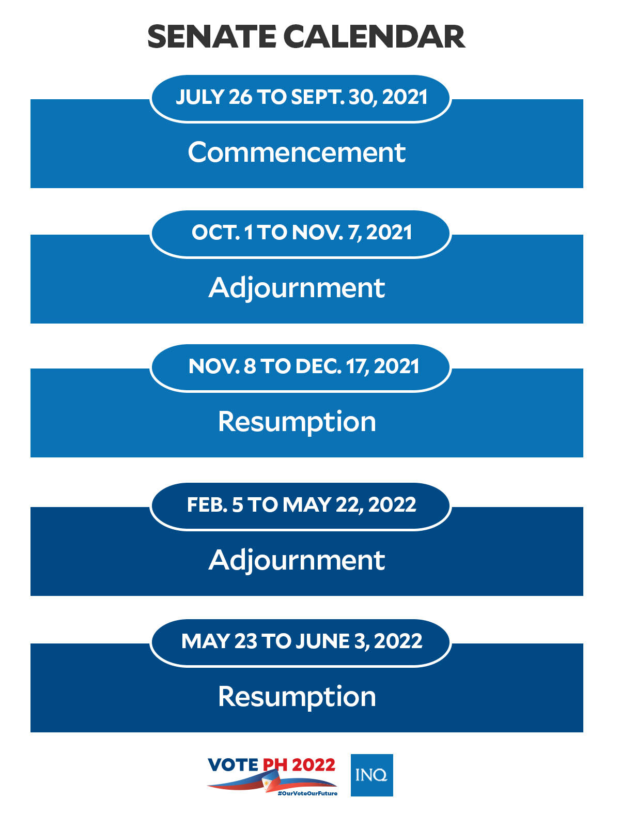 “I think it’s actually going to be easier this time to facilitate Senate business as usual at least for the next two months,” said Zubiri, explaining that the Senate now allows “online attendance”.

While the Senate session is “adjourned” in the midst of the elections, hearings will continue and those who will take part in the elections will “still perform their responsibilities as senators.”

Agra said even if the candidates will engage in campaigns, they should not “relinquish” their responsibilities because otherwise, they will be “remiss of the obligations.”

Section 2, Article 6 of the Constitution states that “the Senate shall be composed of 24 senators” who shall be elected. But why is the country electing only 12 senators every three years?

Section 1, Article 18 of the Constitution said the first Senate elections were held in May 1987 and the 24 senators elected only had a term of five years that ended on June 30, 1992.

Suarez said that with 12 senators being elected every three years since 1992, “the life of the Senate is continuous and shall not at any time be dissolved.”

Through this scheme, he said, 50 percent of the Senate is retained and the other 50 percent is replaced by a new set who may be elected “for the first time or re-elected every three years.”