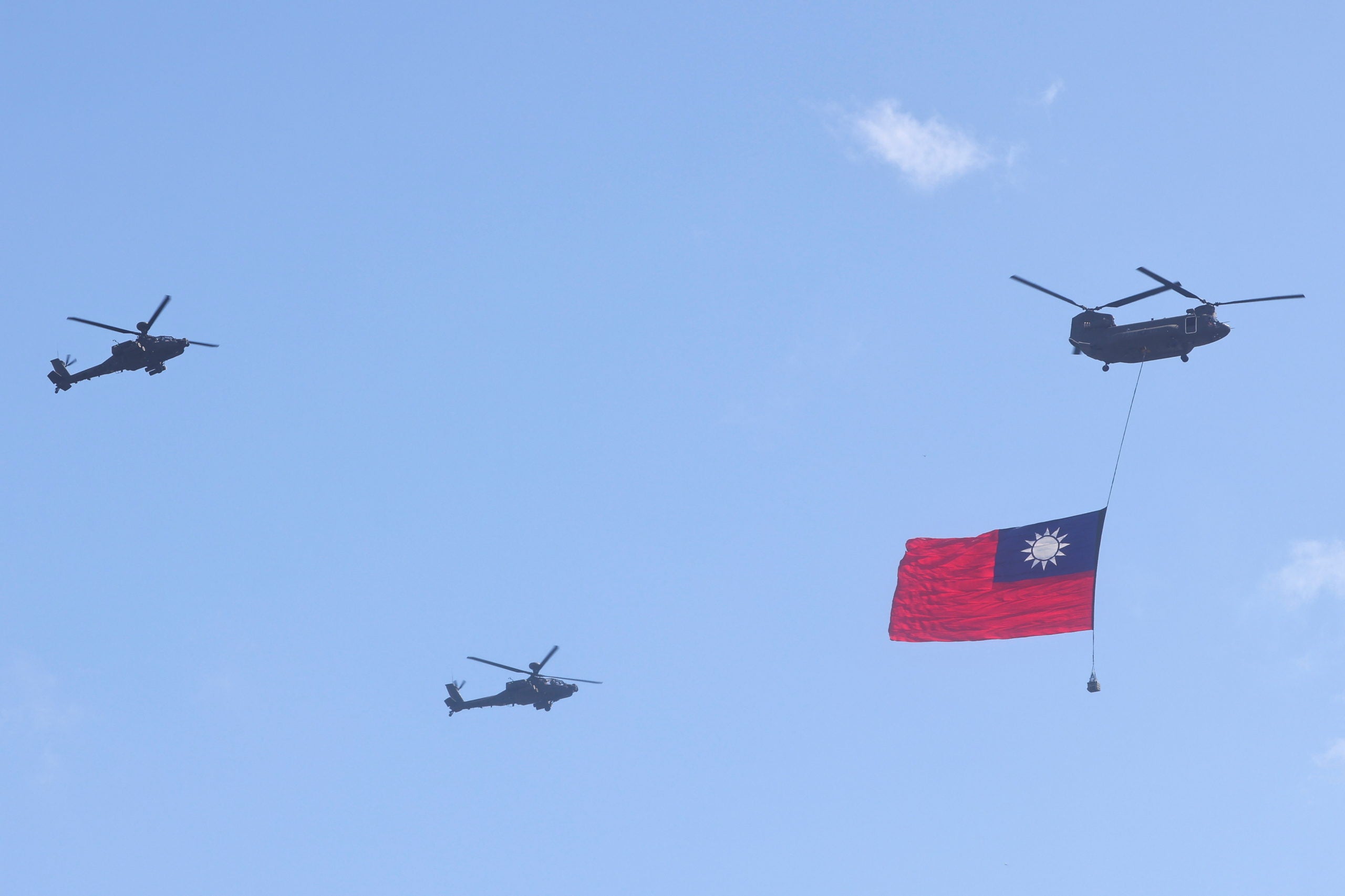 TAIPEI –Taiwan will keep bolstering its defenses to ensure nobody can force them to accept the path China has laid down that offers neither freedom nor democracy, President Tsai Ing-wen said on Sunday, in a riposte to Beijing that its government denounced.

Claimed by China as its own territory, Taiwan has come under growing military and political pressure to accept Beijing’s rule, including repeated Chinese air force missions in Taiwan’s air defense identification zone, to international concern.

Chinese President Xi Jinping vowed on Saturday to realize “peaceful reunification” with Taiwan and did not directly mention the use of force. Still, he got an angry reaction from Taipei, which said only Taiwan’s people can decide its future.

Addressing a National Day rally, Tsai said she hoped for an easing of tensions across the Taiwan Strait and reiterated Taiwan will not “act rashly”.

“But there should be absolutely no illusions that the Taiwanese people will bow to pressure,” she said in the speech outside the presidential office in central Taipei.

“We will continue to bolster our national defense and demonstrate our determination to defend ourselves in order to ensure that nobody can force Taiwan to take the path China has laid out for us,” Tsai added.

“This is because the path that China has laid out offers neither a free and democratic way of life for Taiwan, nor sovereignty for our 23 million people.”

China has offered a “one country, two systems” model of autonomy to Taiwan, much like it uses with Hong Kong, but all major Taiwanese parties have rejected that, especially after China’s security crackdown in the former British colony.

Tsai repeated an offer to talk to China on the basis of parity, but Beijing, responding some nine hours after she spoke, offered condemnation, saying the country must be “reunified” and that seeking independence closes the door to talks.

“The independence provocation by the Democratic Progressive Party authorities is the source of tension and turbulence in cross-strait relations and the greatest threat to peace and stability across the Taiwan Strait,” it added, referring to Tsai’s ruling party.

Beijing has refused to deal with Tsai, calling her a separatist who refuses to acknowledge Taiwan is part of “one China”, and does not recognize Taiwan’s government.

She says Taiwan is an independent country called the Republic of China, its formal name, and that she will not compromise on defending its sovereignty or freedom.

Still, Taiwan’s goodwill will not change, and it will do all it can to prevent the status quo with China from being unilaterally altered, she said.

Tsai warned that Taiwan’s situation is “more complex and fluid than at any other point in the past 72 years”, and that China’s routine military presence in Taiwan’s air defense zone has seriously affected national security and aviation safety.

She is overseeing a military modernization program to bolster its defenses and deterrence, including building its own submarines and long-range missiles that can strike deep into China.

The armed forces were a major part of the National Day parade Tsai oversaw, with fighter jets roaring across the skies above the presidential office and truck-mounted missile launchers among other weaponry passing in front of the stage where she sat.

Taiwan stands on the frontlines of defending democracy, Tsai added.

“The more we achieve, the greater the pressure we face from China. So I want to remind all my fellow citizens that we do not have the privilege of letting down our guard.”