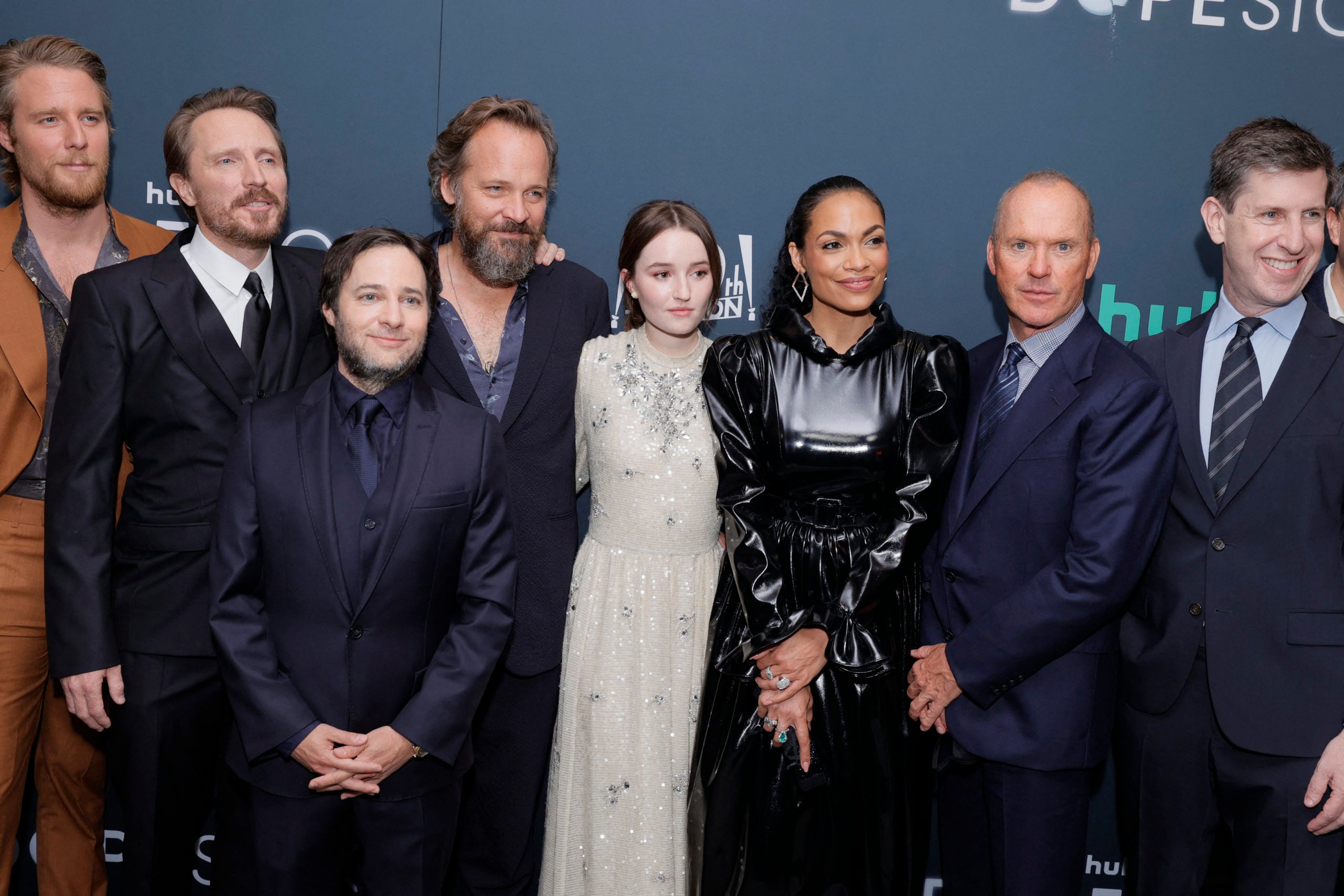 LOS ANGELES – Before he became Batman, Michael Keaton made his dramatic film debut in “Clean and Sober,” an unflinching look at drug addiction during the United States’ 1980s cocaine craze.

Three decades later, he is ready to take on a similar theme.

Ahead of next year’s superhero movie “The Flash” — in which Keaton plays an older version of Batman — he stars in “Dopesick,” a television drama about America’s newest drug epidemic: the opioid crisis.

“I tend to not want to revisit anything,” said Keaton. “But this is societal, and has a much larger canvas or a bigger story to tell.”

“It shines a light on white-collar America and its guilt,” he told a Television Critics Association panel.

The series, streaming on Hulu from October 13, is based on Beth Macey’s non-fiction book “Dopesick: Dealers, Doctors and the Drug Company that Addicted America.”

It explores how Purdue Pharma aggressively pushed OxyContin, a highly addictive prescription painkiller blamed for the country’s opioid crisis that has caused half a million US overdose deaths since 1999.

Macey, a journalist based in Virginia, charted the lost lives of ordinary victims including high school football stars and middle-class moms, in the Appalachian region of the eastern United States seen as the epicenter of the epidemic.

Unlike the early decades of the “war on drugs,” which focused on locking up abusers — including crack addicts, often from urban and minority communities — now “70 percent of all overdoses that happened last year were opioids,” said co-star Rosario Dawson.

In the television series, Keaton plays a doctor in a small mining town, and Dawson a government narcotics agent, who each begin to uncover the scale of the burgeoning crisis.

Both are amalgams of multiple real-life people interviewed by Macey.

Kaitlyn Dever (“Booksmart”) also stars as a mine worker who injures her back and is prescribed OxyContin.

She “is completely unprepared of what is to come in her life, and ends up suffering and going down just a total rabbit hole, and has no control over it,” said Dever.

That was a common fate for thousands of Americans, who were prescribed incredibly potent opioids for often relatively minor injuries, by doctors receiving bonuses from the big pharmaceutical firms such as Purdue.

Once their doctors eventually cut off their prescriptions, and pills were changed to make them harder to abuse, many turned to buying street heroin just to stave off horrific withdrawal effects known as “dopesickness.”

Ordinary addicts became drug mules, forced to take perilous trips to smuggle narcotics back from cities to their rural communities, and paid by dealers in heroin that only exacerbated their struggles.

“If you really look at the exponential damage often done by white-collar crime compared to some kid — I’ll say inner city but it could be a kid out in the country selling a bag of weed to maybe help pay his rent… how do you even compare the two?” said Keaton.

The 70-year-old actor was born and raised in Pennsylvania, close to the heart of a region where the crisis “infiltrated every class group.”

For series creator Danny Strong, the inspiration for making the show was to “expose this in some kind of big mainstream way.”

“The lying, the manipulation, the influence peddling. It’s such a shocking story… I just couldn’t get it out of my head.


For Alex Diaz, Hollywood film ‘Glitter & Doom’ is his biggest break ‘not only as a Filipino, but also as a queer actor’