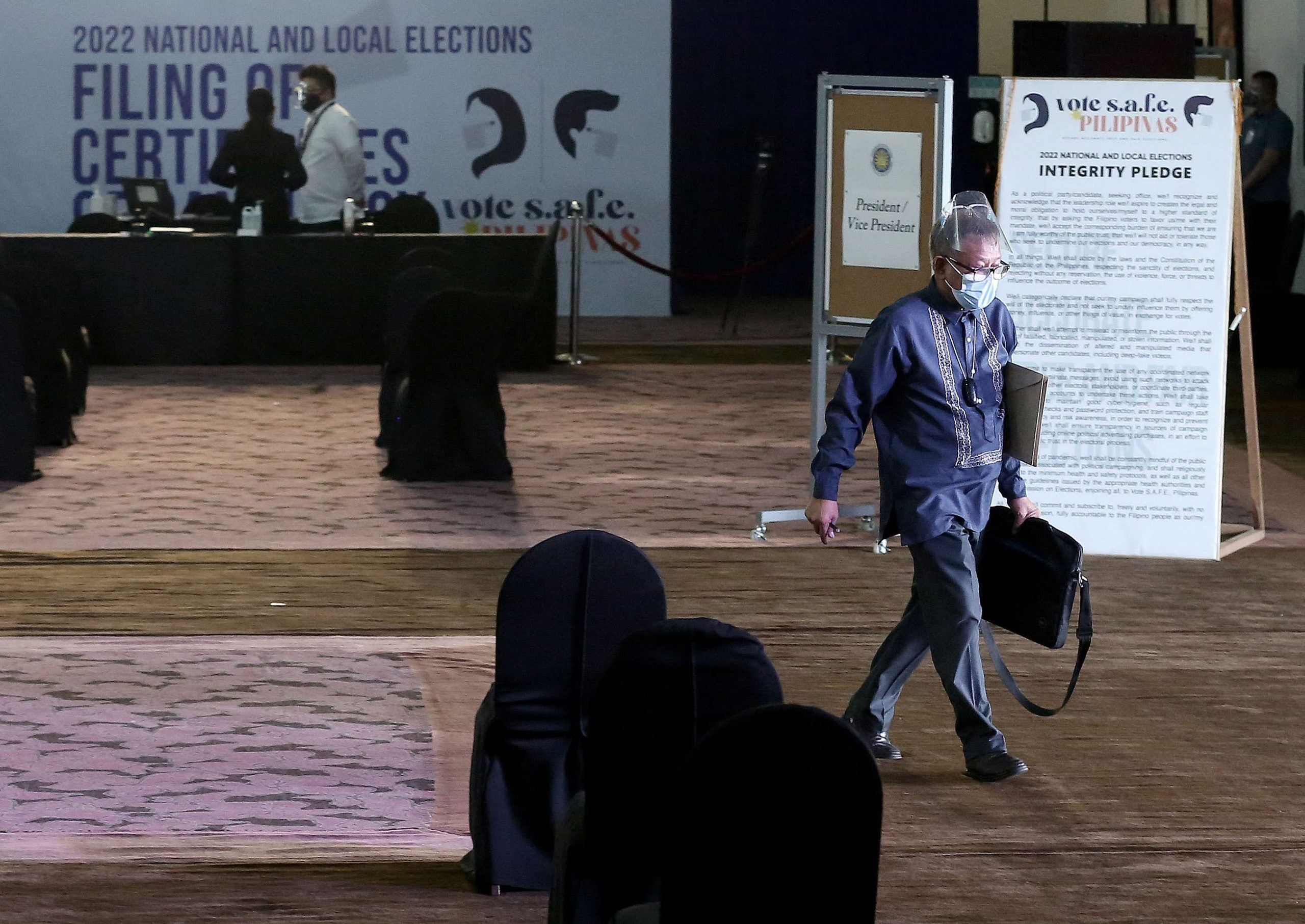 The Commission on Elections’ tent at the Sofitel hotel in Pasay City. INQUIRER file photo / RICHARD A. REYES

MANILA, Philippines — Senator Francis “Kiko” Pangilinan, who is running for vice president, incumbent, and returning senators and some Cabinet members were among those who trooped to the Harbor Garden tent in Pasay City Friday to file their certificates of candidacies (COC) on the last day of filing.

Pangilinan was accompanied by his running mate, Vice President, and presidential aspirant Leni Robredo, when he filed his COC.

Almost all of the expected presidential aspirants have already filed their COCs.

An unfamiliar aspirant also filed his COC for president on Friday.

The Anak ng Maharlikang Pilipino meanwhile was the first partylist to file at around 8:07 a.m. on Friday.

The following aspirants filed their COCs and CONAs on Friday:


‘Dilawan’ no more? Robredo turns to pink — the color of protest, activism