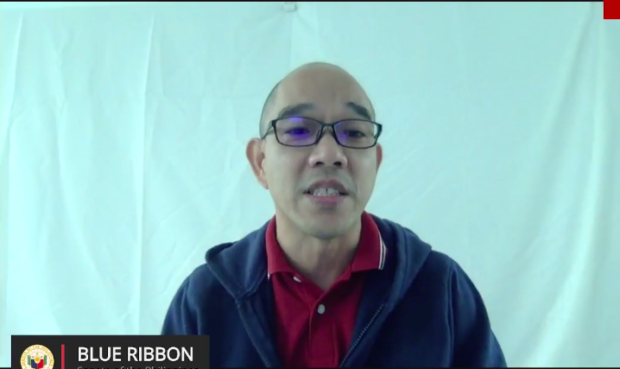 MANILA, Philippines — Christopher Lao, former head of the Procurement Service of the Department of Budget and Management (PS-DBM), on Tuesday claimed the atmosphere in Senate investigations turns “hostile” when answers of resource persons do not satisfy the senators.

But several veteran senators said questioning during Senate probes today are already “very mild” compared to what the situation was in previous Congresses.

“I believe the situation in Senate investigations is hostile when the answers propounded are not satisfactory,” Lao said during the hearing of the Senate blue ribbon committee.

Lao is among the officials being grilled by the panel, which is investigating the government’s pandemic response purchases in 2020.


Pharmally funding came from friends, not me, Michael Yang insists


Robredo, Moreno among 1Sambayan’s top bets to lead opposition in 2022

“I have been in the Commission on Appointments (CA) for ages. I have been a senator since 1992…Itong 18th Congress na mga senador, napakababait,” Sotto said.

(I have been in the Commission on Appointments (CA) for ages. I have been a senator since 1992…The senators in the 18th Congress are already actually very kind compared to before.)

(You may complain about answers being cut off, or whatever, that is nothing.)

The senators now are kind

compared to what I have witnessed.)

Drilon, for his part, even recalled a situation during a CA hearing before wherein a senator threw a glass of water to an official who was up for confirmation.

(I confirm what the Senate President said. In fact…during a CA hearing, someone threw a glass of water before.)

Lao issued his remark regarding the “hostile” environment in Senate probes as he was being questioned by Senator Richard Gordon on the reason why he withdrew his application for the position of Overall Deputy Ombudsman.

Lao resigned from his post as DBM-PS head in June 2021 to apply for the position at the Office of the Ombudsman.

According to Lao, he withdrew his application after “several politicians” aired their opposition against him.

Pressed to name the politicians, Lao refused to do so.

“It’s not that it (questions) makes me uncomfortable. You’re forcing me to mention names, which I don’t want to do because I believe people’s names who are not part of me should remain private. If they want to air their side and say they are the ones who said it, let them be,” the former DBM-PS official said.


Gordon to admin execs: Why let Duterte use you to destroy PH Red Cross?