My Cup Of Liberty


fter food, air, and water, humanity’s second most useful commodities would be fossil fuels. From fishing and sea transport, farming and land transport, storage, air transport and electricity generation, their value and usefulness are beyond question.


Yet fossil fuels are also the most politicized, demonized, most taxed commodities for supposedly causing “environmental damage,” “carbon pollution,” and the “climate crisis.”


I checked revenue data for the P5.024 trillion proposed 2022 budget from the Department of Budget and Management (DBM), Budget of Expenditures and Sources of Financing (BESF) 2022. Seven trends can be inferred from the numbers ( 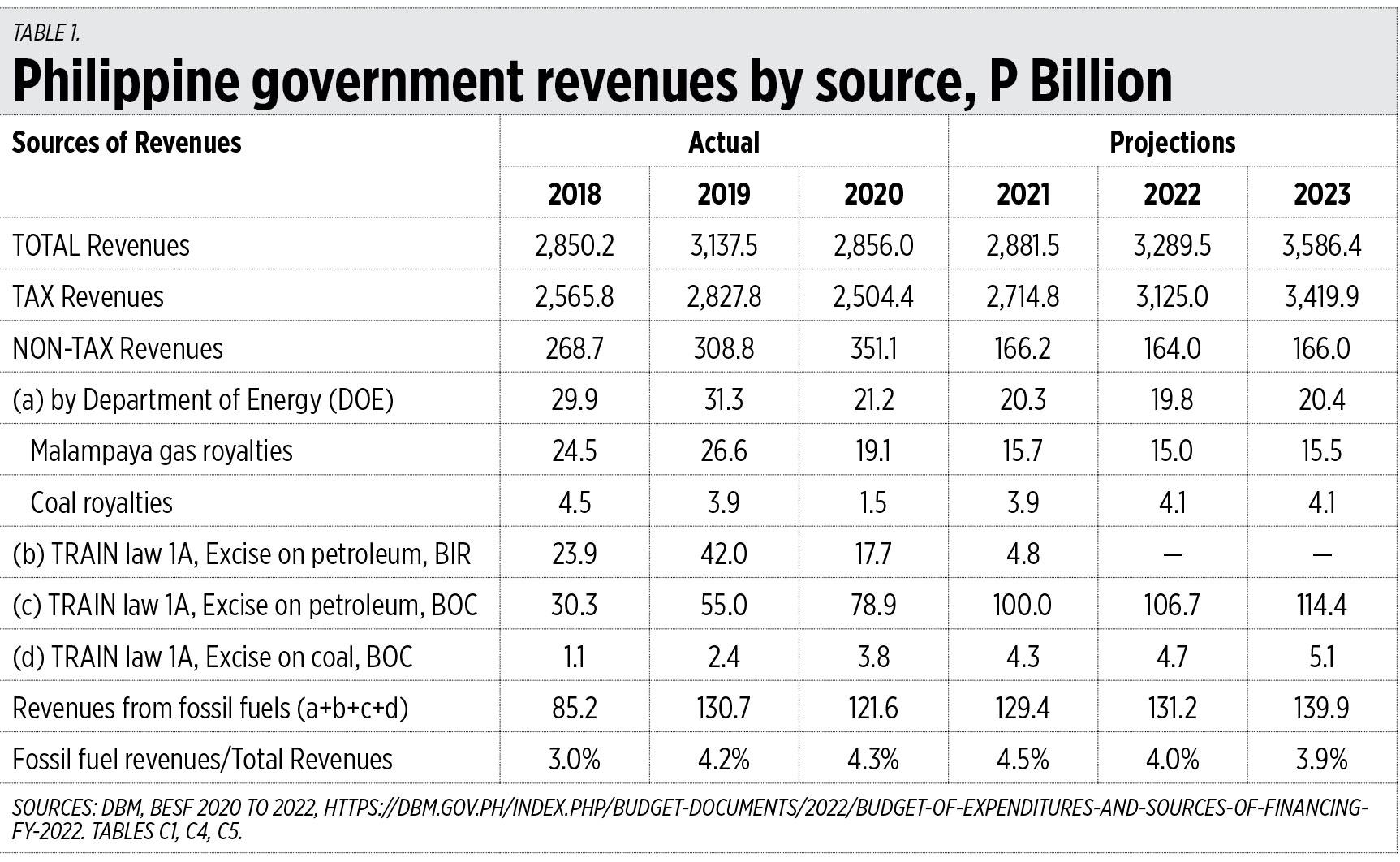 One, excise tax from petroleum products collected by both the Bureau of Internal Revenue (BIR) and Bureau of Customs (BoC) were huge at P97 billion/year in 2019-2020, and projected to rise further to P108.6 billion/year from 2021-2023.

Seven, the huge taxes and royalties from fossil fuels were really meant to finance the various spending and bureaucracies, national and local, and have little or nothing to do with the narratives of fighting “carbon pollution/climate crisis.”

Meanwhile last week, the Independent Electricity Market Operator of the Philippines (IEMOP) conducted its monthly media briefing and among the data presented was the power generation mix for the Luzon-Visayas grids until July 2021. 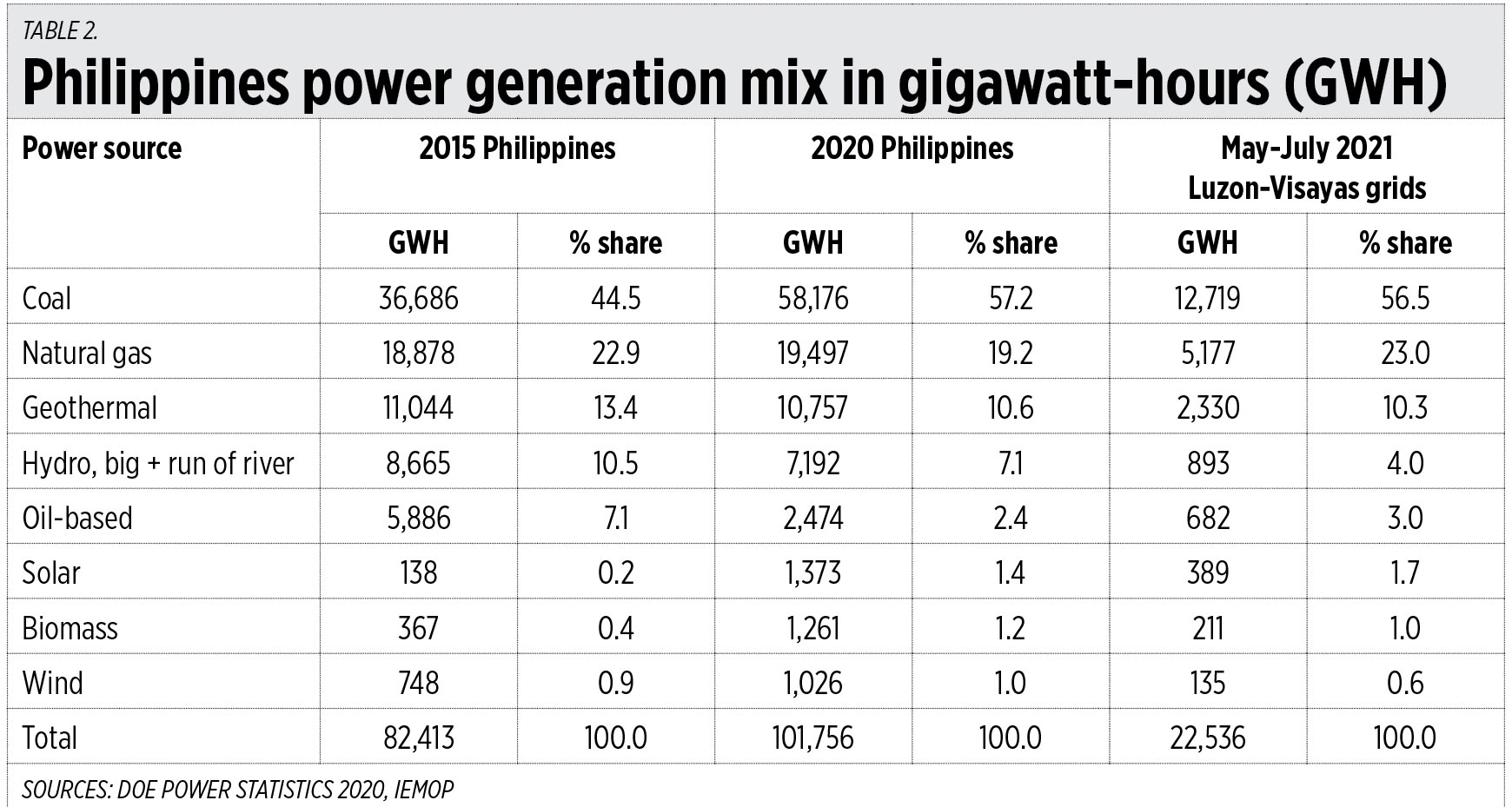 
Then consider these three recent reports in

Higher Fit-All is further proof that the renewables law of 2008 was meant to enrich mainly wind-solar developers whose FiT rates per kwh are nearly double the FiT rates for biomass and run-of-river hydro, make electricity more unstable and more expensive for consumers. And these RE backers want more preferences, more favoritism “to take off.”

And then there is the never-ending financial-technical problems of many provincial electric cooperatives (ECs). Last week the Philippine Rural Electric Cooperatives Assn., Inc. (PhilRECA) issued a statement defending the administrator of the National Electrification Administration (NEA) from corruption charges.

I am not privy to these allegations and counter-allegations, but that big ECs with multi-millions in assets remain under the political protection of a political body called NEA can raise political suspicions. The NEA has a budget of P12.9 billion in 2020, P2.5 billion in 2021, and a proposed budget of P1.8 billion in 2022. We have one-person corporations under the Securities and Exchange Commission (SEC) and yet those huge ECs do not want more transparent rules of SEC to guide them and prefer the political cover by NEA. Not good. All these ECs should become corporations someday.