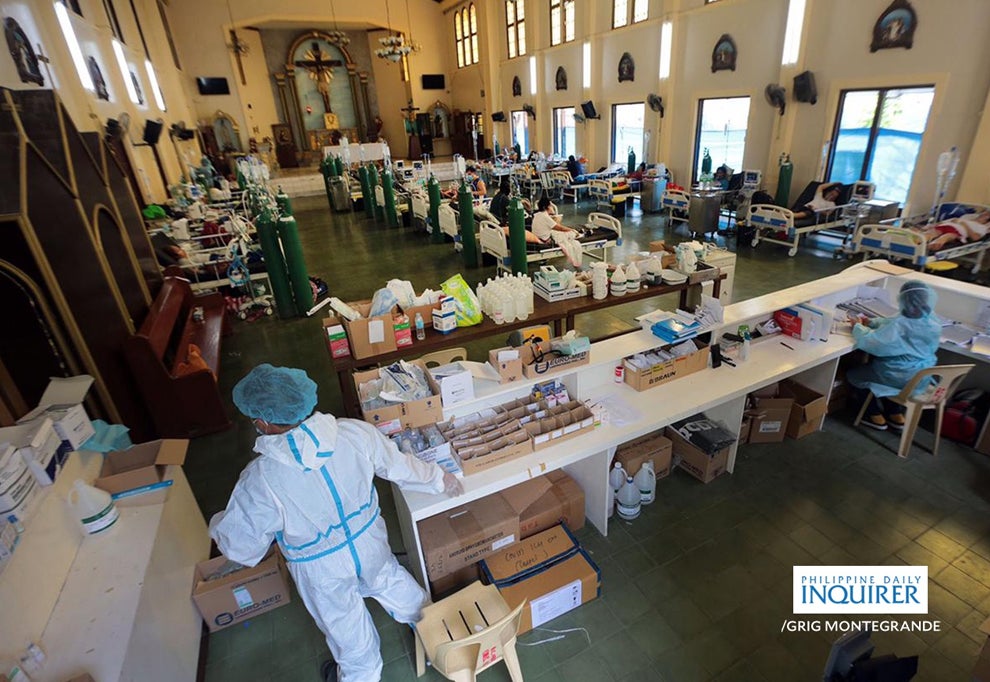 MANILA, Philippines—The stories of people struggling both to breathe and find space in hospitals have become common.

As the country sets new records in the number of SARS-CoV-2 infections, more hospitals in Metro Manila continue to suffer from overcapacity because of a surge in COVID cases and patients.

Twenty-four (24) of 43 hospitals in Metro Manila that had been on critical status because of a tsunami of COVID-19 cases have already reached 100 percent bed occupancy, according to data from the Department of Health (DOH) as of August 28. 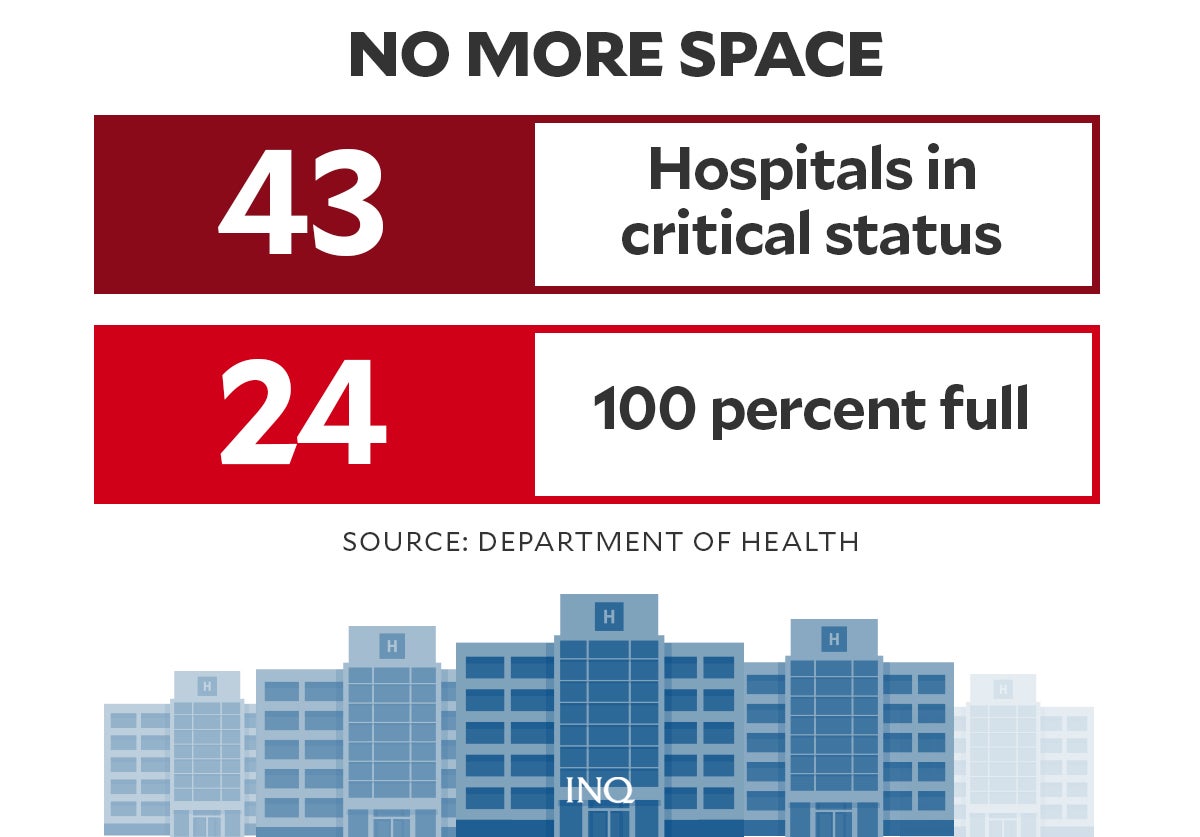 This was a huge jump from the previous 30 hospitals classified as critical last August 9.

At least 32 hospitals were listed as high-risk, also higher than the 13 facilities on August 9.

The recent DOH report also showed that 159 facilities have submitted data and were categorized based on their occupancy levels. 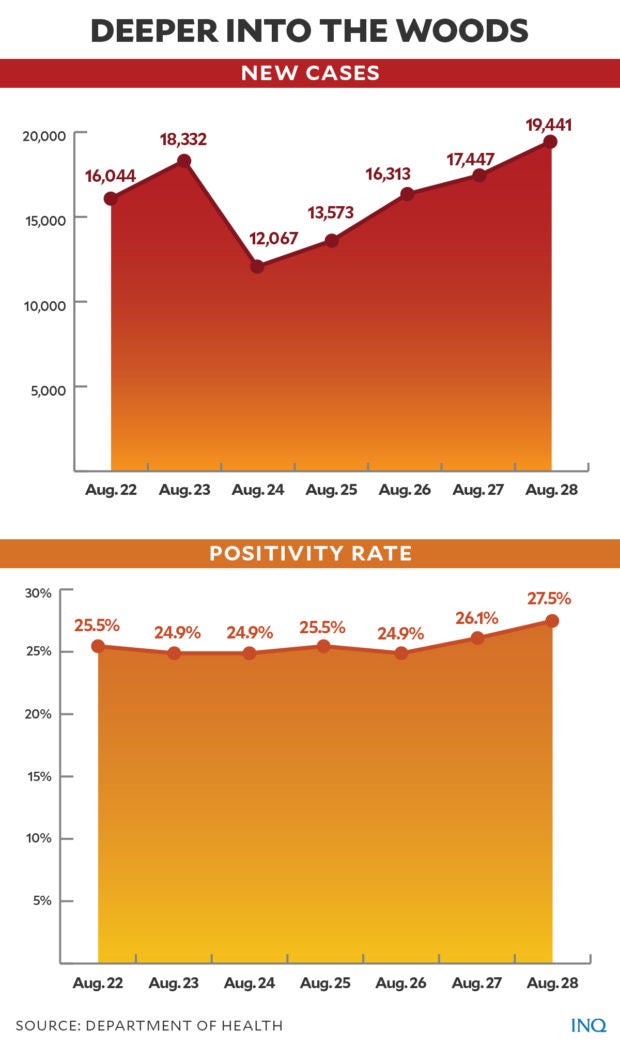 In addition, some 66.46 percent—or 957—of 1,440 total Intensive Care Units (ICU) beds solely for COVID-19 patients in Metro Manila hospitals are already in use, according to the same DOH data.

Overall, the DOH noted that bed occupancy rate for the whole NCR reached 67.4 percent, which the department classified as moderate—6,968 of the total 10,333 beds in use.

Moderate means 60 to 70 percent of COVID beds are occupied.

Safe means the occupancy rate of COVID beds is less than 60 percent.

The same set of DOH data showed that majority, or 16 out of 24, hospitals classified as critical in Metro Manila are located in Quezon City. 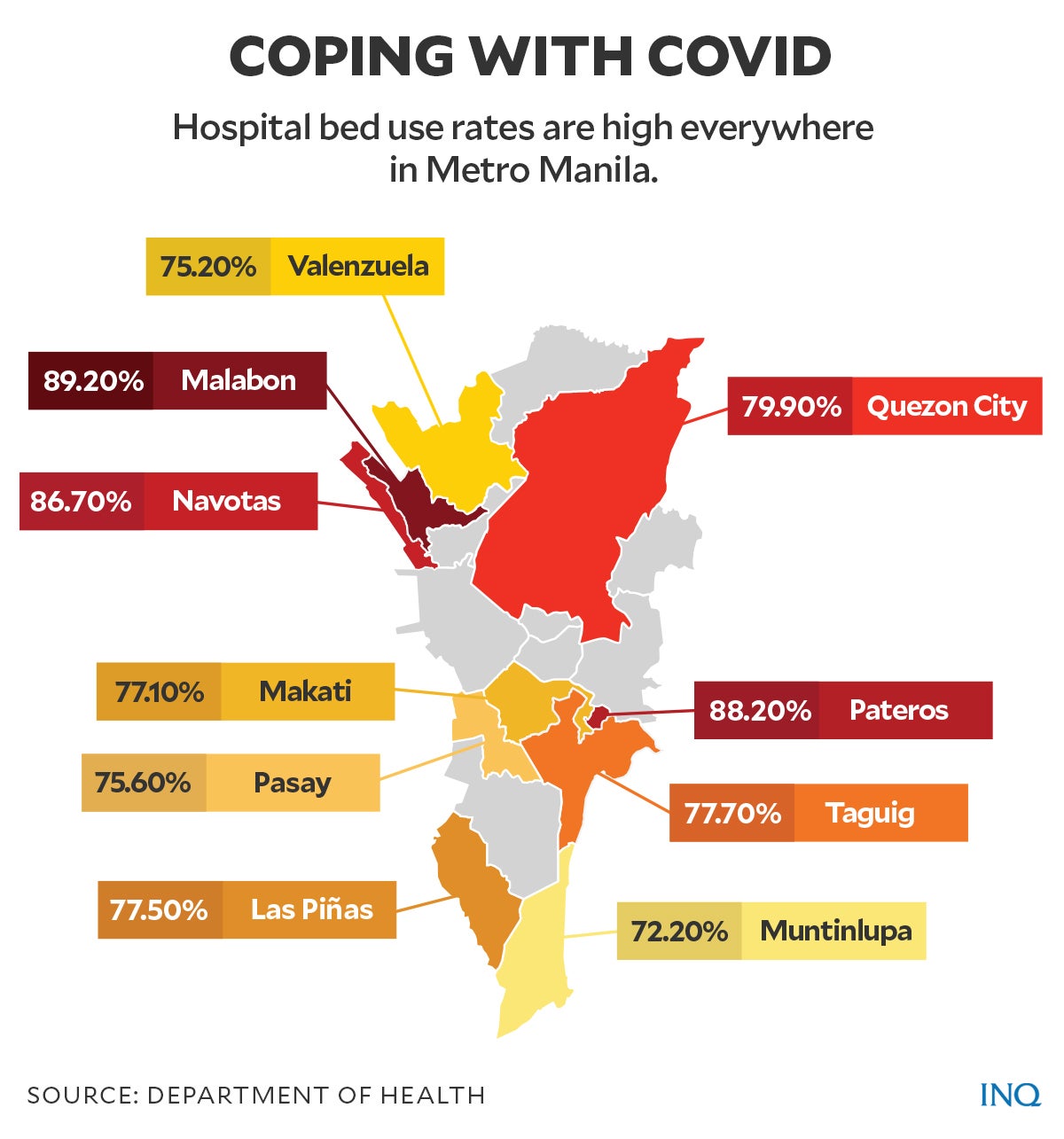 Six hospitals were in Manila, four in Las Piñas, three in Taguig while Muntinlupa, Parañaque, and Valenzuela all had two hospitals each that were considered critical in terms of COVID bed occupancy.

Caloocan, Malabon, Mandaluyong, Marikina, Navotas, Pasig, Pasay, and Pateros had one hospital each considered as critical.

Overall, 10 out of 17 local government units in Metro Manila already have more than 70 percent hospital bed utilization as of August 28.

INQUIRER.net analyzed the most recent available data—August 28, 2021—from the DOH’s COVID-19 tracker.

This report seeks to show how prepared Metro Manila hospitals are, should there be a rush in COVID-19 infections in the capital, which remains the epicenter of the health crisis in the Philippines and accounts for more than half of the country’s economy.

However, only hospitals in Metro Manila that have information on COVID-19 bed allocation for the treatment of new coronavirus patients were included in this article.

Lung Center of the Philippines – 92.8 percent

Our Lady of Grace Hospital, Inc. – No occupied beds

Urology Center of the Philippines, Inc. – No occupied beds