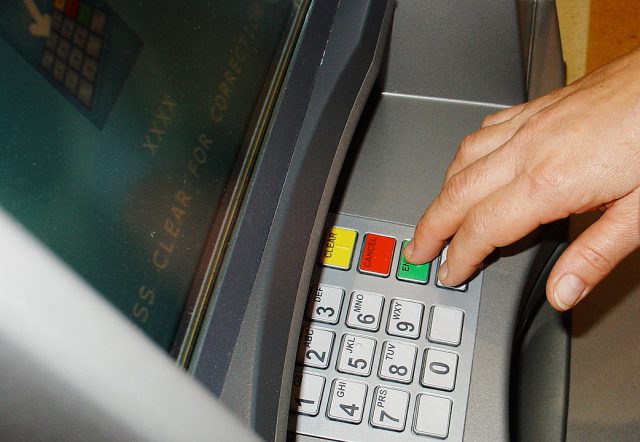 
THE IMPACT of the ongoing coronavirus pandemic continued to weigh on banks in the second quarter as assets grew at a slower pace and bad loans piled up.

The latest edition of

’s quarterly banking report showed the combined assets of 42 universal and commercial banks (U/KBs) rose 2.71% to P18.657 trillion in the April-June period, from P18.165 trillion in the same three months of 2020.

The second-quarter asset growth performance was the slowest in 15 years or since the year-on-year expansion of 1.02% recorded in the first quarter of 2006. Assets fell by 0.6% from a year

earlier in the first quarter of 2008. 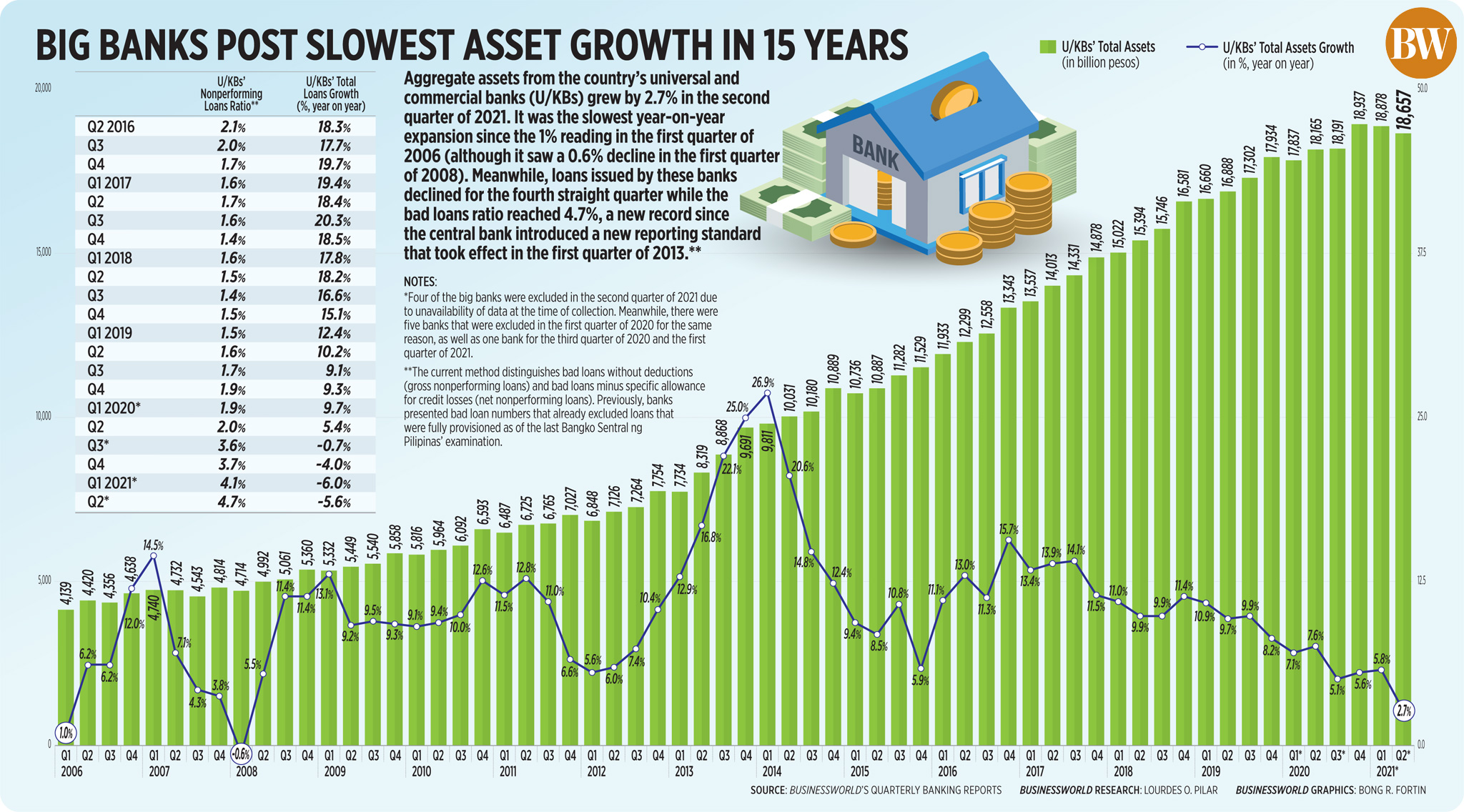 Meanwhile, aggregate loans of these banks fell by 5.60% year on year to P9.223 trillion in the second quarter, slower than the 5.98% decline posted in the preceding quarter. This extended the losing streak to four consecutive quarters.

Asset quality also continued to take a hit in the second quarter as bad loans, also known as nonperforming loans (NPL), rose by 7.53% year on year to P389.16 billion from P361.89 billion in the first quarter of 2021. Compared with the same period last year, soured loans surged by 83.32%.


Loans are deemed as nonperforming once they are left unpaid at least 30 days beyond the due date. They are considered as a risk to the lenders’ asset quality as borrowers are likely to default on these debts.

Likewise, the U/KBs’ nonperforming asset (NPA) ratio — or the NPLs and foreclosed properties in proportion to total assets — stood at 1.46% in the second quarter, higher than the previous quarter’s 1.38% and last year’s 0.91%.

Relative to total assets, foreclosed real and other properties are smaller at 0.26% in the second quarter from 0.28% in the previous quarter.


On the other hand, the big banks’ median capital adequacy ratio — or the ability to absorb losses from risk-weighted assets — stood at 22.34% in the second quarter, higher than 19.78% in the previous three-month period, as well as above the required minimum of 10% set by the Bangko Sentral ng Pilipinas and the international standard of 8% set under the Basel III framework.

BDO also remained on top in terms of loans issued with P2.175 trillion with Bank of the Philippine Islands and Metrobank coming in at second and third with P1.355 trillion and P1.138 trillion, respectively.

Among banks with assets of at least P100 billion, the Development Bank of the Philippines (DBP) continued to post the fastest year-on-year asset growth with 35.93%, followed by the Hongkong & Shanghai Banking Corp. Ltd. (22.71%) and Rizal Commercial Banking Corp. (RCBC, 17.85%).

Research has been tracking the

nancial performance of the country’s big banks on a quarterly basis since the late 1980s using banks’ published statements.

The statements of conditions of four U/KBs were not available as of Aug. 25 when the compilation of the financial data was concluded. The four banks are Bank of China Ltd., Citibank NA, CTBC Bank and Robinsons Bank Corp.

The full version of

s quarterly banking report will soon be available for download at