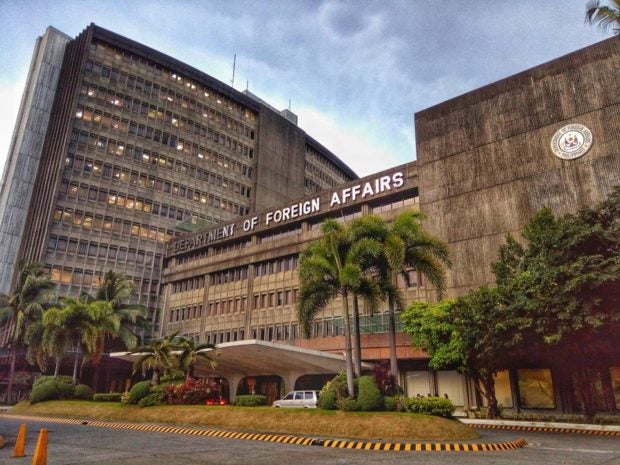 The Department of Foreign Affairs. (Photo from its Facebook page)

MANILA, Philippines — A total of 187 Filipinos have so far been evacuated from Afghanistan amid the political upheaval there, the Department of Foreign Affairs (DFA) said Monday.

The last batch being repatriated is composed of two Filipinos who are now in the United Kingdom and Doha in Qatar.

“There are now eight Filipinos intending to join the government’s repatriation effort. All 24 remaining plan to join evacuation efforts, but through different channels and timelines,” the DFA said.

“Meanwhile, the Philippines strongly condemns the terrorist attacks and continuing threats in Afghanistan. We express our sincere condolences to the families of the victims and our fervent hope for the swift recovery of those who were injured,” it added.

The DFA earlier raised Alert Level 4 in the troubled nation.

“Alert Level 4 is raised when there is large-scale internal conflict or full-blown external attack. Under this Alert Level, the Philippine government undertakes mandatory evacuation of all Filipinos in the area,” the DFA said.