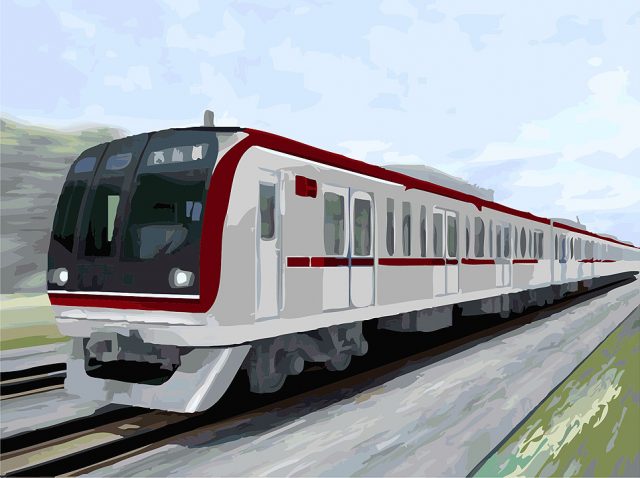 THE GOVERNMENT is aiming to start the construction of a China-funded rail line from Calamba, Laguna to Daraga, Albay by March next year, the Transportation department said.

The P142.48-billion design-and-build contract of the railway project, also known as the Banlic (Calamba)-Daraga segment of the PNR South long-haul project, is targeted to be awarded in October, the o

ce of Transportation Undersecretary for Railways Timothy John R. Batan said in a statement sent to

Bid documents posted on the o

cial website of the department showed that the 380-kilometer project involves the construction of 23 stations and a depot.

The partial operability segment is from San Pablo, Laguna to Pagbilao, Quezon. It is expected to start operations in the second quarter of 2022.

The full operation of the PNR project is slated for 2025.

In its invitation to bid, the Transportation department said completion of the construction works is required within 36 months.

Bidders should have completed a contract similar to the project within the last 20 years, it added.

Apart from this PNR project, the other railway projects funded by China’s o